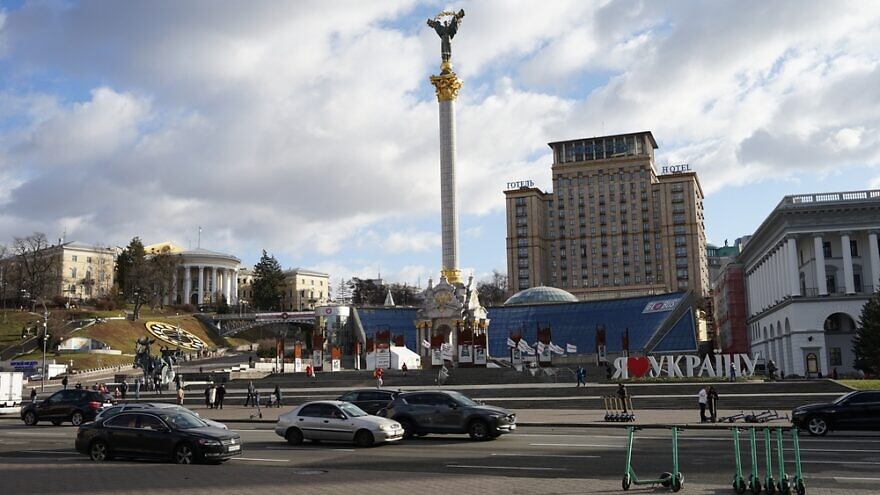 (February 24, 2022 / JNS) Chief Rabbi of Kyiv Jonathan Markovitch and his wife Inna are hoping for the best as Russian forces bombard Ukrainian cities. Hunkered down in Kyiv, where they run the Kyiv Jewish Center, the Markovitchs said they decided to stay in the city “because we have a flourishing community of 2,500 here that depend on us.”

Thousands of citizens around Ukraine are fleeing westward in the hopes of escaping what could turn out to be a brutal and dangerous war with many casualties and injuries.

However, not everyone is fortunate enough to be able to leave.

Speaking to journalists on a Zoom call arranged by Jerusalem-based MediaCentral, the Markovitchs explained the dire situation they face.

“Many have nowhere else to go,” Jonathan said. “Those who left are either wealthy or young. The people who stayed are unable to leave either for financial or health reasons. We decided to stay with them.”

They said they prepared stocks of food, mattresses, water and fuel so that people can come to the center and take what they need.

Thousands of citizens, including Jews, are in Kyiv because they cannot leave. Highways are jammed and one family even turned around and returned to Kiev after giving up. 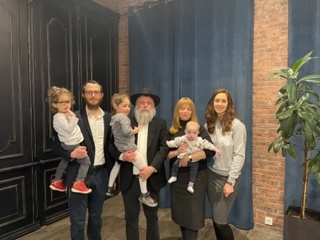 Inna described the frightening situation and the poor preparation and communication by Ukrainian authorities.

“We saw smoke. It seems the airport was bombed so there are no flights out,” she said. “It was very frightening because there is no infrastructure here in Kiev. There are no bomb shelters, organized information or help from the government like we are used to in Israel. People are being advised to go to metro stations which are deep underground, but we live 20 minutes away from the closest metro station.”

Inna said that instructions are contradictory and “there is no one clear voice we can listen to.” She said that the Israeli embassy had advised citizens to leave Kyiv, but the French embassy recommended staying.

The synagogue is currently being used as a communal space. The Markovitchs prepared 50 mattresses and plenty of food ahead of time to assist community members in need.

“There is no bomb shelter but at least we can be together and cheer each other up,” Jonathan said.

Fearing riots and looting, the likes of which had occurred in 2014, the couple had arranged for a security company to protect the center, but they disappeared after demanding double the price they had originally quoted.

The Markovitchs also tried to organize buses, but the drivers were unable to get anywhere once Russian forces began bombing the city.

“We tried to organize many things and we have been successful on many fronts,” Jonathan said. “Some things we were successful with but some less.”

Their daughter-in-law Sherry explained the fear and panic when the air-raid sirens sounded Thursday morning.

“The city is empty. Most citizens have left Kiev,” she said.

She said that she is “packed and ready to go” should the need arise.

The question is, where will they go?

“We don’t know yet, but we have our passports ready,” she said.

Asked if they are connected to other Jewish communities in Ukraine, the Markovitchs answered in the affirmative.

“We have cooperation with all of the Ukrainian Jewish communities. We are in touch through WhatsApp,” Rabbi Markovitch said.

Rabbi Markovitch said he isn’t yet sure what they are doing and will base their decision on how the situation develops. ​​

“We plan to stay here and help those who need help,” Inna said. “We stayed because we feel obliged to the community. We feel responsible for the people who stayed.”