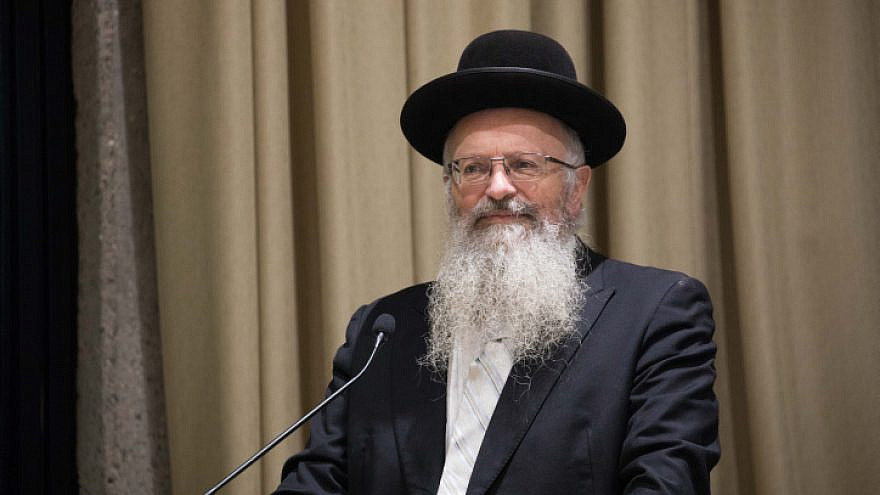 (June 1, 2021 / Israel Hayom) Tzfat Chief Rabbi Shmuel Eliyahu, one of the most prominent figures in Israel’s religious Zionist movement, threatened on Sunday to sever ties with Yamina politicians Naftali Bennett and Ayelet Shaked if the two form a coalition with the left.

In a Facebook post, he explained that the left-wing political parties threaten to undermine Judaism and settlements, and that siding with them would constitute a betrayal.

Yamina leader Bennett had earlier announced his intention to join Yesh Atid Party leader Yair Lapid in building a unity “change” government that would include parties from across the Israeli political spectrum, and send reigning Prime Minister Benjamin Netanyahu into the opposition.

Rabbi Eliyahu noted that the movement had forgiven Bennett and Shaked once before, when the two took advantage of the Bayit Yehudi Party and split from it right before an election, and warned that the two would not be forgiven again.

“Remember that when this government fails, you will have nowhere to go back to. We promise. Whoever fooled us and betrayed us has lost our trust forever, ” he wrote.