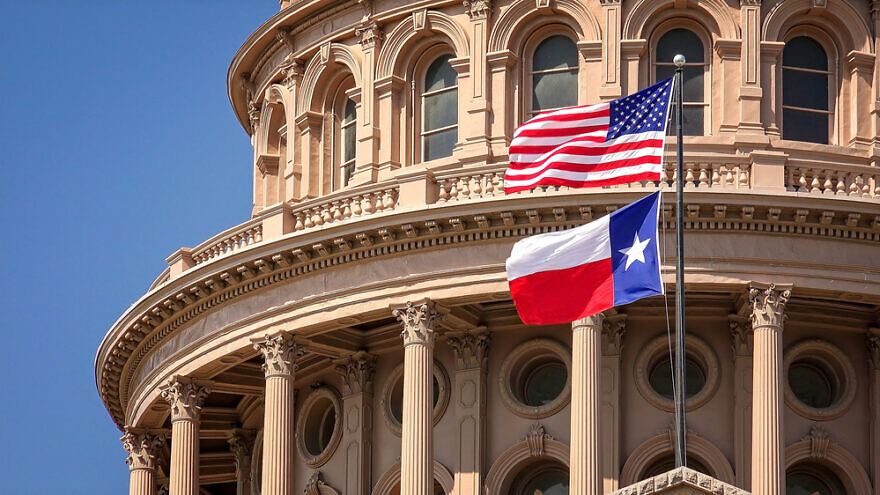 In a news release, the Brandeis Center called a January ruling by a federal district court “nothing less than a naked assault on principles of equal treatment” and “has no basis in the law.”

The U.S. Court of Appeals for the Fifth District began reviewing briefs filed in the case, which was appealed by Texas Attorney General Ken Paxton, after the lower court’s ruling that put an injunction on the law.

Hadassah, the Women’s Zionist Organization of America, joined the Brandeis Center in filing their brief.

The Brandeis Center argued that Texas’s anti-BDS law targeted conduct that discriminated against Israel, not speech, and that courts have long ruled that the First Amendment does not protect against discriminatory action.

According to the Brandeis Center, the judge failed to recognize the longstanding precedent upholding the constitutionality of laws that prevent government employees and contractors from discriminating, and that states cannot be required to use public funds to subsidize discrimination.

The Texas anti-BDS law disincentivized state contractors from engaging in discriminatory boycotts of Israel but had no impact on speech against Israel.

The law was challenged by the Houston-based A&R Engineering and Testing Co., which when its contract with the city of Houston was up for renewal was asked to certify that it does not and will not boycott Israel.

The owner of the company, Ramsy Hassouna, testified that he is not anti-Semitic though is a proponent of the BDS movement.

“Under Texas law, contractors are, in fact, permitted to speak passionately and to advocate openly in support of a boycott of Israel. An economic boycott, though, is discriminatory conduct, not speech, and is not protected by the First Amendment,” the release stated.

The brief cited cases such as Grove City College v. Bell, in which a judge rejected a challenge to a law that required recipients of federal tuition assistance to certify that they do not discriminate based on sex. In Bob Jones University v. U.S., the judge ruled that conditioning tax-exempt status on a university’s adoption of non-discrimination policies does not infringe on First Amendment rights.

The Brandeis Center wrote in its brief that there are many laws that “require government contractors to refrain from discrimination on the basis of national origin, race, religion or other classifications as a condition to receiving government contracts.”

So far, 32 states have similar anti-BDS laws as Texas with 22 requiring contractors to certify their compliance.

Kenneth L. Marcus, founder and chairman of the Brandeis Center and former assistant U.S. secretary of education for civil rights, said the litigation is a nuisance, but he’s confident that at the end of the day, the law will be found constitutional.

The federal government also requires its contractors to refrain from discrimination based on national origin and race. A boycott that focuses on a single country is considered national origin discrimination, according to the Brandeis Center, subjecting people and products from that nation to adverse treatment.

“Legislatures routinely impose conditions on government contracts for reasons like wanting to protect against discrimination. It’s only when anti-Semitism is at issue that people start yelling about the freedom of speech,” said Marcus. “I strongly support the First Amendment, and I think it’s right to be very careful to protect the freedom of speech, but in this case, we’re talking about a basic provision to prevent Texas taxpayer money from paying for discriminatory conduct.”

The result of the case will not only impact Texas but will be felt in other states where BDS laws face similar challenges from those claiming that boycotting Israel is not discrimination against Jews.

“For those people who are trying to marginalize and stigmatize and hurt the Jewish people, there is no bigger, stronger, more threatening tool than the BDS movement,” said Marcus. “So it’s nonsense to suggest that a BDS proposal is separate from anti-Semitism. They’re anti-Semitic through and through. To support BDS is to be engaged in a form of discrimination, and it should be treated that way.”