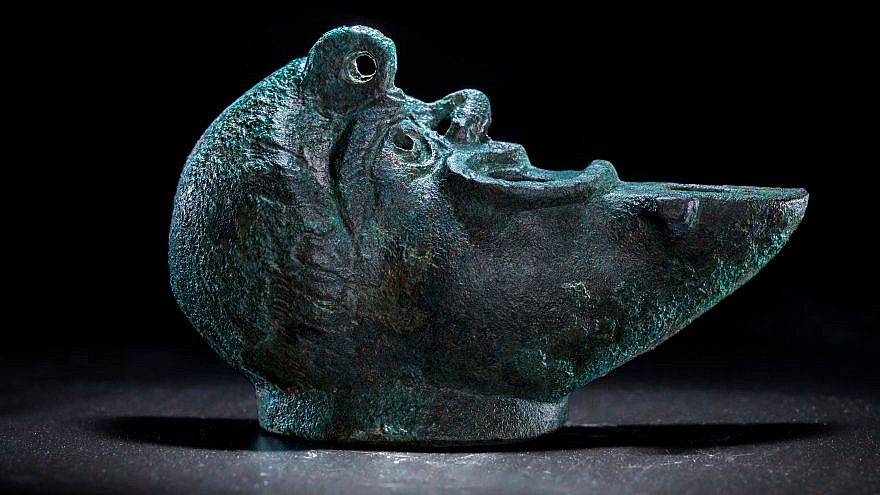 (May 5, 2021 / JNS) A rare bronze oil lamp, shaped like a grotesque face cut in half, was recently discovered during excavations in Jerusalem’s City of David National Park, the Israel Antiquities Authority announced on Wednesday.

The lamp—described by IAA archaeologists Ari Levy and Yuval Baruch as a “very unique find”—was unearthed in the foundations of a building dating to the Roman period, after the destruction of Jerusalem and the Second Temple in 70 C.E.

Levy and Baruch believe that the lamp was placed there deliberately, to bring good fortune to residents.

“Foundation deposits [ritual offerings] were prevalent in the ancient world, and were intended for luck and to ensure the continued existence of the building and its occupants,” they explained.

According to Levy, director of excavations at the site, the fact that such a massive structure was built after Jewish Jerusalem was destroyed indicates that the area continued to be important even after the destruction of the Second Temple. 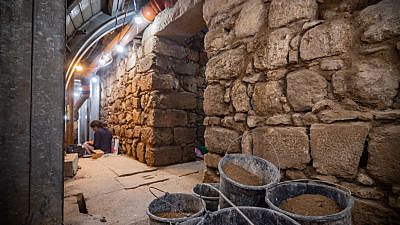 The building on Pilgrimage Road in the City of David in Jerusalem, where a rare bronze oil lamp was recently discovered. May 5, 2021. Credit: Israel Antiquities Authority.

However, he added: “It is possible that the importance of the building, and the need to bless its activity with luck by burying a foundation deposit, was due to its proximity to the Siloam Pool, which was also used in the Roman period as the central source of water in the city.” 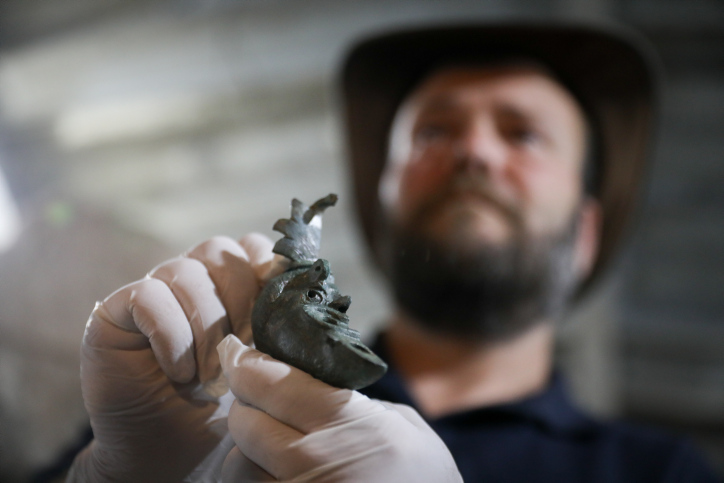 A worker from the Israel Antiquities Authority holds up a bronze oil lamp, from the Roman period, discovered during excavations in the City of David, by Jerusalem’s Old City. May 5, 2021. Photo by Noam Revkin Fenton/Flash90.

According to Baruch, “Decorated bronze oil lamps were discovered throughout the Roman Empire [and] for the most part … stood on stylish candelabras or were hung on a chain. Collections around the world contain thousands of these bronze lamps, many of which were made in intricate shapes, indicating the artistic freedom that Roman metal artists possessed.”

This lamp, however, is a “very rare object, with only a few discovered in the whole world, and is the first of its kind to be discovered in Jerusalem,” he said.

The excavation was conducted by the IAA and funded by the City of David Foundation, the Israeli Tourism Ministry, the Ministry of Jerusalem and Heritage and the Jerusalem Development Authority.