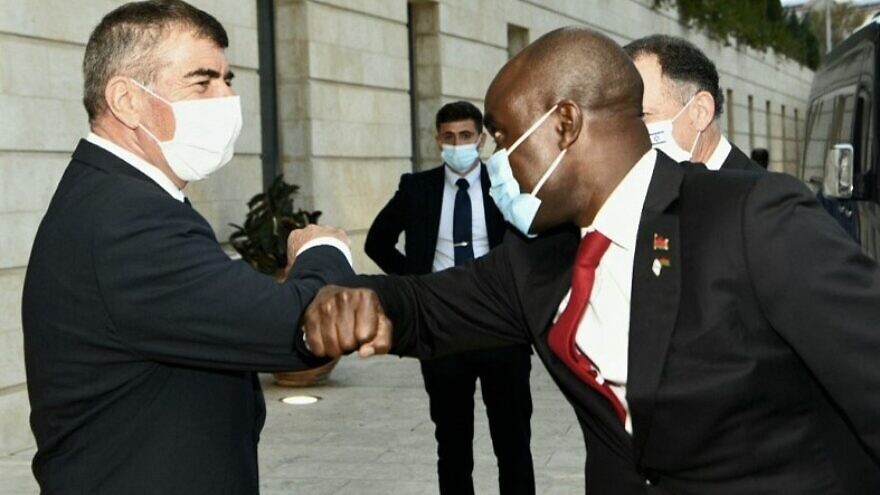 (November 4, 2020 / JNS) Malawi President Lazarus Chakwera announced in a video message on Tuesday that his country intends to establish a permanent embassy in Jerusalem by next summer.

The message was delivered by Malawi Foreign Minister Eisenhower Mkaka during a meeting with Gabi Ashkenazi, his Israeli counterpart.

Malawi would be only the third country after the United States and Guatemala—and the first African country—to currently have its embassy in the Israeli capital.

While a number of countries, mostly African and Latin American, once had embassies in Jerusalem, they were closed following the 1973 Yom Kippur War.

Honduras, Croatia, Serbia and Kosovo have all recently announced their intentions to establish embassies in the Israeli capital.

Ashkenazi congratulated the government of Malawi for the “groundbreaking decision,” which he said was further testament to the bonds between the two countries, according to a statement from the ministry.

Malawi has maintained full diplomatic relations with Israel since 1964.

“The city of Jerusalem, Israel’s eternal capital, will be a bridge of peace to the entire world, and I call on other countries to follow Malawi’s example and transfer their embassies to Jerusalem, the capital of Israel,” said Ashkenazi.

Malawi Foreign Minister Eisenhower Mkaka called the decision a “bold and significant step,” according to Reuters.

During his meeting with Ashkenazi, Mkaka congratulated Israel for its normalization of relations with Arab and Muslim states, according to the report.

Correction: This article originally incorrectly stated that Malawi would be the first African country to establish its embassy in Jerusalem.