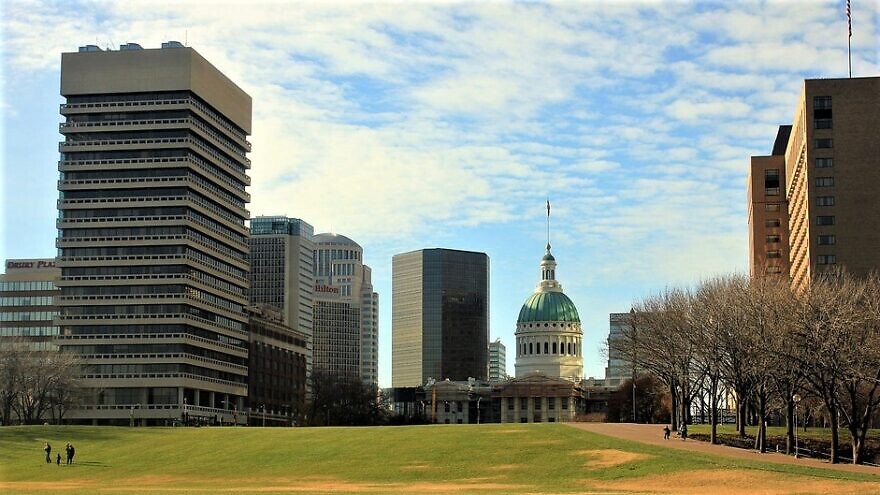 (August 12, 2022 / JNS) A man from St. Louis admitted in court that he threatened to bomb a local synagogue while people were inside, the U.S. Department of Justice announced on Monday.

Cody Steven Rush, 30, pleaded guilty in front of U.S. District Judge Henry E. Autrey to the use of a telephone and instrument of interstate commerce to make a threat, a charge that carries a potential prison sentence of up to 10 years.

He gave his name to the FBI dispatcher and said his target was the Central Reform Congregation in St. Louis. Rush told the FBI agent on the call that he would act on his threat the next morning when people were inside the synagogue, and that he “hated Jews.”

He apparently called back later and again threatened to attack the synagogue “while they are in service.” When the FBI agent on the call asked Rush if had anything to add, he replied: “Yeah, that I hate them with rage.”

Rush called the FBI a third time and shared that he was on the same street as the synagogue, according to the U.S. Department of Justice. He made additional threats when the FBI called him back.

He was arrested and is scheduled to be sentenced on Nov. 8.