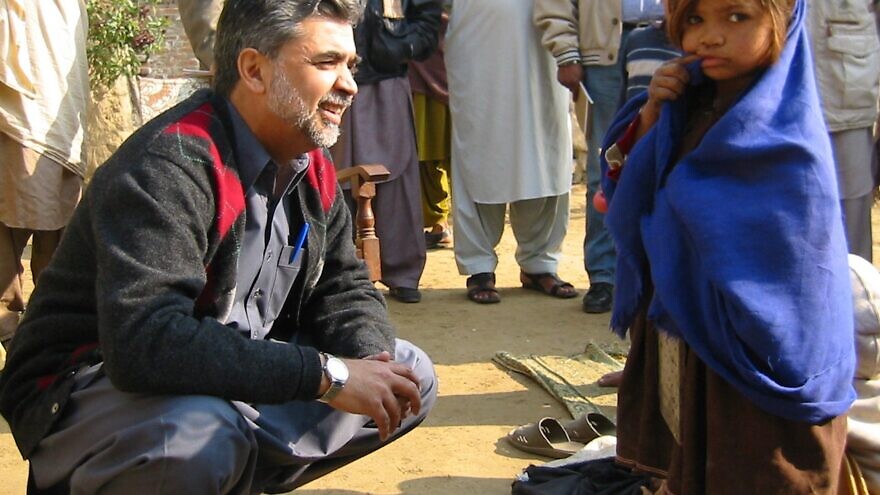 (October 7, 2022 / JNS) Israel hosted a delegation from Pakistan last month, marking the latest step toward diplomatic normalization between the Jewish state and a Muslim-majority nation.

A Pakistani delegation led by Nasim Ashraf, the country’s former minister of state for human development, met with Israeli President Isaac Herzog on Sept. 23. The delegation was hosted by Sharaka, an NGO fostering Israeli-Arab cooperation formed in the wake of the Abraham Accords, in cooperation with the American Muslim and Multifaith Women’s Empowerment Council (AMMWEC).

In a statement, Sharaka said it was “honored to be leading efforts to build bridges of dialogue and understanding between Pakistan and Israel.”

“Hopefully, this interaction will lead to normalization and warm ties between the countries one day,” Dan Feferman, director of communications and global affairs at Sharaka told JNS. “Israel and Pakistan both need brave individuals to visit Israel and see the country more than anything.”

“Israel has no animosity towards Pakistan, as our guests saw firsthand,” he added.

Sharaka’s co-founder, Amit Deri pointed to Israel’s innovation as a way to strengthen the bond.

“So much of Israel’s innovation, especially in water and agriculture technology, can benefit the Pakistani people, especially as they suffer horrible flooding,” he said.

Sibti Arif, a Pakistani journalist living in Dubai who was part of the delegation, agreed.

“Israel is purifying sewage water, distilling water from air, and creating a host of e-commerce and entrepreneurial opportunities,” he told JNS. “It seems that the sky’s the limit for them.”

Arif said that there are many Pakistanis who believe a normalized relationship with Israel will reap “economic and diplomatic benefits” if Pakistan normalizes relations with Israel.

“I believe that establishing business ties between the Pakistani expat community and Israel will help to create trust between Israel and Pakistan, which could improve relations between the countries,” he said.

According to Sharaka, they are receiving messages of support from members and social media about how to get involved with normalization efforts.

The visit follows several recent contacts between Israel and Pakistan, including Herzog acknowledging that a group of Pakistani expatriates had visited Israel in May, crediting the Abraham Accords for making it possible.

“This was an amazing experience because we haven’t had a group of Pakistani leaders in Israel ever in such scope and that all stemmed from the Abraham Accords, meaning Jew and Muslim can dwell together in the region,” Herzog said at the World Economic Forum in Davos.

A British-Pakistani aide to then-Prime Minister Imran Khan visited Israel in 2020 and met with the head of the Mossad. That same year, Saudi Arabia reportedly pressured Pakistan to join the Abraham Accords, and Pakistani cleric and politician Maulana Muhammad Khan Sherani, who advised Pakistan on Islamic law as the Chairman of Pakistan’s Council of Islamic Ideology, publicly supported normalizing ties with Israel, even stating that Israel’s existence as the homeland of the Jews was written in the Quran.