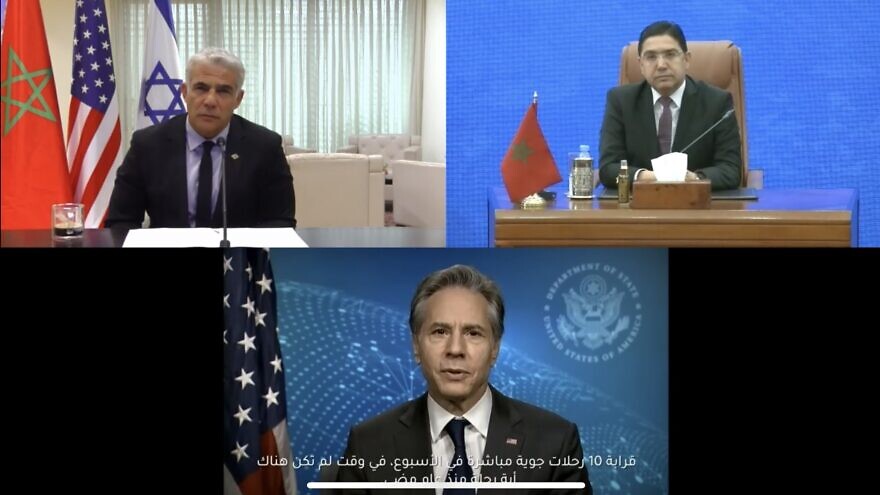 (December 23, 2021 / JNS) Morocco, Israel and the United States marked a year since the founding of diplomatic relations between Rabat and Jerusalem.

During a videoconference, the foreign ministers of the three countries — Nasser Bourita, Yair Lapid and Antony Blinken — welcomed a partnership aimed at establishing Blinken described as “an achievement that has deepened ties, partnerships, and avenues to pursue shared goals,” AFP reported on Wednesday.

Morocco’s foreign minister stated that his country is interested in helping secure a lasting peace in the region, the report stated.

The North African state reestablished official diplomatic ties with Israel in December 2020, twenty years after cutting ties at the outset of the Second Palestinian Intifada in 2000.

“The rapprochement came amid a string of normalization deals between Israel and several Arab countries, brokered by the administration of then-U.S. president Donald Trump,” AFP noted.

Bourita also accepted an invitation from Lapid to visit Israel.

In 2018, Morocco cut diplomatic ties with Iran over the Islamic Republic’s support for the Polisario Front, which is fighting an armed conflict to split the Western Sahara region away from Morocco.