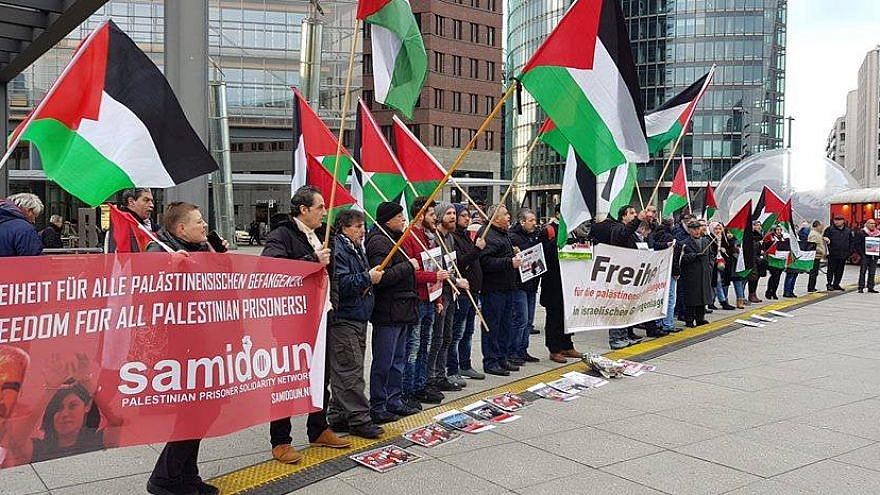 (May 14, 2021 / JNS) As violence escalates between Israelis and Palestinians in the Middle East, several Jewish groups are concerned about some two-dozen planned protests to be held over the weekend across North America to commemorate the 73rd anniversary of the nakba, or the “catastrophe” in Arabic—in other words, the establishment of modern-day Israel.

Roz Rothstein, co-founder and CEO of StandWithUs, told JNS, “It is not surprising that there are still supporters of the nakba, the ideology that basically calls the re-establishment of the State of Israel, the ancestral homeland of the Jewish people, a ‘catastrophe.’ The heart of the conflict is that Palestinian leaders have never truly accepted the idea of two states for two peoples. If there is ever going to be a dream of peace, nakba supporters must stop promoting violence and propaganda against Israel.”

“It is long past time for Palestinian leaders to negotiate and accept the compromises needed for peace, and start building a better future for their people,” she added.

A total of 50 pro-Palestinian organizations from around North America penned an open letter calling on Palestinians from the United States and Canada to participate in demonstrations “in protest of the ongoing nakba in Sheikh Jarrah, Jerusalem and throughout Palestine.”

The signatories of the letter also voiced their support for the current Palestinian aggression toward Israel in the Middle East, and accused the Jewish state of “Zionist settler-colonialism,” “Zionist supremacy” and occupation.

They said, “We salute the heroic resistance of our people all over Palestine, from Jerusalem to Umm al-Fahm, who have taken to the streets to protect Palestinian homes, rights and our cultural and religious sites. … As we march for return and liberation, we march for the freedom of all imprisoned strugglers for Palestine.”

She said “as Palestinian groups prepare to protest against the rebirth of the Jewish nation, we fear that anti-Semitic attacks will continue to spike. This week has been a clear reminder that wherever anti-Zionism goes, anti-Semitism quickly follows.”

Rabbi Abraham Cooper, associate dean of the Simon Wiesenthal Center, said he is “very concerned” about the upcoming protests and the open letter, calling it an “incendiary manifesto” that comes on the heels of violent attacks against pro-Israel Jews around the world. He also expressed unease about “nonstop” attempts to conflate linked issues of racism in America as Israel defends itself from the onslaught of Hamas missiles in the Gaza Strip and now also missiles launched from Lebanon.

The ADL has been documenting the growing number of anti-Semitic expressions and incidents at anti-Israel events in recent days around the world, including several instances in the United States and Europe.

A spokesperson for the Anti-Defamation League said, “At this extremely volatile time, this is a rallying call that demonizes Zionism and Zionists, negates the existence of Israel, and explicitly rejects efforts at diplomatic and security conciliation and cooperation on the ground. We disagree with this perspective of this complex conflict, but we are particularly concerned by what can only be considered a provocative call to action at a sensitive time.”