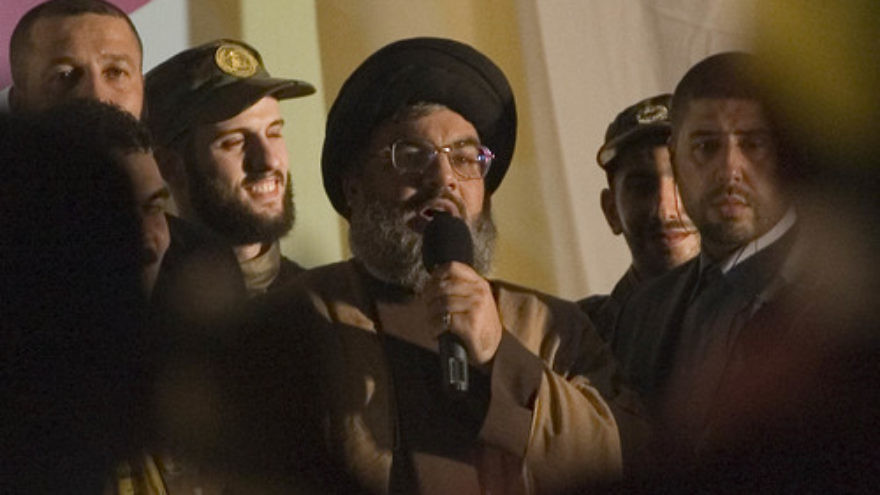 (September 18, 2022 / JNS) Hezbollah’s “eyes and missiles are directed towards” Israel’s Karish offshore gas platform, the terror organization’s chief Hassan Nasrallah said on Saturday, as mediated talks to reach a deal on the maritime border between Israel and Lebanon continue.

He repeated his earlier warning, however, that Israeli gas extraction from the Karish field must not begin until the maritime negotiations reach an agreement.

“If confrontation is imposed, it is absolutely inevitable,” said Nasrallah. “I think that the Israelis, the Americans, and others have sufficient data regarding the seriousness of the resistance.”

Amos Hochstein, the State Department’s senior adviser for energy security, has conducted shuttle diplomacy in recent days, traveling to Beirut to meet with senior Lebanese officials, and relaying Israeli positions regarding the negotiations.

Abbas Ibrahim, the head of the General Security Agency in the economically depressed country, said last week that an agreement was in reach.

“We’re talking about weeks—actually, days—to finish the delineation issue. I’m hopeful that the situation is positive,” he said.