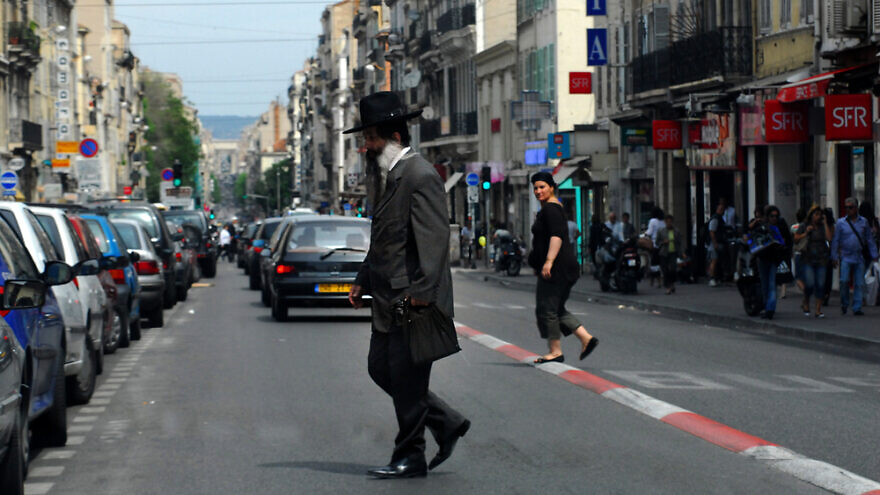 (February 9, 2022 / JNS) An increasing number of French Jews believe that anti-Semitism is widespread in their country, according to a new survey conducted by the American Jewish Committee.

According to the study, conducted in late 2021, 85 percent of Jews said that anti-Semitism is widespread. That number is up nearly 20 points from a similar survey conducted just two years earlier that found 67 percent of French Jews said Jew-hatred was widespread.

According to Simone Rodan-Benzaquen, director-general of AJC Europe, there was a “75 percent increase in anti-Semitism” in France in 2021.

“More than the actual numbers of anti-Semitic hate crimes,” she told JNS, “I believe it has to do with the prevalence of anti-Semitic conspiracy theories during the anti-vax movements with demonstrators branding an infamous ‘who’ sign, suggesting Jews were behind coronavirus or the vaccine, depending on the form of conspiracy theory … .”

The increase of such conspiratorial theories on social media, she said, “means that more and more Jews and non-Jews have been directly or indirectly been exposed to anti-Semitism.”

Other findings show the impact these instances are having on religious life. For instance, 41 percent of Jews polled said they avoid displaying mezuzahs and other religious symbols—up from 37 percent in late 2019—and 45 percent of parents ask their children not to tell others they are Jewish.

“Fearing for one’s own safety and for children’s security has tragically become the new normal for most French Jews, leading many of them to hide their Jewish identity and to tell their children to do so as well,” Rodan-Benzaquen said in a press release. “This is simply unacceptable in any democracy that is supposed to protect all its citizens.”

The study, which also polled non-Jews, found that 64 percent of the general French public believes that anti-Semitism is widespread. That number is up from 47 percent in late 2019. Additionally, nearly a third of French citizens say anti-Semitism is not talked about enough, while 15 percent say it is discussed too much.

It also found that more than a quarter of French people hold “prejudices that are classic anti-Semitic tropes,” such as the idea that Jews are richer than the average French person, while those same stereotypes are more prevalent among French individuals who identify as Muslim. Those who identify as Muslim also think that anti-Semitism is talked about too much, with 36 percent agreeing with the statement as opposed to the 15 percent elsewhere.