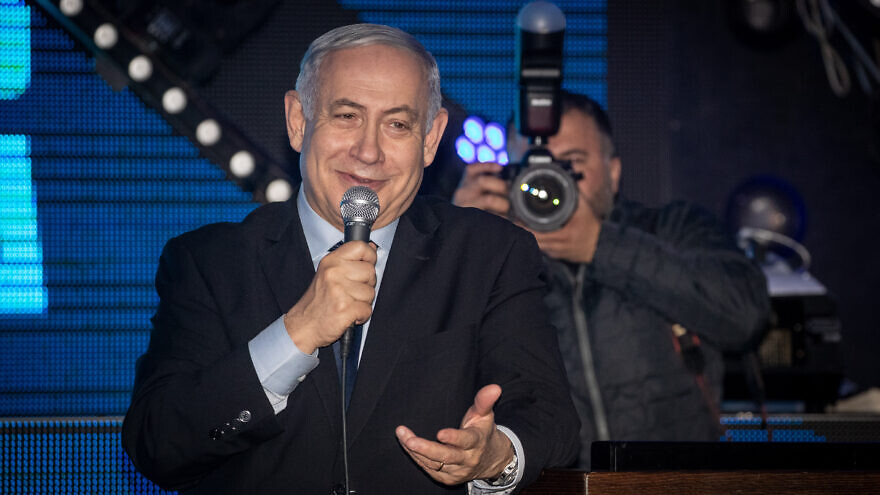 The prime minister won 72.5 percent of the vote, compared to 27.5 percent for Sa’ar, according to the Likud spokesperson. He will now continue to lead Likud into the March 2 general election, Israel’s third general elections within a year.

The prime minister garnered 80 percent of the vote in Jerusalem and according to initial results, he also had a strong lead in Haifa, Acre, Ramle, Rishon Letzion and Ashdod, The Times of Israel reported.

“This is a huge victory! Thank you, Likud members, for your trust, support and love,” Netanyahu said after results were announced. He promised to “lead Likud to a great victory in the upcoming [national] elections and continue to lead the State of Israel to unprecedented achievements.”

He later tweeted, “We won! Thank you for your support.”

Netanyahu declared victory soon after midnight leading into Friday as votes were being counted while Sa’ar conceded defeat at 1 a.m., saying that while “we don’t have the final figures, the result is clear.”

Sa’ar said he would congratulate Netanyahu on his victory, and vowed to support Netanyahu and Likud ahead of the general elections.

Voting polls were kept open until 11 p.m. on Thursday, hours later than usual because of fears that heavy rain was keeping many voters away from casting their ballots.

Likud said voter turnout was close to 49 percent, compared to 55 percent in the 2014 leadership race, which is the last time Netanyahu faced an opponent. He won primaries in 2012 and 2014 by wide margins, and ran unopposed in 2016.