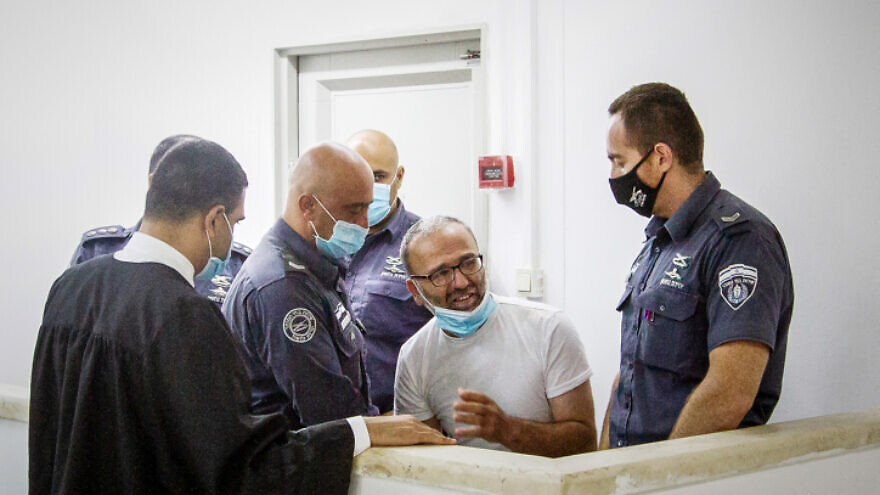 (August 11, 2020 / JNS) Israeli Prime Minister Benjamin Netanyahu criticized the High Court of Justice on Monday over its ruling to halt the planned razing of the home of a Palestinian charged with the May 12 murder of Israel Defense Forces Sgt. First Class Amit Ben-Yigal.

During the opening of the Likud Knesset faction meeting, Netanyahu called the Court’s decision against the demolition of Nazmi Abu Bakr’s home in the village of Ya’bad, where the killing took place, “unfortunate” and a “big mistake.”

“Terrorism must not receive a tailwind,” he said. “I demand an additional hearing with an expanded panel of judges. My policy as prime minister is to destroy the homes of terrorists, and I intend to continue with it.”

Justice Menachem Mazuz—one of the three judges hearing the petition by NGO HaMoked on behalf of Abu Bakr’s family—said that the perpetrator’s wife and eight children did not participate in the act of terrorism, and therefore should not be penalized.

Baruch Ben-Yigal, Amit’s father, responded to the decision by visiting his son’s grave and lowering the Israeli flag to half-mast. In a tearful video that went viral, Ben-Yigal said: “I want to tell him, ‘I beg your pardon and forgiveness’. It’s not right. What a miserable decision. I can’t believe that these are our judges.”

Ben-Yigal, 21, died after being struck in the head with a cinder block hurled at him by Abu Bakr during an IDF raid to apprehend four suspected terrorists.