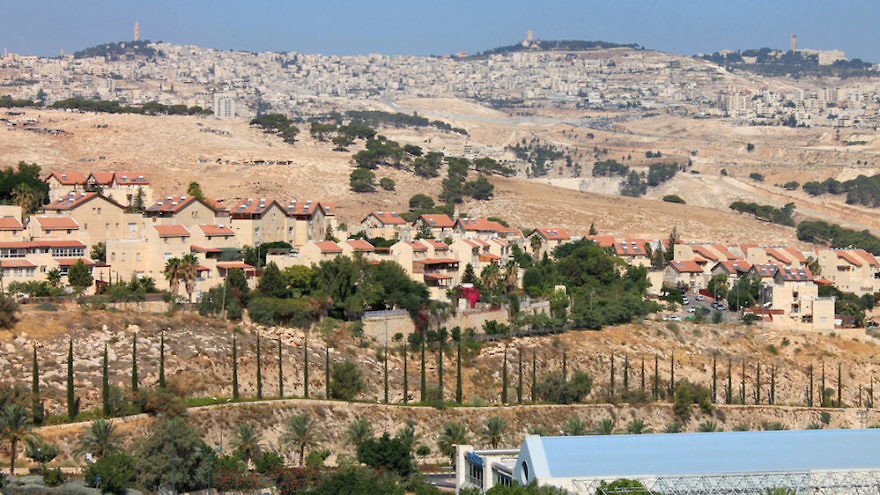 While the mainstream press, led by The New York Times, branded the moves as an “intention to doom” the peace process and condemned Israel with allegations of “annexation” and “apartheid,” legal expert Avi Bell told JNS that the Israeli initiatives are almost entirely symbolic and amount to little more than political posturing.

The communities in the territories currently fall under the Israeli military’s jurisdiction, which grants Israel’s defense minister the final say on construction projects in the area, while Israelis living in Judea and Samaria are subject to the Jewish state’s civilian law.

“The Likud vote is a political statement by the party,” said Bell, a member of the faculty of law at Israel’s Bar-Ilan University and a senior fellow at the Kohelet Policy Forum think tank.

“It has no legal consequences whatsoever,” he said.

“It is a mistake to confuse ‘annexation’—the addition of territory—to the application of Israeli law to settlements, Area C (which is under full Israeli civil and security control) or any other area” of Judea and Samaria, Bell explained. “It would be surprising if the Likud were to demand to ‘annex’ settlements because that would mean that Likud was essentially denying Israeli claims of sovereignty prior to the ‘annexation.’”

Israel’s second political initiative that was decried by The New York Times was the Knesset’s passing of an amendment intended to make ceding control of parts of Jerusalem to the Palestinians more challenging in the event of a peace deal.

The Knesset bill, sponsored by Israeli Diaspora Affairs Minister Naftali Bennett’s Jewish Home party, raises the required number of votes in the 120-seat Israeli legislature from 61 to 80 in order to approve any action aimed at giving away part of Jerusalem to “a foreign party.”

“[The legislation is] doing exactly what they had in the [South African] apartheid regime,” Hagit Ofran of the left-wing Israeli organization Peace Now told The Times.

The Jewish Home amendment is “best seen as a political statement as well” and has “no meaningful legal consequences,” said Bell, adding that the amendment only applies “minor” changes to Israel’s Basic Laws, which govern the Jewish state in lieu of a formal constitution.

“While one of the changes raises the supermajority required for certain kinds of territorial compromises on the city, it does not materially change the likelihood of ceding control of parts of Jerusalem to the Palestinians,” said Bell, who noted that both the Basic Laws and other Israeli statutes already required supermajorities in the country’s legislature to initiate “relevant territorial compromises” before this month’s passing of the Jewish Home amendment.

“More importantly,” Bell said, “the Palestinians have rejected all peace offers for nearly two decades, and both sets of Palestinian leaders—in Fatah and Hamas—have announced their unwillingness to make compromises for peace. There will be negotiated compromise on Jerusalem, irrespective of the voting requirements for approval in the Knesset.”

Bell also questioned potential concerns regarding a new wave of international opposition to applications of Israeli law in Judea and Samaria, stating that any moves by Israel in the disputed territories are already opposed by the Palestinians and “automatically” opposed by “nearly all” European countries.

“The PLO is already pursuing, with the assistance of many European governments, legal actions against senior [Israeli officials],” said Bell.