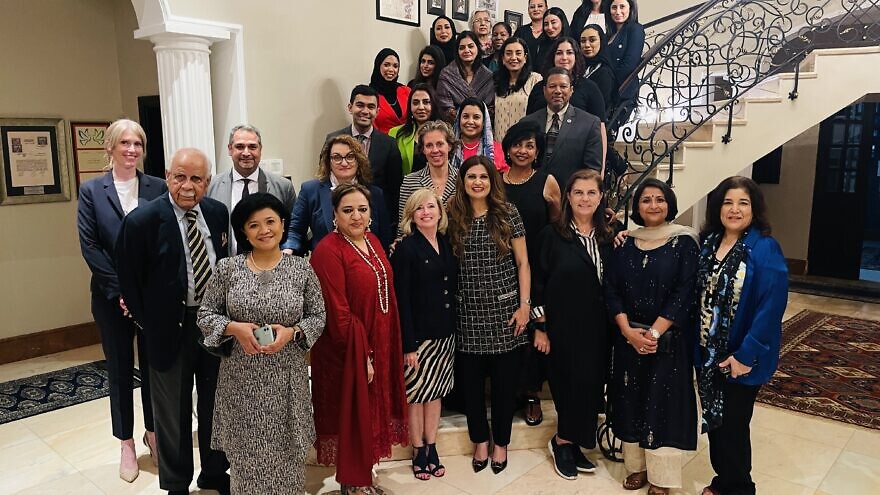 While in Bahrain, the delegation learned about the kingdom’s and the Gulf’s view of the Abraham Accords, met with Israeli Ambassador Eitan Na’eh, visited the National Museum and participated in a women’s leaders event hosted by Megan Bondy, the wife of U.S. Ambassador Steven Bondy. They also met with leading Bahraini businesswomen and the women lay leadership of Sharaka Bahrain.

Why did the organizers choose to go to Bahrain?

“In the past, we have taken groups to the United Arab Emirates, and we will begin including Morocco,” said Dan Feferman, executive director of Sharaka. “We wanted to showcase Bahrain because of its model of religious tolerance and women’s empowerment, although in reality, the UAE, Morocco and Bahrain can all be highlighted for these accomplishments.”

While noting that the Bahrain portion of the trip lasted only one day, Farhana Khorshed, executive director of the New England Bangladeshi American Foundation, Inc. (NEBAF) and a participant in the delegation, told JNS that she liked being able “to walk around in a country that was progressive towards women.” 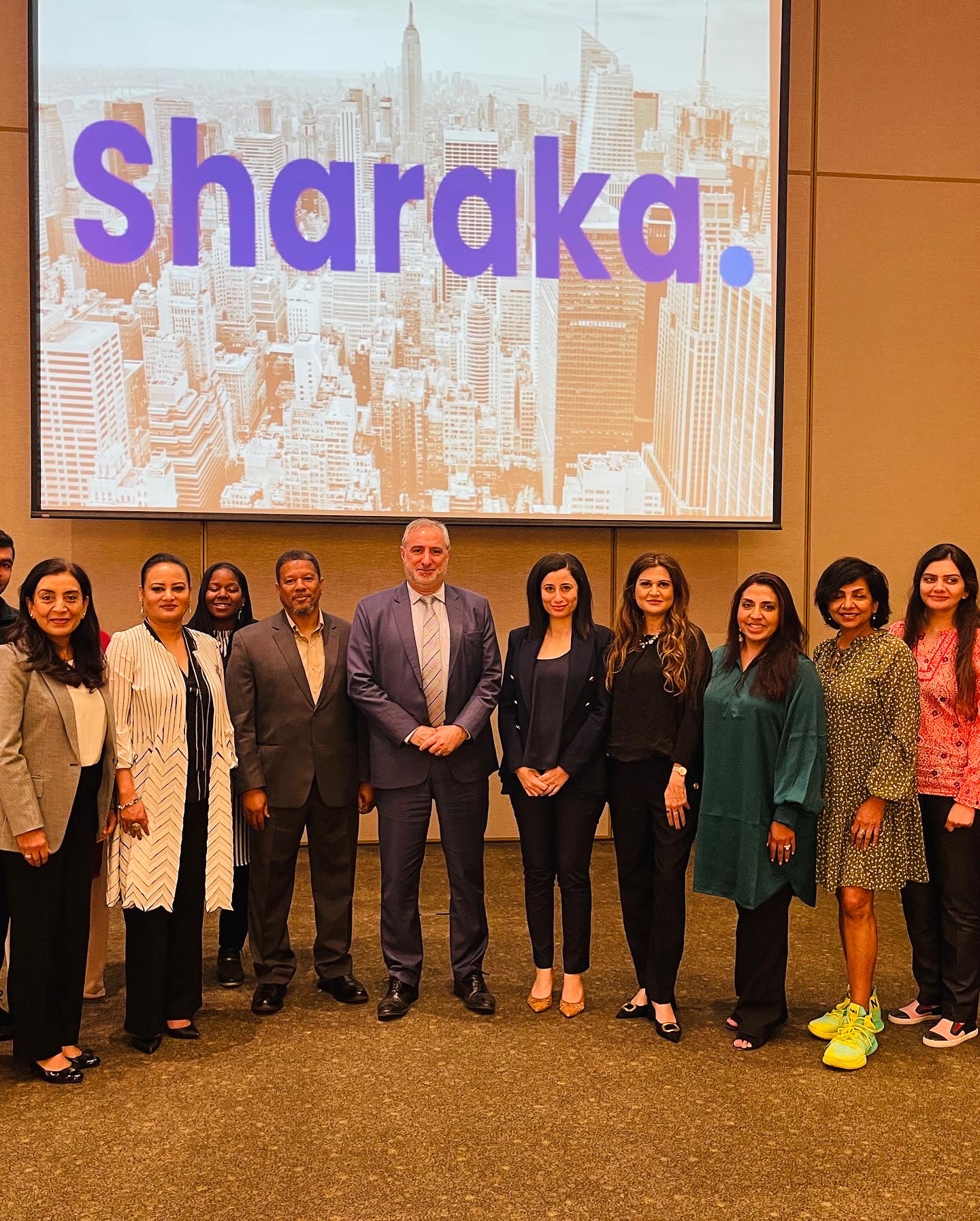 While in Israel, the delegation met with civil society leaders from various communities, including religious, secular, left-wing, right-wing, Arab, Muslim, Druze and Ethiopian Israelis. The delegation also met with Palestinians. Participants discovered Israeli technology and innovation at the Peres Center for Peace in Jaffa and learned about the multi-layered history of Jerusalem by visiting the Western Wall, the al-Aqsa Mosque and the Church of the Holy Sepulchre. They visited the Bahai Gardens in Haifa and learned about Operation Good Neighbor while on the Golan Heights.

The delegation also attended an interfaith event in Jerusalem, where Imam Talib Shareef, an African-American who is the imam of Masjid Muhammad—The Nation’s Mosque in Washington and a member of the delegation, spoke on a panel with Rabbi Yakov Nagen and Rev. Piotr Zelazko at Shalem College. The panelists discussed the role of religious leaders in building bridges. Former Canadian ambassador to Israel Vivian Berkovici moderated the discussion, with opening remarks from Daniel Polisar, the college’s executive vice president and co-founder.

The delegation also learned about the Abraham Accords. Khorshed told JNS: “Through this experience, I have gained a greater understanding of the importance of the Abraham Accords, which were established to further peace and prosperity in the Middle East and beyond. This understanding has inspired me to gather knowledge of Israel and its neighbors.” 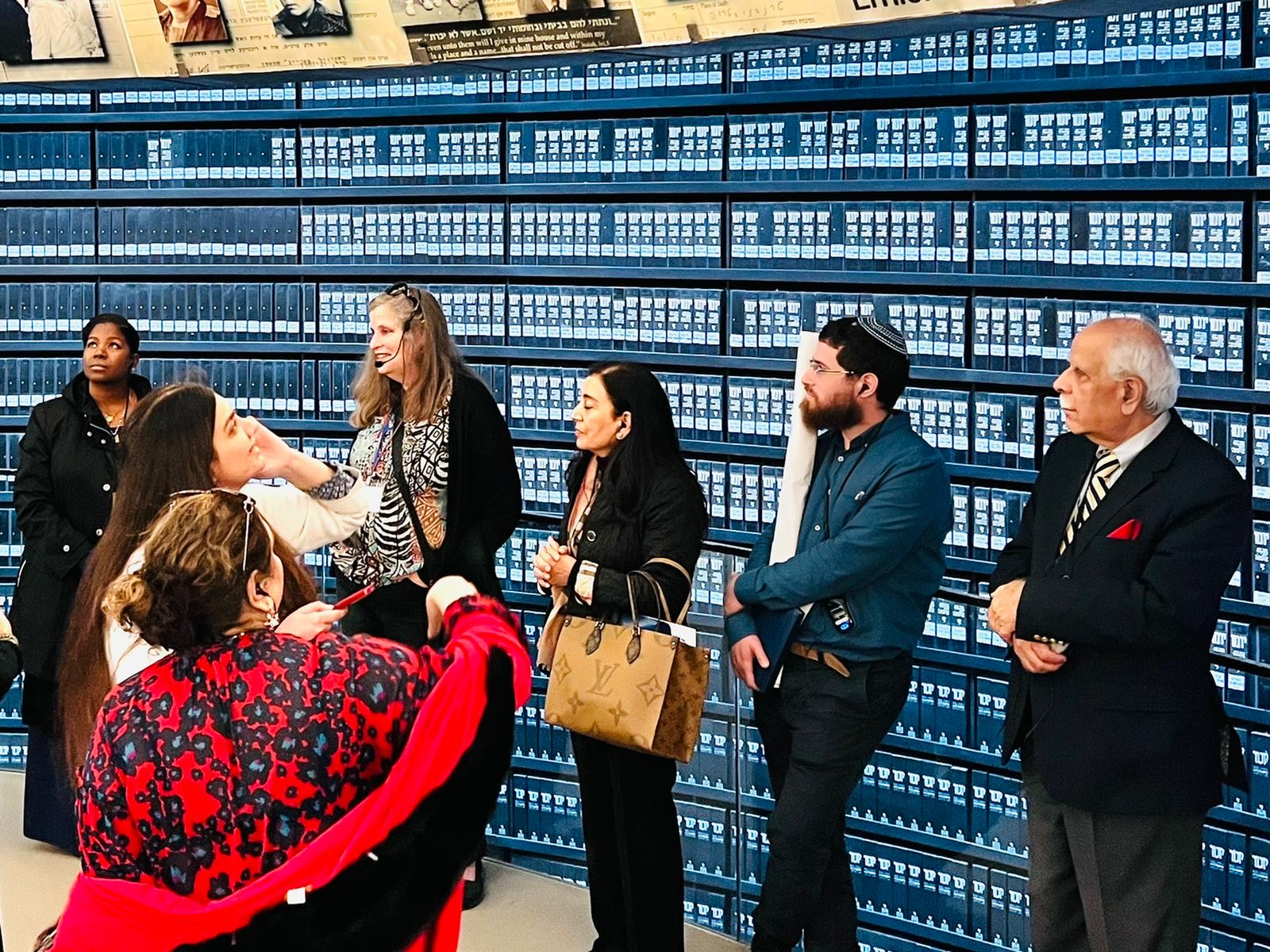 Krishan Malik, who also took part in the delegation and is a Pakistani-American professor at the University of Texas at Austin, cited the visit to Yad Vashem as being particularly memorable.

“No one can prepare oneself to see the heart-wrenching and moving pictures that we saw at Yad Vashem, Malik told JNS. “How can this unimaginable genocide happen while the rest of the world witnessed this evil take place and did nothing? Sadly, we fear that an event like this could happen again. No visit to Israel is complete without a visit to Yad Vashem.”

Feferman saw this trip as a way for American Muslims and American Jews to come together.

“There seems to be more polarization now in the U.S., where American Muslims and American Jews often feel that they can’t talk to each other. This trip sought to change this paradigm through education, engagement and dialogue.”

Khorshed agreed, telling JNS: “This trip inspired me to better understand the importance of Muslims and Jews coexisting with one another, and to strive to build bridges between these diverse communities. I will continue to support peace efforts between American Muslims and Jews, at home and globally.”

Anila Ali, a co-founder of AMMWEC, Sharaka board member and participant in the delegation, told JNS that having representation of both Bangladeshi and Pakistani Muslims added a valuable perspective to the trip.

“Bangladesh and Pakistan have been at war with each other. But today, we work together in the United States, and we have moved on from our past grievances. That is why it was important for us to include both Bangladeshi and Pakistani Americans on this trip. We hope to provide an example to Palestinians that peace will save lives, and that they can live side-by-side with Jewish Israelis.”