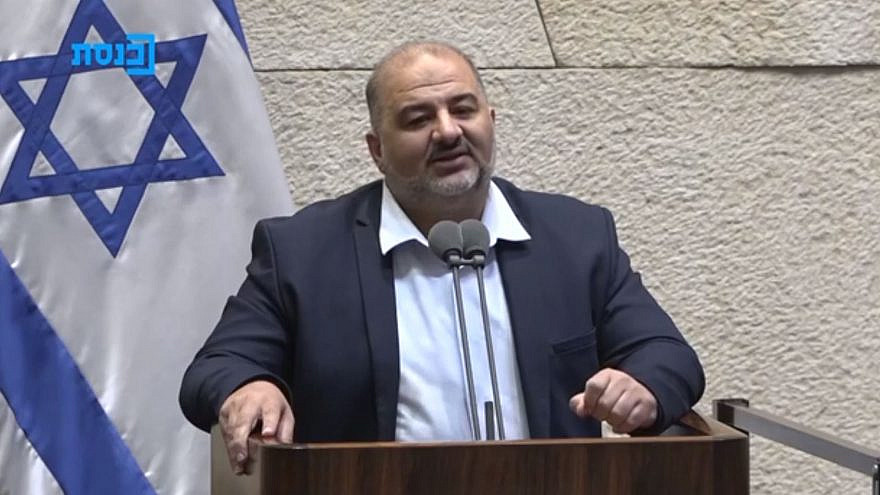 (November 28, 2021 / Israel Hayom) The head of Israel’s Islamist Ra’am Party on Saturday downplayed the threat posed by Iran’s nuclear program, saying that while the threat was real, it was not existential.

“I don’t see the Iranian nuclear issue as an existential threat to Israel. There is certainly a threat, but we’ll leave that to the professionals,” said Mansour Abbas, speaking at a cultural event in Beersheva.

The Ra’am leader also said at the event that he was not ruling out political collaboration with the Likud Party in the future, but declined to reveal what Likud head and then-Prime Minister Benjamin Netanyahu had offered him in the last election.

“My political partners are also pushing me to release things,” he said.

Asked for his opinion on Yisrael Beiteinu Party leader Avigdor Lieberman, a man many on the left once decried as a racist due to his positions on Arab Israelis, the Ra’am chief said, “There’s no doubt that today, I see a stately finance minister and stately political leader who relates to everyone and tries to promote everyone’s interests.”

The Ra’am leader said that he was familiar with Lieberman’s past opinions and statements, but added that “there are all in a process.”

A “system of trust” was beginning to develop within the coalition, said Abbas.

“Lieberman and [Prime Minister Naftali] Bennett are partners, and that is very much appreciated,” he said.

Commenting on the Palestinian issue, Abbas said, “I hope that all the Palestinian factions will begin to look differently at the conflict with Israel and understand that there is a possibility to create something new. I believe our success, meaning Ra’am’s, will also influence them.”

With regard to Israeli President Isaac Herzog’s planned participation at a Hanukkah ceremony in Hebron at the Cave of the Patriarchs on Sunday, Abbas said, “We need to be incredibly careful when it comes to issues of religion because that’s when politics stop working and only emotions come through.”

When religious sensitivites are involved, he said, “people cease being rational.”

“I am concerned by any act that tries to take advantage of religious beliefs, to try and turn it into a political tool. We will pay a price. We must be smart and not right,” he said.