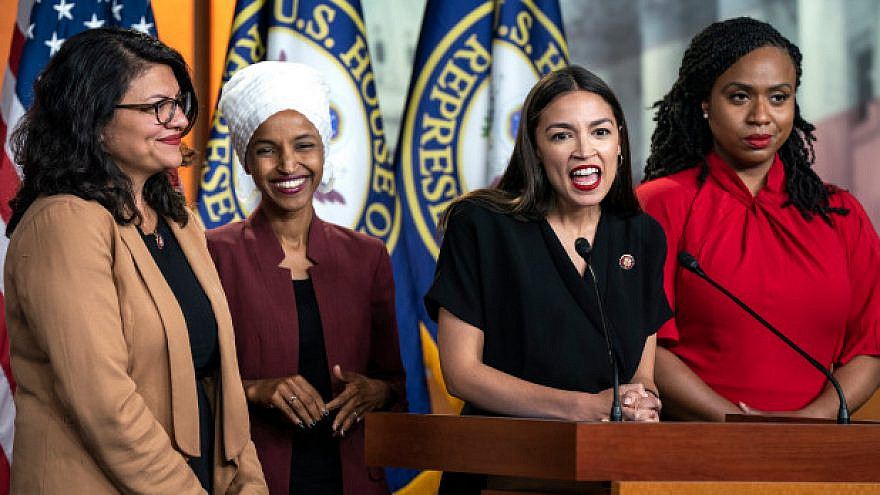 (May 13, 2021 / JNS) Rep. Alexandria Ocasio-Cortez (D-N.Y.) rebuked U.S. President Joe Biden over his statement supporting Israel’s right to defend itself amid escalating violence with Hamas, accusing the president of “siding with occupation.”

Biden spoke with Israeli Prime Minister Benjamin Netanyahu on Wednesday, letting him know that Israel has the “unwavering support” of the United States to defend itself.

“I had a conversation with Bibi Netanyahu not too long ago,” said the president. “My expectation and hope is that this will be closing down sooner than later, but Israel has a right to defend itself when you have thousands of rockets flying into your territory.”

Ocasio-Cortez tweeted that “blanket statements like these w/ little context or acknowledgment of what precipitated this cycle of violence—namely, the expulsions of Palestinians and attacks on Al-Aqsa—dehumanize Palestinians & imply the U.S. will look the other way at human rights violations. It’s wrong.”

The congresswoman went on to say “by only stepping in to name Hamas’s actions, which are condemnable, & refusing to acknowledge the rights of Palestinians, Biden reinforces the false idea that Palestinians instigated this cycle of violence,” she wrote. “This is not neutral language. It takes a side—the side of occupation.”

By only stepping in to name Hamas’ actions – which are condemnable – & refusing to acknowledge the rights of Palestinians, Biden reinforces the false idea that Palestinians instigated this cycle of violence.

This is not neutral language. It takes a side – the side of occupation.

Ocasio-Cortez is one of a number of progressive Democrats who have been vocal in their criticism of Israel during the recent wave of violence in the region.

Meanwhile, Rep. Mark Pocan (D-Wis.), joined by 25 other Democrats, wrote a letter to U.S. Secretary of State Antony Blinken to pressure Israel to halt the “forced eviction” of Palestinians in the eastern Jerusalem neighborhoods of Sheikh Jarrah.