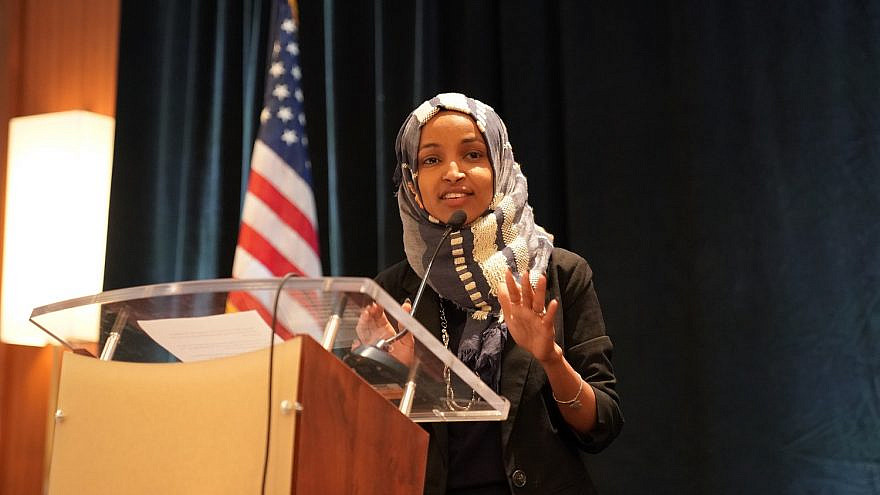 (May 11, 2021 / Jewish Journal) Rep. Ilhan Omar (D-Minn.) has accused the Israeli government of committing an “act of terrorism” with its airstrikes on the Gaza Strip on Monday. The Israeli strikes were in response to Hamas bombarding Israel with rockets earlier in the day.

Omar was quote-tweeting the Institute for Middle East Understanding (IMEU), which claimed that the Israeli strikes had resulted in the deaths of 20 Palestinians, including nine children.

“Israeli airstrikes killing civilians in Gaza is an act of terrorism,” she tweeted. “Palestinians deserve protection. Unlike Israel, missile defense programs, such as Iron Dome, don’t exist to protect Palestinian civilians. It’s unconscionable to not condemn these attacks on the week of Eid.”

Eid al-Fitr is the Muslim holiday marking the end of Ramadan.

The nonprofit group StopAntisemitism.org took Omar to task for the remark, tweeting in response: “Hamas, a U.S. designated terror group, is sending rockets to Israel. Israel, a key global ally to the U.S., defends herself by attacking Hamas. Ilhan Omar, a sitting U.S. Congresswoman, defends HAMAS! How dangerously low can Ilhan Omar go??!!”

International human-rights lawyer Arsen Ostrovsky accused Omar of being “a shill for Hamas,” noting that she had said nothing about how “it is Hamas and Palestinian terrorists in #Gaza that have fired over 100 rockets at #Israel tonight!”