(January 5, 2021 / JNS) To circumvent Israeli anti-terrorism legislation that went into effect on Dec. 31, the Palestinian Authority rushed to transfer a lump sum to its “prisoners’ fund.”

The 2016 Law Against Terrorism (Chok Hama’avak B’teror)—which stipulates that anyone engaged in a transaction that “supports, promotes, funds or rewards” the commission of acts of terrorism is punishable by up to 10 years in prison—was adopted in Judea and Samaria (the West Bank) in February. Though it was slated to be enacted on May 9, the coronavirus crisis spurred Israeli Defense Minister Benny Gantz to postpone its implementation—first until October, and finally until the last day of 2020.

In April, three weeks before the May deadline, the research organization Palestinian Media Watch (PMW) sent a letter to the heads of banks in the P.A., warning that if they continue to provide accounts through which the powers-that-be in Ramallah funnel salaries to terrorist prisoners in Israeli jails, they could face criminal charges on the one hand and civil suits from the families of victims on the other.

Not wishing to subject themselves to liability or jeopardize their relations with financial institutions abroad, those banks promptly refused to serve as conduits for the “pay-for-slay” scheme. But P.A. leader Mahmoud Abbas wasn’t about to turn his back on loyal jihadists relying on the hefty monthly stipends that he uses as an incentive—and delivers as a reward—for terrorism against Israelis.

As he has learned from decades of experience, where there’s a will, there’s a way. In this case, the “way” involved hurriedly handing over three months’ worth of salaries to the prisoners on Dec. 30, while in the meantime trying to set up an “Independence Bank” not bound by international contracts or laws applying to him and his henchmen.

This is good news for the likes of Muhammad Cabha, the Palestinian suspect behind the Dec. 20 slaughter of Israeli mother-of-six Esther Horgen. During his interrogation last week by the Shin Bet, Cabha—a 40-year-old resident of the village of Tura al-Gharbiya near Jenin—admitted to and even re-enacted the cold-blooded murder.

Cabha, who has served time in prison for terrorism-related activities—told Israeli security services that he had been planning such a killing for six weeks. The idea for the location, he explained, came to him one day when he climbed through a hole in the security barrier in the Reihan Forest, near the northern Samaria settlement of Tal Menashe, and saw Israelis strolling there. 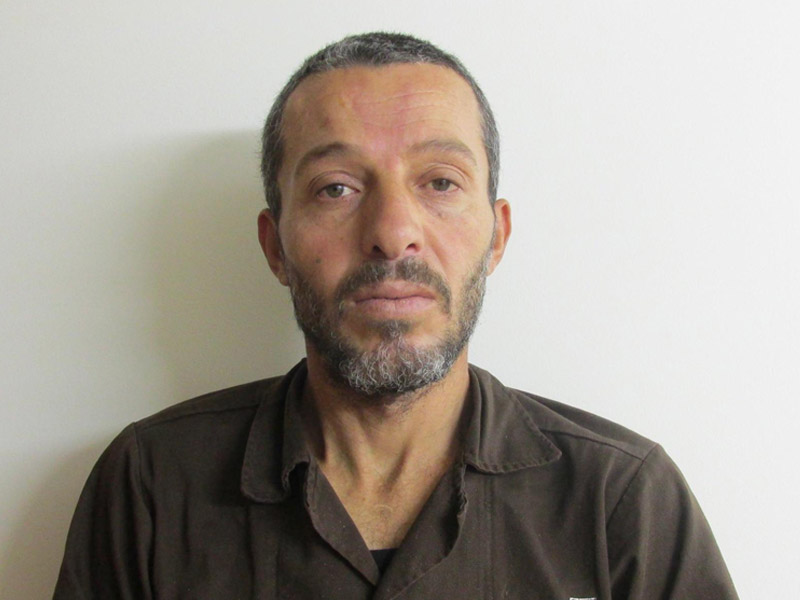 One reason he gave for wanting to commit the heinous act was to avenge the death of a friend, a Palestinian prisoner who died of an illness in an Israeli jail.

In the warped world of Palestinian terrorists, this is sufficient cause to come upon an innocent 52-year-old woman jogging through a forest and bash her head in with a rock. It didn’t occur to Cabha, of course, that the woman’s husband and children would be frantic when she failed to return home after her daily run, or that their lives would be forever marred by her absence, not to mention by the horrific manner in which she died.

No, all that was on his mind was fleeing from justice. He was abetted in this attempt by four other Palestinian paragons of virtue, who themselves are now in custody for helping him hide. All are likely to be tried by the Samaria Military Court.

If and when convicted, Cabha can expect to receive a life sentence. Once in jail, he will be put on Abbas’s payroll in accordance with “[P.A.] Government Decision Number 23 of 2010, Regarding the Regulation of Payment of the Monthly Salary to the Prisoner.”

The amount that he will get—as the murderer of an Israeli—will reach 12,000 shekels ($3,800) per month or four times the average earned by residents of the P.A. Even more extraordinary and disturbing is the process that he will undergo in order to receive the money, as it requires his signing over power of attorney to the Red Cross. Yes, as PMW has documented, the international humanitarian movement is actively involved in facilitating the payment of P.A. salaries to terrorists.

Because the anti-terror law was implemented in Judea and Samaria on Friday, Cabha and his cohorts may have to wait quite a while before being properly remunerated. After all, the money that Abbas pushed through on Thursday is earmarked for prisoners already behind bars, and future funds will have to wait until the “Independence Bank” is operational.

But leave it to the head of the P.A. to figure it out. Cabha’s literally counting on it.