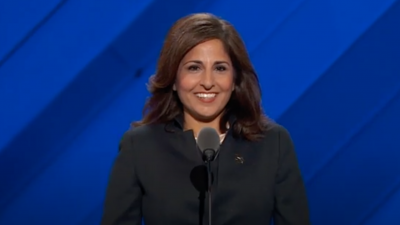 It was in the  1950s when Gamal Nasser took power in Egypt, and a military coup d’état took place in Sudan, that everything changed for Flore and Ibrahim Eleini.

The Eleinis lived in the Sudan, where they ran a prosperous business. Sudan had been ruled together with Egypt, to the north, by the British. In 1956, the Sudanese acquired independence.

Ibrahim Eleini owned a perfume factory. When his Muslim business partner returned from a pilgrimage to Mecca, he put up a sign in the office, which read: “The world will not have peace until the last Jew is put to death by stoning.”

The wife of the family’s lawyer asked Flore, “Where do you hide the device you use to send secret signals to Israel?”

Flore’s daughter, Diane, then aged five, remembers soldiers with bayonets bursting into their house. Her nanny tried to protect her under her skirts.

As her other children were at school in England, Flore, now in her 90s, applied for a visa to leave Sudan to visit them. The visa was not easy to obtain. The authorities threatened that she would not be allowed back into the country. Their property seized, the family eventually moved to Switzerland, but at first were not given refugee status. But that’s another story.

In recent weeks, Sudan has been hailed as the third state in line to agree to a peace deal with Israel after Bahrain and the United Arab Emirate signed the Abraham Accords. A member of the Arab League, Sudan is the only state edging towards normalization that actually went to war with Israel, sending a small military contingent to fight in the 1967 Six-Day War.

Peace is still not a done deal, as sections of the Sudanese establishment object to an agreement. Nevertheless, ending the hostility between the two countries is an important and even momentous step.

Sudan’s capital, Khartoum, is the city where the Arab League met after the Arab defeat in the Six-Day War and declared the famous “Three Nos” to negotiation, peace and recognition of Israel. An elated Israeli Prime Minister Benjamin Netanyahu has declared that the “Three Nos” have been replaced with the “Three Yesses.”

Amid the euphoria, however, the Jews of Sudan appear to have been forgotten. Unlike the UAE, Sudan had a Jewish population of 900. Jews in Bahrain were scared away by violence, but the king has offered those who lost property compensation; there are still up to 30 Jews living in the Gulf state.

A member of the Arab League, Sudan is the only state edging towards normalization that actually went to war with Israel.

In Sudan, however, the Eleinis testify to the expulsion of Jews and the sequestration of their assets. The remaining Jewish community was forced to leave after the 1967 defeat by Israel. Because they could not obtain exit visas, they had to pretend to be taking holidays or business trips, leaving all their belongings to sympathetic friends or neighbors. They resettled in Israel, America, England and Switzerland.

Prominent in the campaign for the rights of Jewish refugees from Arab countries was Sudanese businessman Leon Tamman. He helped found the World Organization of Jews from Arab Countries (WOJAC) in the 1970s. When the U.S. government referred to Palestinian refugees, WOJAC condemned the one-sidedness of its assessment of the refugee problem. “It blatantly ignored the inalienable and inextinguishable rights of 1,750,000 Jews and their offspring from Arab countries as refugees due to unbearable humiliation, discrimination and persecution,” declared WOJAC.

Even the dead were not spared. In 1975, out of fear of vandalism, a group of Sudanese Jews including the Gaon family, headed by Nessim Gaon, Leon Tamman’s brother-in-law, exhumed the graves of their relatives in the Jewish cemetery in Khartoum and flew them for reburial in Geneva.

Today, not a single Jew is left in Sudan, although the government has announced that the community is welcome to return.

This month, a worldwide campaign is taking place to remember the exodus of Jewish refugees from the Arab countries and Iran. If a real peace is to take root, the rights to justice for Jews like the dispossessed Eleinis must be taken into account.

Lyn Julius is the author of “Uprooted: How 3,000 years of Jewish Civilization in the Arab World Vanished Overnight” (Vallentine Mitchell, 2018).