(February 21, 2022 / Jerusalem Center for Public Affairs) In a televised Feb. 16 address, Hezbollah leader Hassan Nasrallah lauded the Lebanese terrorist group’s increasing military capabilities, with an emphasis on its missile and drone arsenals. Nasrallah boasted that Hezbollah had managed to convert many of its missiles into precision-guided armaments, despite Israel’s best efforts to prevent this.

Due to the “threat of transporting precision missiles from Iran to Lebanon and in cooperation with our specialized technicians and experts and those of the Islamic Republic [Iran], we have developed the capability of converting our missiles, which number in the thousands, to precision-guided missiles. We started this process years ago, not now,” he said. The Hezbollah leader threatened that should Israel attempt to search for these missiles, it would face a second “Operation Ansariya,” alluding to the terror group’s deadly ambush in 1997 of an Israeli naval commando force near the village of Ansariya in southern Lebanon.

Nasrallah also lauded Hezbollah’s drone production, saying, “We have been producing drones in Lebanon for a long time, and whoever wants to buy them, submit an order.” He also claimed that Hezbollah’s increased air-defense capabilities had led to a decrease in Israeli air operations over Lebanon. According to Hezbollah, reduced Israeli surveillance flights have forced Israel to recruit more agents in Lebanon to compensate.

To demonstrate its capabilities, Hezbollah’s elite Radwan Force recently launched a drone into northern Israel, which was shot down and landed intact in Israeli territory. In response, on Feb. 20, Hezbollah launched another drone, which Hezbollah claimed had penetrated some 43 miles into Israeli territory, hovering for 40 minutes and then safely returning to Lebanon. The drone was named “Hassan” after the founder of Hezbollah’s drone force, Hassan al-Laqqis.

Hezbollah presented the incident as a “new slap in the face” to Israel, quoting Israeli officials who highlighted the “failure of the Israeli military and technological system to commandeer and shoot down the drone.” Hezbollah stressed that to cover for its “military failure,” Israeli jet fighters made a low-level flight over the skies of Beirut and the Hezbollah neighborhood of Dahiye. 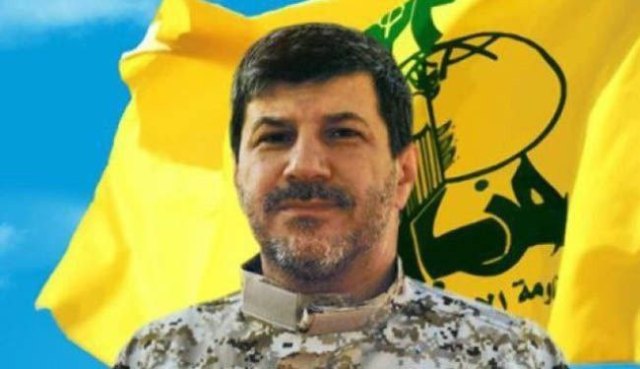 Hassan Laqqis, “the father of Hezbollah’s drone program,” assassinated in Beirut in 2013.

In accelerating the use of aircraft of all kinds, Nasrallah’s message is clear: Israel does not control the skies, and Hezbollah can violate Israeli sovereignty and sow fear and anxiety across Israel’s north. As Hezbollah’s aircraft improve, with close Iranian assistance, its air threat to Israel will increase.

Nasrallah also claimed that last summer Hezbollah carried out its largest exercise since its establishment in 1982. The terror group also showed off on its Al Manar television its “alpinist unit,” conducting exercises on snowmobiles at an altitude of 4,500 feet. 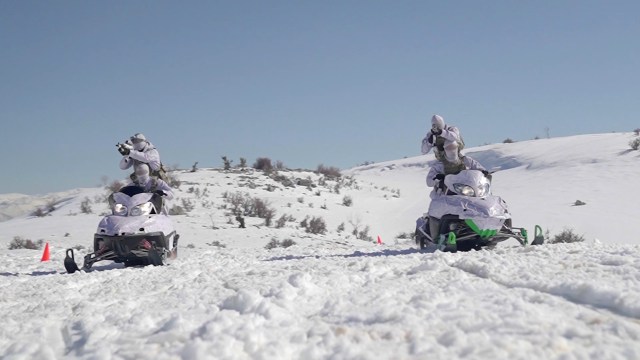 Nasrallah’s show of force comes against a backdrop of growing internal difficulties in Hezbollah due to the ongoing economic crisis in Lebanon. Hezbollah’s opponents accuse the organization of being Iran’s messenger boy and Nasrallah of personally representing the interests in Lebanon of Iran’s Supreme Leader Ali Khamenei.

Nasrallah was recently forced to reiterate that “Hezbollah is Lebanese, from its top leadership to all its fighters, people and environment. Hezbollah’s decisions are Lebanese. It takes into consideration the interests of Lebanon and its people. It is a friend and ally to Iran, but this does not oblige it with any commitment. Hezbollah makes its (own) decisions… and Iran doesn’t impose its dictates. … Tell us of a single act that Hezbollah did for the sake of Iran rather than for the sake of Lebanon.”

These protestations are greeted with contempt in Lebanon and beyond. Hezbollah’s willingness to be Iran’s cannon fodder in Syria and sacrifice over 2,000 fighters and thousands of wounded not for jihad against Israel but for Iranian strategic purposes betrays the reality: Nasrallah serves as Khamenei’s representative in Lebanon, for all intents and purposes.

In a further attempt at pretense, Nasrallah claimed that should Israel attack Iran’s nuclear facilities, Hezbollah “will convene and decide how to respond and according to the circumstances.” Or in other words, that Hezbollah’s reaction will not be automatic and will reflect Lebanon’s national interests. The Hezbollah leader throws sand in observers’ eyes and plays with words. 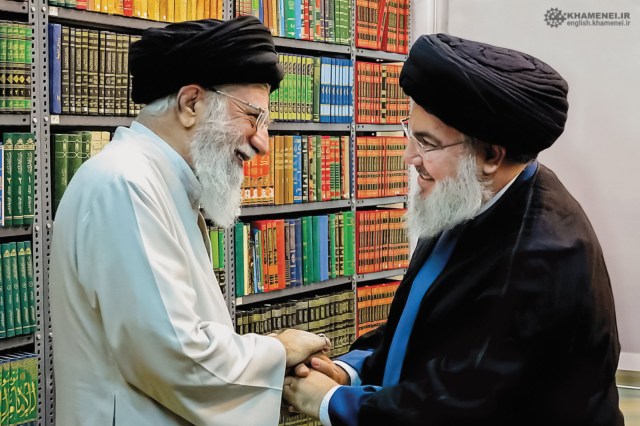 Two months ago, Nasrallah secretly visited Tehran, meeting with Khamenei and senior commanders of the Islamic Revolutionary Guard Corps and the Quds Force to discuss options and responses in case Israel attacked Iran’s nuclear facilities, as well as coordination between Iran and Hezbollah in this scenario. Iran’s directives to Hezbollah in the event of such an attack are clear and brook no interpretation: launch long-range missiles at Tel Aviv and strategic targets deep inside Israel.

Nasrallah, meanwhile, defiantly called on Jews to leave Israel and return to their home countries, adding mockingly that “we are ready to bear the cost of their tickets.”

Hezbollah is in the thick of preparations for parliamentary elections in Lebanon this May. Hezbollah stresses that it seeks to hold the elections on time and rejects the possibility of delaying them. Hezbollah is concerned about the possibility of a decline in the electoral power of the National Patriotic Party, its ally in the Christian camp. The terror group appears to be working to strengthen its ties with the Christian camp and with its Shi’ite allies, led by Amal’s leader, Nabih Berry.

At the same time, Hezbollah is stepping up its attacks on the United States and particularly on the involvement of the U.S. ambassador in Beirut in internal Lebanese politics. The U.S. embassy is accused of aiding and encouraging NGOs that work against Hezbollah, of involvement in Lebanon’s economy and of being the cause of Lebanon’s financial crisis. American military assistance, and in particular the American financial assistance to pay the salaries of Lebanese army soldiers and officers, do not lower the intensity of Hezbollah’s criticism. Ironically, the aid is welcome and most appreciated since it strengthens the Lebanese army, an ally of Hezbollah.

IDF Brig. Gen. (ret.) Dr. Shimon Shapira is a senior researcher at the Jerusalem Center for Public Affairs. He served as military secretary to Israel’s prime minister and as chief of staff to the foreign minister. He edited the Jerusalem Center eBook “Iran: From Regional Challenge to Global Threat,” and is the author of “Hezbollah: Between Iran and Lebanon,” Dayan Center, Tel Aviv University, 2000, four editions.