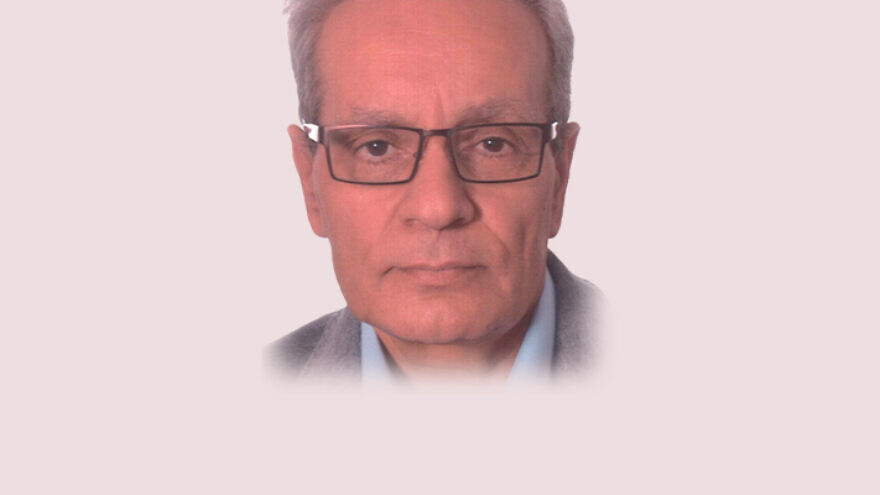 (February 2, 2022 / MEMRI) The Palestinian embassy in Warsaw held a memorial ceremony on Jan. 29 marking the first anniversary of the death of Khalil Nazzal, who had been the secretary of Fatah’s Poland branch. In attendance were Arab ambassadors, representatives of the Palestinian community and representatives of the local Fatah branch, along with Nazzal’s relatives.

At the ceremony, Palestinian Ambassador to Poland Mahmoud Khalifa posthumously awarded Nazzal a “medal of excellence” on behalf of Palestinian Authority leader Mahmoud Abbas “as a mark of appreciation for his national and professional path, for his efforts in the service of our people and the Palestinian communities of Europe, and in appreciation of his role in strengthening Palestine-Poland relations.”

Khalifa also highlighted Nazzal’s “national stature,” calling him “a pioneer among the protectors of the Right of Return.”

In February 2020, the Middle East Media Research Institute (MEMRI) published a translation of excerpts from an article by Nazzal that appeared in the P.A. daily Al-Hayat Al-Jadida in January of that year, in which he stated that Israel “inflates” the number of victims of the Holocaust in order to “blackmail the world and force it to accept” its policy. Israel, he said, had unjustly appropriated the suffering of the Jews in the Holocaust, and even exploited it, to justify its injustice of the Nakba against the Palestinian people.

The following are translated excerpts from Khalil Nazzal’s article:

“The 75th anniversary of the liberation of the Auschwitz detention camp, which was established by the Nazi occupiers of Poland during World War II, is approaching. The camp was liberated on Jan. 27, 1945, by the Soviet forces that were pursuing Hitler’s armies as they retreated towards their unavoidable fate. The world was appalled by the magnitude of the crimes perpetrated in this large prison, which held a vast number of victims from several of the European countries that had been under Nazi occupation, most of them Jews of various nationalities. This was part of the systematic Nazi policy which was intended to completely eliminate the Jews using many nefarious measures, among them the use of poison gas as an efficient means of mass murder. There isn’t the slightest justification for minimizing the gravity of the crimes committed against the people of Europe and the world during World War II.

“These victims of these crimes were primarily the Jews, but there were other victims as well, for the dropping of the nuclear bomb on Japan was [also] a crime; the destruction of Warsaw and the murder of hundreds of thousands of its residents during the Warsaw Uprising of 1944 was a crime, and the rape of thousands of German women by soldiers of the armies advancing on Berlin was a crime. We oppose all these crimes, and we oppose persecuting Jews just because they are Jews. [We oppose this] first of all because these are crimes against humanity. We cannot conceivably accept the oppression, persecution or killing of innocent people because of their religion, nationality or skin color, for people are born free and it is forbidden to violate their right to life or to treat them with disrespect, under any pretext.

“Opinions differ regarding the number of Jewish victims who were killed as the result of the Nazi crimes during World War II. Some historians claim that the number reached six million, while others reduce the number to hundreds of thousands. Regardless, we are convinced that the unjust loss of [even] one life is tantamount to the loss of an entire world, and that arguing about the number of victims is neither reasonable nor moral.

“[But] here we would like to emphasize the following:

“A. The Zionist state of occupation and settlements is not the [legitimate] heir to the pain and suffering of the Jews, for it is a state based on a racist ideology that disrespects human life and carries out racist discrimination against our Palestinian people just because they are Palestinian. It is this ideology that led to the great Palestinian Nakba, a crime whose repercussions affect our people to this very day. Hence, this ideology, which led to the Nakba, is comparable to the ideology that led to the Holocaust, for the hangmen of all times and eras are similar, and the pain of the victims is similar as well, whether they are in Auschwitz or in Deir Yassin.

“B. We know that the official Western regimes distort history. They took part in usurping the Jews’ suffering [during the Holocaust] by allowing it to be appropriated by the racist Zionist regime, which the imperialist [West] established in order to atone for the crime of the Holocaust. However, by [establishing the Zionist regime, the West only] added another crime to the list of its crimes, namely the crime of the Palestinian Nakba, of robbing Palestine from its owners and gifting it to the Zionist movement so it could spread corruption and terror within it.

“While the massacre of the Jews in Europe lasted six years, the Nakba and the Zionist crimes against Palestine and its people have been going on for decades. The Western leaders continue to wrap themselves in shameful silence when it comes to Palestine, and at the same time, we see them showing up one by one, like [obedient] school children when the government of the [Zionist] settlers summons them to take part in commemorating the anniversary of the crimes of World War II, which took place 80 years ago. [These leaders] hardly bother to glance over the racist separation fence and notice the victims of their own crime, which has been ongoing since they planted this [Zionist] entity in Palestine that specializes in killing, terror, racial discrimination and ethnic cleansing on a daily basis.

“C. No matter what the number of Jewish [Holocaust] victims [really] was, it does not give anyone the right to subject our people to racial discrimination and national oppression, for one crime does not justify another. It is also inconceivable that the tendency to inflate the number of Jewish victims should serve as a smokescreen to conceal Israel’s daily crimes against the legal owners of the land of Palestine. This is an attempt to ceaselessly repeat the accusation of ‘anti-Semitism’ and direct it at anyone who dares to oppose the policy of occupation and to identify with the just struggle of our people. Just as courage and justice during World War II meant saving Jews from the danger of extermination, today they mean supporting the Palestinian people’s right to oppose the crimes that the occupation’s army and settlers perpetrate against them. Today, the [real] ‘anti-Semites’ and inhuman [criminals] are those who support the policy of the occupation state and defend its crimes.

“D. Nobody must [propose] a smaller number of [Holocaust] victims without relying on studies whose sole objective is to discover the truth. Here we should note that whoever engages in the hobby of reducing the number [of Holocaust victims] falls into the Zionist trap by believing that the ‘small’ number of victims undermines the Israeli propaganda, which inflates [this number] in order to blackmail the world and force it to accept the racist policy of the state of occupation and settlements. [But] this inflation does not justify the occupation’s crimes, nor does it detract from the ugliness of the crime that was perpetrated against the Jews of Europe!

“E. Our people were not a side in World War II, so why should it bear the consequences of the crimes perpetrated by Europe against its [own] citizens of various religions and ethnicities, especially the Jews? Everyone knows that, during that war, Palestine was under the occupation of the British, who [later] acted to establish a state for the Jews of the world at the expense of our people and over the ruins of our homeland. Our people’s efforts at the time focused on legitimate opposition to the Zionist enterprise and were confined to historical Palestine, and we never lost our humanity and our sympathy for the oppressed, wherever they are.

“The Jews are fully entitled to seclude themselves with the pain that the Nazi crimes have left in their memory. As victims of Zionist racism, we feel unreserved sympathy for the pain of the Jewish and other victims, [but we] oppose the use of this pain to perpetuate the historic injustice against our people. We support the victims, but the state of occupation and settlements is a criminal [entity] that poisons our lives and contaminates the memory of the victims of Auschwitz with shame, racism, oppression and the killing of innocent Palestinians, [who are] the legal owners of Palestine.”