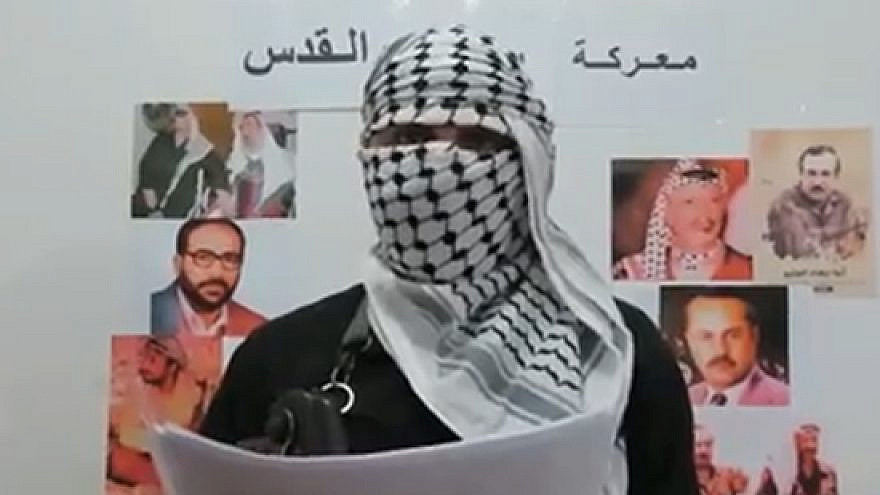 A member of the Palestinian Security Forces made these remarks in an anonymous video that was posted on various Palestinian online outlets on May 18, 2021. (MEMRI)
Spread the word.
Help JNS grow!
Share now:

(September 20, 2022 / JNS) An operation by Palestinian Authority security forces overnight Monday escalated into clashes with gunmen in Nablus, resulting in the death of a 53-year-old resident.

The man was shot dead during gun battles that took place as angry crowds marched in the streets of the city.

The PA’s forces had entered Nablus to arrest senior Hamas member Musab Shtayyeh as well as two other individuals.

Ynet reported that Shtayyeh was a close associate of terrorist Ibrahim al-Nablusi, who was killed in August during an Israeli raid.

The IDF has stepped up its own security operations in Judea and Samaria amid a spike in terrorist attacks originating from the Jenin and Nablus areas.

Defense Minister Benny Gantz earlier this month said that the Israeli military would continue to operate in P.A.-controlled areas if Ramallah fails to maintain security.

Gantz made his comments after attending a situation assessment by the Israel Defense Forces’ Intelligence Division amid concern that the P.A. is losing control in those parts of Judea and Samaria that are under its security jurisdiction.

It came as IDF Chief of Staff Lt. Gen. Aviv Kochavi warned that the P.A. was increasingly unable to rein in terror, a reality that was forcing Israel to intensify its actions.

Kochavi noted that the IDF had launched “Operation Breakwater” in March due to a “sharp increase” in the number of terrorist attacks in Judea and Samaria. As part of this operation, some 1,500 wanted Palestinians have been apprehended so far, and hundreds of attacks prevented, he said.

“Part of the increase in attacks is due to the inability of Palestinian security forces to properly govern in certain areas of the Judea and Samaria region. As a result, these areas become fertile ground for the growth of terrorism,” he continued.