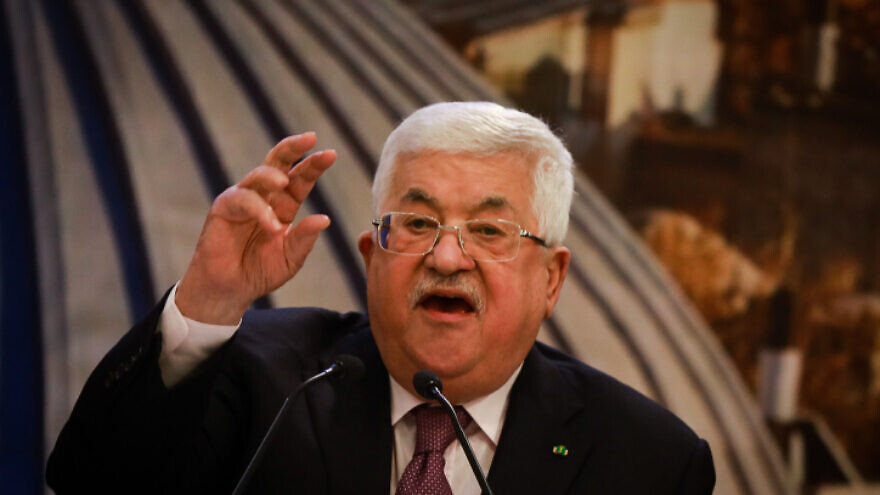 (August 13, 2020 / JNS) Palestinian Authority leader Mahmoud Abbas called for an urgent meeting on Thursday with other Palestinian leaders following the announcement of the peace deal between Israel and the United Arab Emirates.

Abbas spokesman Nabil Abu Rdeneh called the deal “treason,” saying it must be reversed. He called on other Arab states not to follow the UAE’s lead “at the expense of Palestinian rights,” reported the AP.

The Hamas terrorist group in the Gaza Strip called the deal a “stabbing in the back of our people.”

The official Palestinian news agency WAFA reported that Palestinian Foreign Minister Riyad al-Malki announced that following the order of Abbas, its ambassador to the UAE would be recalled.

The deal raised speculation that perhaps other Sunni Arab Gulf states at odds with Iran would follow the direction of the UAE.

Bahrain said it welcomed the deal, noting in the state-run Bahrain News Agency that just as importantly, it would stop “the annexation of the Palestinian territories as a step towards the achievement of peace in the Middle East.”

“I followed with interest and appreciation the joint U.S.-UAE-Israel statement on halting the Israeli annexation of Palestinian territories and taking steps that would establish peace in the Middle East. I also value the efforts the parties to this agreement make in order to achieve prosperity and stability in our region,” he posted via Twitter on the website of the Egyptian presidency.