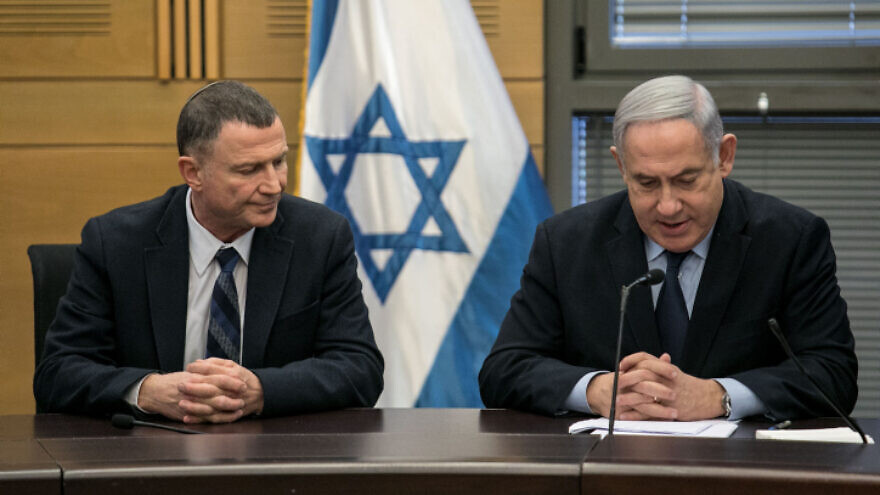 (October 14, 2021 / Israel Hayom and JNS staff) Some 86 percent of Likud voters prefer to see former Israeli Prime Minister Benjamin Netanyahu as the party’s leader over former Knesset Speaker Yuli Edelstein, who announced on Monday that he plans to challenge Netanyahu for the role, a Channel 12 news survey revealed on Tuesday.

Edelstein’s bid for the Likud chairmanship is theoretical at this point, however, as MK Haim Katz, who—as head of the Likud Central Committee—has the power to call for primaries, said that he has no intention of doing so in the foreseeable future.

“There’s no reason to hold primaries at this time. We had them before the [March] elections and people voted for Netanyahu,” Katz told Army Radio.

He was referring to Netanyahu’s landslide victory over challenger Gidon Sa’ar in the Likud primaries that were held in Dec. 2019. Sa’ar eventually left to form his own party, New Hope, which is part of the current coalition. Sa’ar now serves as justice minister.

According to the [Likud] bylaws, primaries will be called six months before the next Knesset elections,” said Katz. “We are a democratic movement; we have bylaws in place; so there’s no point in wasting time on this. I don’t understand what Edelstein is doing.”