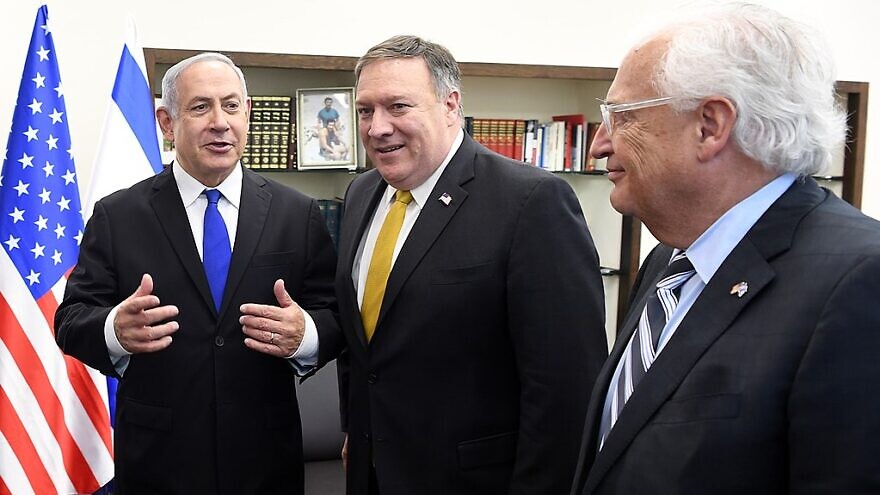 (June 25, 2020 / JNS) U.S. Secretary of State Mike Pompeo said on Wednesday that it was up to Israel whether or not to extend sovereignty over parts of Judea and Samaria.

Speaking shortly after the United Nations and Arab League called during a U.N., Security Council session for Israel to give up its plan to apply its law in the Jordan Valley and parts of Judea and Samaria, Pompeo said, “Decisions about Israeli and extending sovereignty in other places are decisions for the Israelis to make, and we are talking to all of the countries in the region about how it is we can manage this process for our end-state objective.”

Pompeo also criticized the Palestinian Authority for refusing to participate in the process.

“They simply have rejected this out of hand. We simply asked that they come to the negotiating table based on what’s outlined in the Vision for Peace, and they have chosen not to,” he said. “They have chosen to threaten, to bluster, to assert that they’re going to deny the ability to do security—that’s not good for the Palestinian people. It’s dangerous for the people that live in those places too,” he added.

Pompeo pointed out that the United States has called for negotiations between the Israelis and Palestinians to find a solution to disagreements and said he hoped the Palestinians’ stance will change going forward.

Meanwhile, Reuters reported that senior aides to U.S. President Donald Trump held meetings for the second day to decide what position to take on the plan by Israeli Prime Minister Benjamin Netanyahu to move forward with the sovereignty plan.