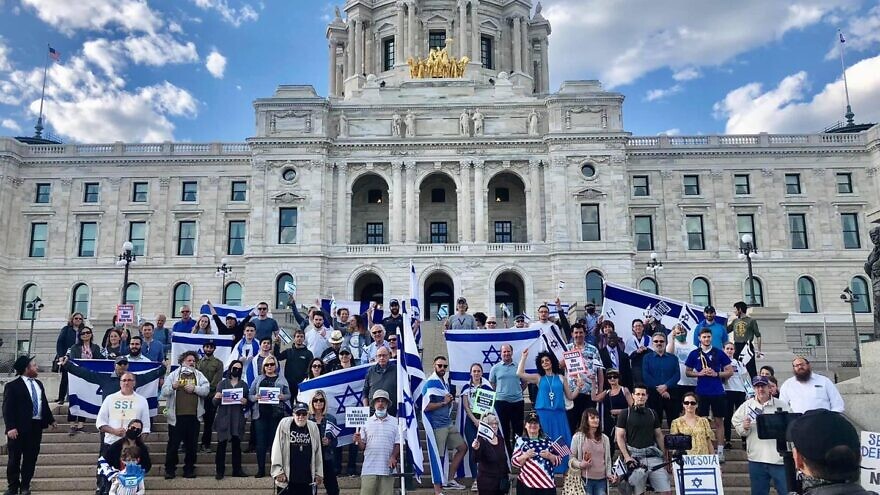 Unsettled by the inflammatory anti-Israel activity they were witnessing on the campus of the University of Minnesota, three Israeli college students decided on some counter-measures in March 2012.

“We just went through Israel Apartheid Week, which is hosted by Students for Justice in Palestine. They had a big ‘apartheid wall,’ students dropping to the ground, supposedly to represent dead Palestinians. We found the best way to fight back,” Ilan Sinelnikov, co-founder and president of Students Supporting Israel (SSI), told JNS.

Sinelnikov, Valeria Chazin and Naor Bitton formed a student organization with a $25 registration fee. SSI has grown from that single Minneapolis chapter into a behemoth of Israel advocacy. In 2014, SSI members received invitations to speak at the Israeli consulate in Chicago, where they met other students, gave a presentation on how to pass student government resolutions and urged them to start a club on their own campuses. DePaul University in Chicago became the second SSI chapter, followed by more clubs across the Midwest, including in Kansas and Iowa.

SSI is now active on nearly 200 American college campuses from coast to coast, along with five clubs in Canada and another in Buenos Aires. It has become the largest registered pro-Israel movement on college campuses, with nearly 1,000 members and close to 400 alumni, many of whom are going on to work in the Israel advocacy arena and the Jewish world, including for Hasbara Fellowships, Hillel branches, Jewish Federations, Jewish National Fund and elsewhere.

“The main reason for our staying power is that we never started it because we wanted to make it our profession. We were so fed up with the situation on campus. Arriving from Israel and seeing the injustice gave us the drive to push one extra step. If we need to protest at 6 a.m., whatever it is, we will always do the extra step,” said Sinelnikov. 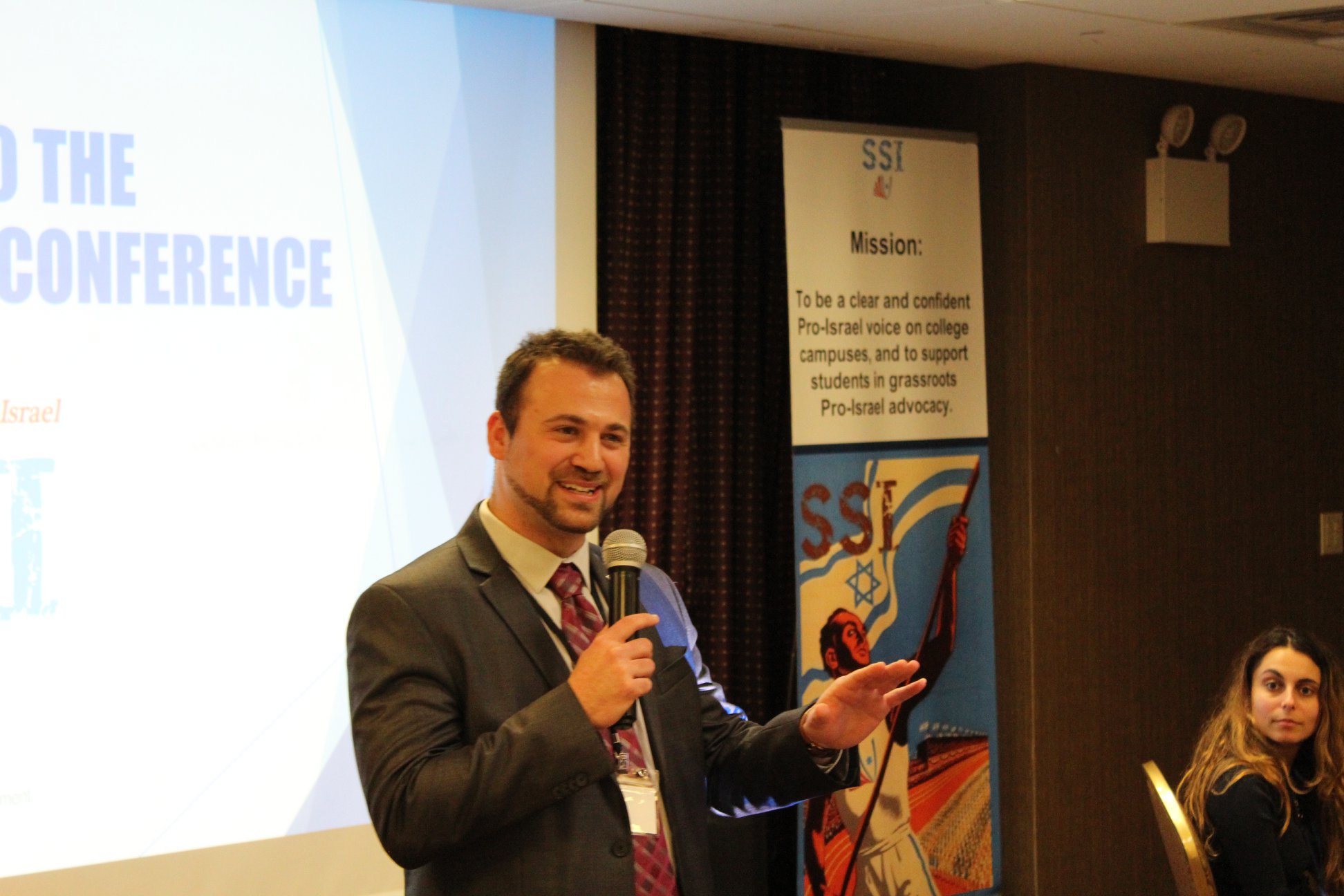 Every chapter, according to SSI’s mission, has as its overarching goal to be a clear, confident pro-Israel voice. SSI leadership assists potential new clubs through the application process at each school, along with the development of a constitution, and conducts calls with club leaders.

“We do try to give clubs some freedom in what they do. They know what’s best for their campus, and we promote good ideas from clubs on the national level,” said Sinelnikov.

The SSI co-founder stresses three main missions for each club.

“Firstly, we are not just a Jewish organization. We are open to anyone on campus. That’s very important to us. We don’t even hold meetings in Chabad or Hillel houses on campus,” said Sinelnikov, emphasizing the need to draw from a wide range of students. SSI says that approximately 30% of its members are not Jewish, including some club presidents, especially at universities where there isn’t a large Jewish community.

“Secondly, be proactive. The pro-Israel community only tends to wake up when something bad happens. Statements aren’t good enough. We need to bring own resolutions to student government, like the 25 we’ve had passed so far across the country. And thirdly, we need to be visible, like with counter-protests during rounds of violence with Gaza,” he said. 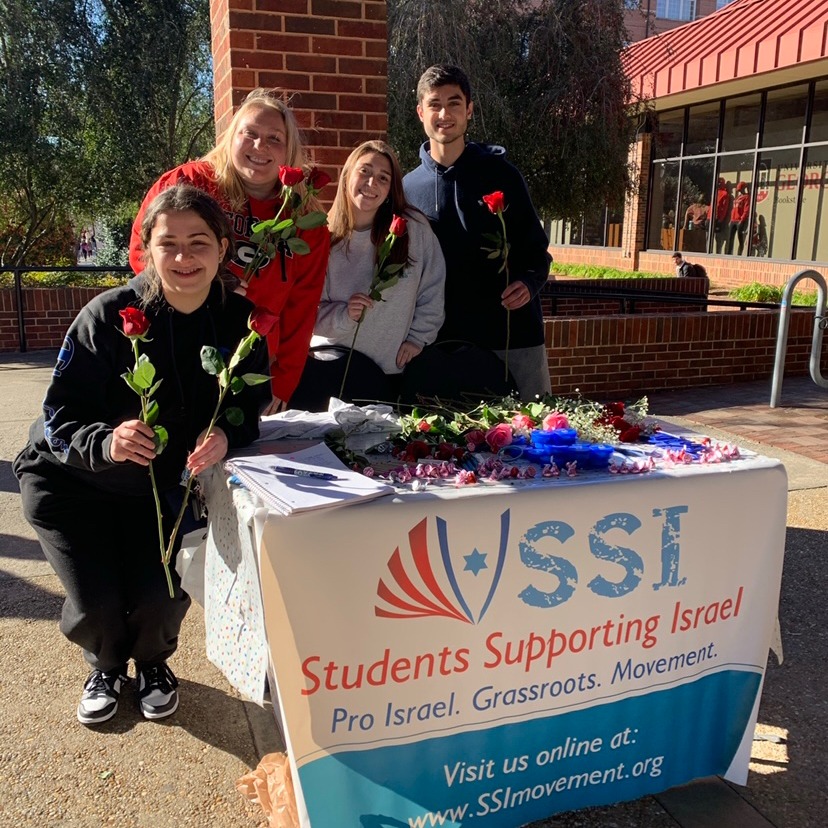 A table set up and staffed by the campus group Students Supporting Israel. Source: SSI/Facebook.

The SSI resolutions that have been passed have called for the support of Israel through investment in the Jewish state, increased study abroad programs in Israel, promotion of Israel, countering the BDS movement and calling for the adoption of the International Holocaust Remembrance Alliance (IHRA) definition of anti-Semitism. Other SSI achievements include defeating three separate anti-Israel student government proposals.

Some experts say the Israeli government was too slow to recognize and prepare for the battleground that college campuses would become in the narrative war between Israel and the Palestinians. Sinelnikov said that too many saw organizations like SPJ as an unserious problem – essentially, just students yelling. This, Sinelnikov and others believe, was a crucial mistake that put Israel at a disadvantage in shaping the minds of the future.

“The American Jewish community is strong. When you reach the top, you tend to not notice problems on the grassroots level. Those [SJP] students that were screaming now hold key positions in government, in corporations. American Jews didn’t empower it, but they didn’t stop it. We all came from Israel. We didn’t know the players. We just saw this big problem on campus,” said Sinelnikov. 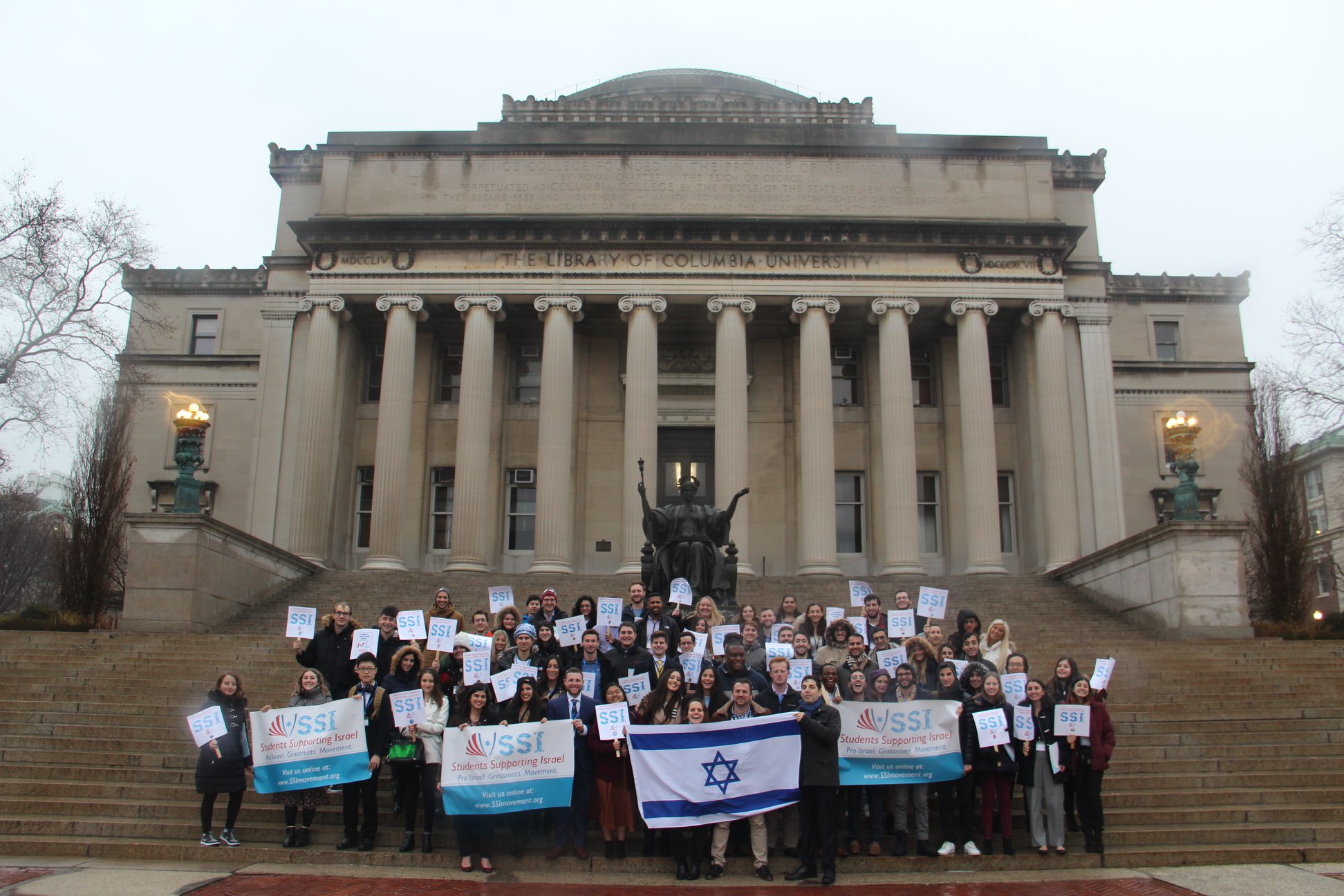 In fact, SSI has reached down into the high school ranks, starting a few clubs at that level, and leading what the organization deems to be age-appropriate conversations on a difficult, sensitive subject. And, leadership says, it has made growth on social media a priority.

“We have seriously picked up our engagement on Facebook. We now have over 1,000 followers on Instagram. People reach out to us, and we’ve grown from an organization to a platform for students to be able to file complaints about professors who are making pro-Israel students uncomfortable on campus,” Romy Ronen, president of SSI’s Columbia University branch, told JNS.

Ronen added, “I look at the first two weeks of this school year and never saw complaints at this level. We’ve improved and grown, but it’s really frustrating when [university] administrations, the general campus communities and the public doesn’t listen. Most times, anti-Semitism isn’t considered, because it is seen as political.”

SSI is planning to officially celebrate its 10th anniversary in August in Atlanta during the organization’s 6th annual conference. As the milestone approaches, Sinelnikov said he’s perhaps most proud that SSI is the only pro-Israel group started by students that have gone mainstream.

“We believe SSI will be an important branch of the Zionist world, to make sure that Zionism doesn’t turn into a taboo, into a bad word,” he said. “If students aren’t getting our message, they’ll hear it from SJP.”