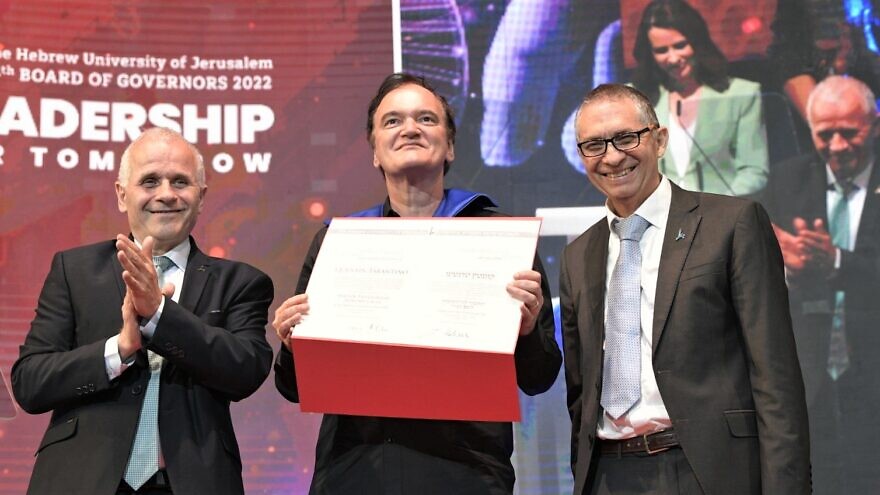 (June 13, 2022 / JNS) Along with other leaders from diverse fields, filmmaker Quentin Tarantino received an honorary degree, “Doctor Philosophiae Honoris Causa,” from the Hebrew University of Jerusalem at a festive ceremony during the 85th Board of Governors meeting.

The university awards such degrees to persons who have distinguished themselves by academic or creative achievement, who have rendered outstanding service to the university or whose activities have been of notable benefit to humanity, the State of Israel or the Jewish people.

At the ceremony, university president Asher Cohen presented the degree “in recognition of his critically acclaimed cinematic success as a writer, director and actor; honoring his 10 blockbuster movies and numerous Academy Awards, BAFTA Awards, Golden Globe Awards and the Palme d’Or award; in admiration of the scope of his artistic vision, creating films that span genres, historical periods and themes; and in tribute to his strong ties to Israel through his wife, Daniella [Pick], and for making Israel his second home.”

The 2022 honorees received their degrees alongside 287 Ph.D. students.