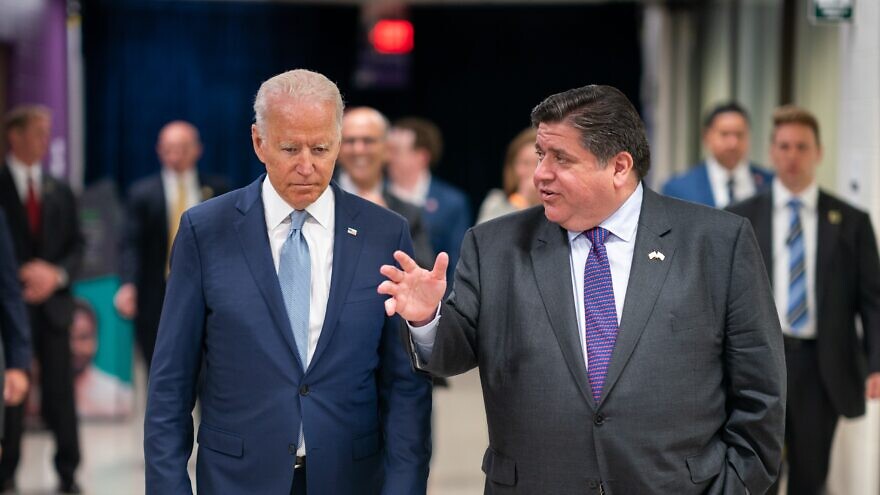 (July 5, 2022 / JNS) The suspected shooter in the Highland Park Independence Day Parade on Monday—Robert “Bobby” Crimo III, 21, of Highwood, Ill.—is in police custody after what Highland Park Mayor Nancy Rotering said was the bloodiest day in the history of the highly Jewish Chicago suburb.

Crimo was arrested after a brief car chase at 6:30 p.m. after being spotted in his car by a police officer in North Chicago.

At about 10:15 a.m., Crimo opened fire on a crowd of people attending Highland Park’s annual Independence Day Parade from the roof of a building downtown, killing seven people and injuring more than 30 others.

According to the Chicago Tribune, authorities said that Crimo had been planning the attack for several weeks. He dressed as a woman to avoid being detected and climbed a fire escape to the roof of the building from which he fired more than 70 shots into the crowd. He then dropped the rifle, left the roof and blended in with the crowd to escape to his mother’s house.

Victims of the shooting ranged in age from 8 to 85.

“Our community, like so many before us, is devastated. It’s impossible to imagine the pain of this kind of tragedy until it happens in your backyard,” Rotering, who is Jewish, said in a news release posted on the city’s website. “Gun violence—a mass shooting such as this—casts a much wider net of agony than what the public is typically exposed to; it’s a crisis that devastates entire families and communities in a single moment, and we know will take time to heal.” 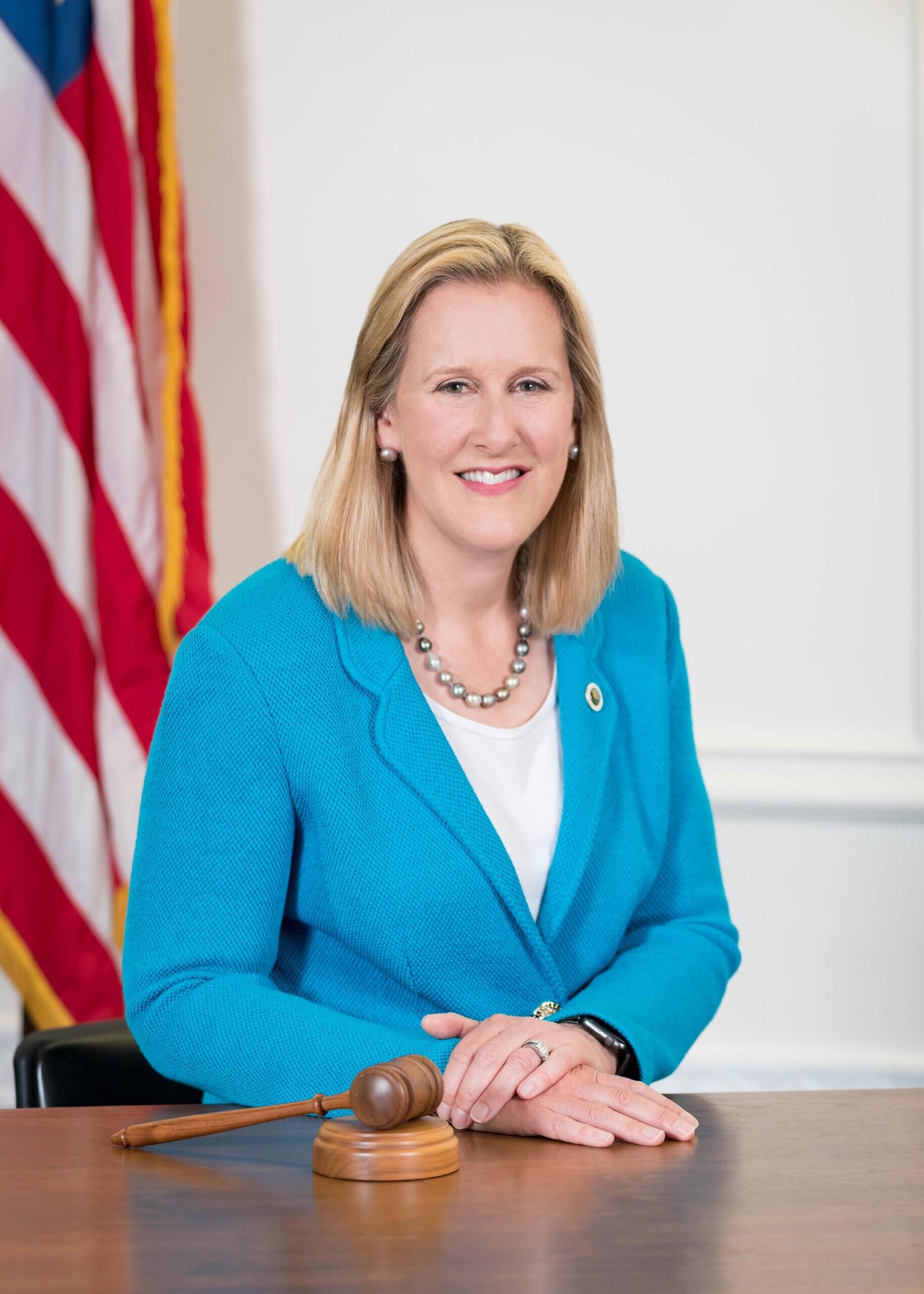 As news of the tragedy broke and law enforcement was still trying to determine a suspect, the White House released a statement from U.S. President Joe Biden.

“Jill and I are shocked by the senseless gun violence that has yet again brought grief to an American community on this Independence Day,” Biden said in a statement shortly after the shooting, adding that he had spoken to Illinois Gov. J.B. Pritzker and Rotering.

“ … I will monitor closely as we learn more about those whose lives have been lost and pray for this who are in the hospital with grievous injuries,” he said.

Biden mentioned that he recently signed bipartisan gun-reform legislation but added that “there is much more work to do, and I’m not going to give up fighting the epidemic of gun violence.”

“Hearing of loss of life and others injured,” he tweeted at the time. “My condolences to the family and loved ones; my prayers for the injured and for my community; and my commitment to do everything I can to make our children, our towns, our nation safer. Enough is enough!”

Pritzker, who is Jewish, arrived quickly at the scene and gave a speech to the media calling for an end to gun violence.

“There are no words for the kind of evil that shows up at a public celebration of freedom, hides on a roof and shoots innocent people with an assault rifle. There are no words I can offer to lessen the pain of those families who will no longer associate the Fourth of July with celebration, but instead with grief. … It is devastating that a celebration of America was ripped apart by our uniquely American plague. A day dedicated to freedom has put into stark relief the one freedom we as a nation refuse to uphold—the freedom of our fellow citizens to live without the daily fear of gun violence,” he said in part.

“There are going to be people who say that today is not the day—that now is not the time, to talk about guns. I’m telling you there is no better day and no better time than right here and right now.” 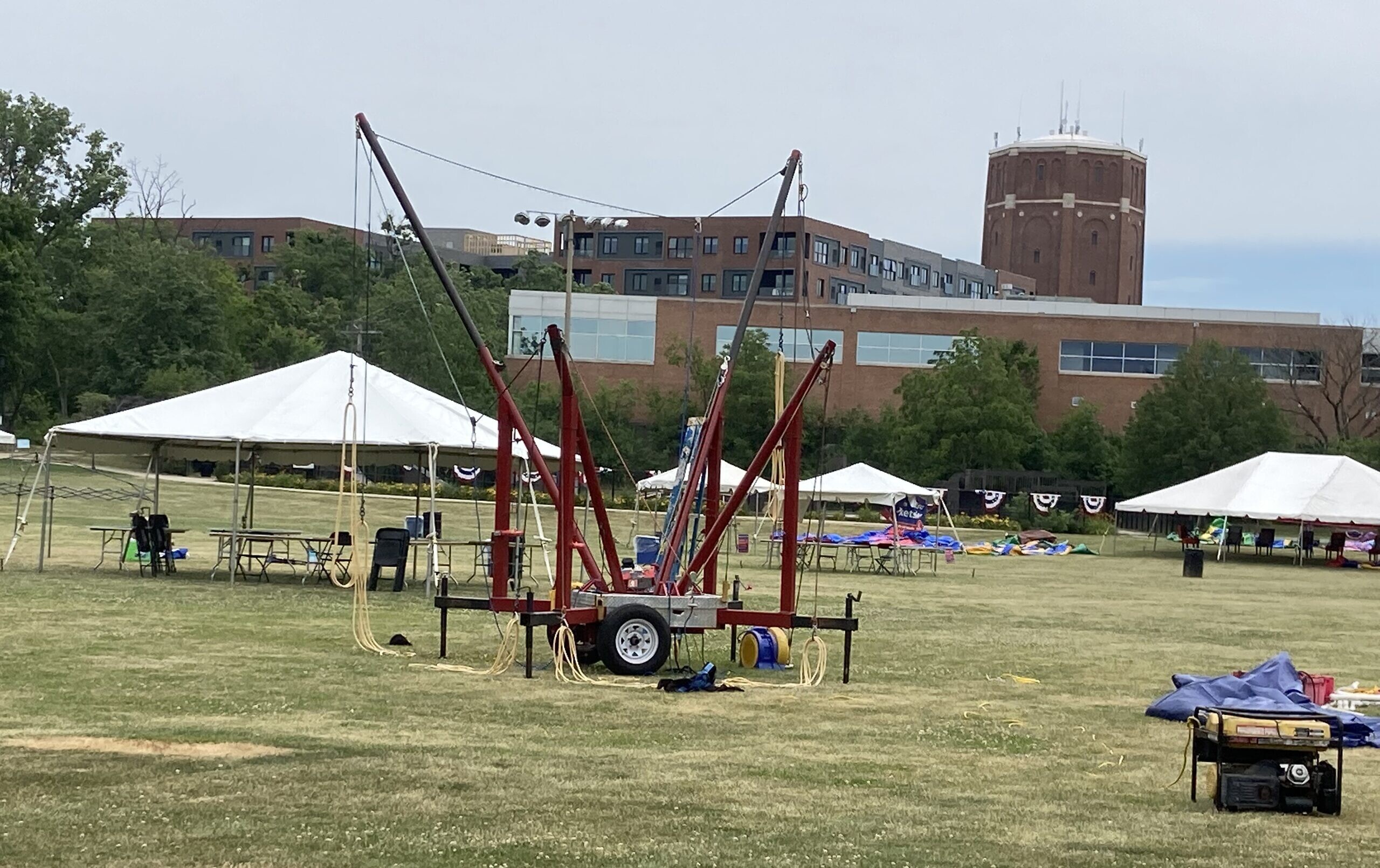 Ther fairgrounds in Highland Park, Ill., after the mass shooting at a morning parade on July 4, 2022. Credit: Meme Star27 via Wikimedia Commons.

Joining Pritzker at the scene was Sen. Tammy Duckworth (D-Ill.), who said that watching the videos of the incident and hearing the gunfire, that the last time she heard gunfire like that on the Fourth of July was when she was in Iraq.

In a news release, Duckworth said that the government cannot stop at last month’s gun legislation and that more must be done to keep communities safe.

“Illinoisans who set out this morning to celebrate our Independence Day and watch Highland Park’s Fourth of July parade found themselves running for their lives. At least [seven] of them will never make it home. Someone’s child. Someone’s grandparent,” she said in the release. “My heart goes out to the families who will never see their loved ones again, and I join the entire Highland Park community in grieving their losses and wishing swift recoveries for the victims who survived.”

Sen. Dick Durbin (D-Ill.) was not near the scene when it happened but arrived later, meeting with authorities.

“To face senseless gun violence while out celebrating Independence Day is nothing short of horrific,” he tweeted. “The nation’s prayers are with Highland Park today.”

Kinzinger tweeted: “The pure evil on display in Highland Park has rocked our state and the nation. As we grieve for the victims and those injured, we remain especially grateful to the [law-enforcement officers] who apprehended the shooter and to the first responders for swiftly reacting and saving countless lives.”