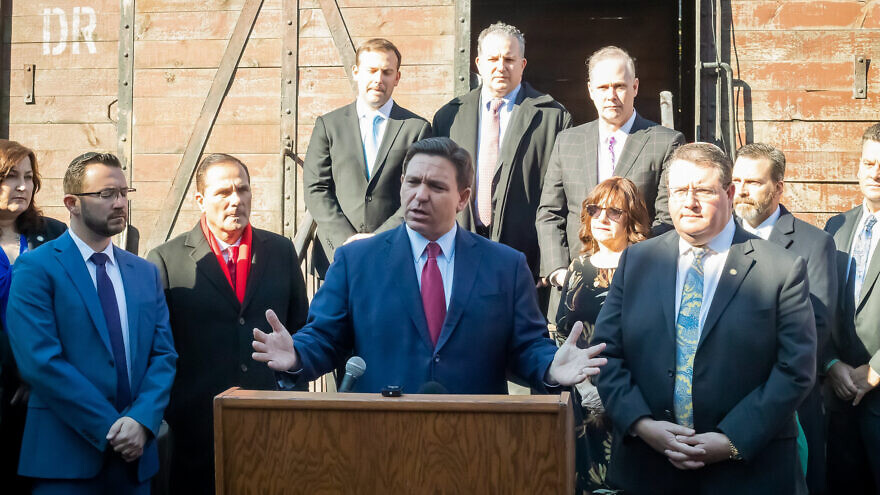 (February 15, 2022 / JNS) A remake of a railroad cattle car used by the Nazis to transport Jews to concentration camps during the Holocaust was on display outside Florida’s State Capitol building in Tallahassee on Monday, according to local news reports.

Inside the boxcar, visitors were given a 21-minute virtual experience that described the journey Jews made to Nazi concentration camps—for example, how 100 or more people were forcibly packed into the cars with no food or water, with slatted sides, a small window and very little air.

Florida Gov. Ron DeSantis went inside the boxcar with about 40 people.

“You can talk about the 6 million people that were killed. We all know that’s terrible. You can read it on a sheet of paper, but what does that actually mean when you see the tragedy. When you can see videos, when you can see some of the artifacts,” DeSantis said standing outside the Capitol building in downtown Tallahassee.

The governor further posted on Twitter: “Florida will continue to be a leader in Holocaust education and in fighting anti-Semitism. We will never forget.”

In May 2019, DeSantis signed into law the country’s toughest legislation on anti-Semitism. The ceremonial bill-signing took place in Jerusalem while the governor was visiting Israel.