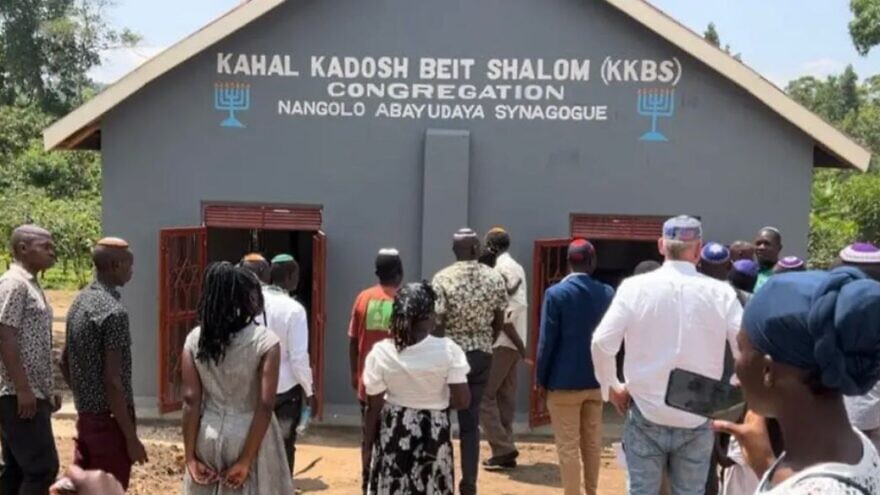 The conference-taking place in Ivory Coast, West Africa, is being organized by Kulanu, a New York-based non-profit that helps various groups abroad connect with Judaism.

“We are talking about emerging Jewish communities. This is an astounding concept and completely below the Jewish radar,” Rabbi Dr. Ari Greenspan, a Kulanu volunteer, told JNS. “No, we are not talking about ex-pat Ashkenazi and Sephardic communities in big cities like Nairobi or Cape Town. There are so many different groups in Africa associated with Judaism and the Jewish people.”

Greenspan broke down the diverse types of sub-Saharan African communities. “The Ethiopian Jews, are originally Jewish and widely accepted as being so. The communities in Tanzania and Zimbabwe originate from a Yemenite background. Others say they are non-Jews who converted such as the Abayudaya [Luganda for ‘People of Judah’] in Uganda. The Igbo in Nigeria, meanwhile, say that they come from the ‘lost tribes.’ ” 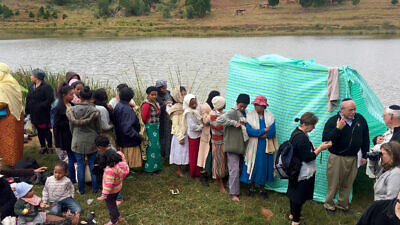 He continued, “In terms of numbers, there are smaller communities such as those in Madagascar, Kenya, Ivory Coast and Ghana with probably a hundred members or less. Some have a few thousand like the Ugandan Jews, and some count tens of thousands like the Lemba in Zimbabwe. The Igbo tribe has over 30 million people. While most Igbo today are Christian, they believe with all their heart that they originate from the tribe of Gad; they had an ancient king called Eri and Gad had a son named Eri. Amongst them today, there is a small number who are now actively Jewish and practicing Judaism in the most stringent manner, keeping the Shabbat and [they] even have a few active synagogues.”

Madagascar, explained the rabbi, has a distinct kind of community because it developed from a continuum of Christianity into Judaism.

“They shifted from Catholicism to Protestantism, transitioning from an ‘evangelical approach’ to a ‘biblical approach,’ and they eventually found that Judaism answered their search and so, this is what they ultimately drifted towards,” Greenspan said. “When you have a situation where we could have thousands if not millions of people [such as in Nigeria] who identify as Jewish or are supporters of Jewish culture. I personally think this is a tremendous bulwark against antisemitism.”

Rabbanit Bonita Nathan Sussman, president of Kulanu, told JNS, “Setting up a sub-Saharan African Jewish alliance like this is unprecedented. They will spend Shabbat together, meet up and discuss how to share their successes and challenges to move forward as a united African Jewish community.”

Greenspan, a practicing dentist, has traveled widely across the continent, is one of the few people who has visited most of these communities and has a broad, firsthand picture of emergent Jewish life in Africa. Kulanu originally intended to host the conference in 2020, but it was postponed in the wake of the COVID-19 pandemic.

Serge Etele, leader of a Cameroon congregation of around 100 members, said, “We are very isolated and it is important for us to foster connections such as this. Most African Jewish communities are scattered and therefore, it is amazing that we are able to come together.

“Some issues our community faces are difficulties getting Judaica items like Torahs, mezuzot, matzah on Passover, Hebrew books and other Jewish learning material. For now, when it comes to meat, we can slaughter our own kosher chicken and get fish, but beef and lamb aren’t available, neither is kosher wine. Hopefully in future, thanks to initiatives such as this, we can assist each other to overcome these challenges and grow in our Judaism,” Etele said.

Israel’s Chief Rabbinate recognizes only the Ethiopian Jews as being halachically (legally) Jewish and at this point, they are the only ethnic group from sub-Saharan Africa that is eligible to migrate to Israel.

Greenspan emphasized that Kulanu is non-denominational and non-political.

“Our goal is to help these distant communities to find themselves. We also provide educational and financial support whenever we can,” he said.

Uganda-based Rabbi Gershom Sizomu serves the Abayudaya and is the first locally-born black rabbi in sub-Saharan Africa. “I am very excited about this upcoming event. We will have a workshop on shechita [kosher slaughter]. There will also be a display of African music,” he said. 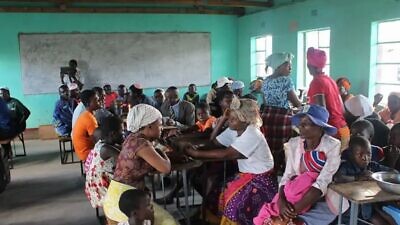 Hillary Zhou from Zimbabwe added, “This is the first time in our history that we are coming together. For me, this milestone is a sign of the gathering from all the four corners of the world of the dispersed people of Am Yisrael [the Jewish people]. We are indeed witnessing a new chapter in African-Jewish relations on a continent-wide platform. This is a moment of a lifetime and I have in my heart a great feeling knowing that we are not alone as we strive to expand our family ties. I thank Kulanu for making this possible.”