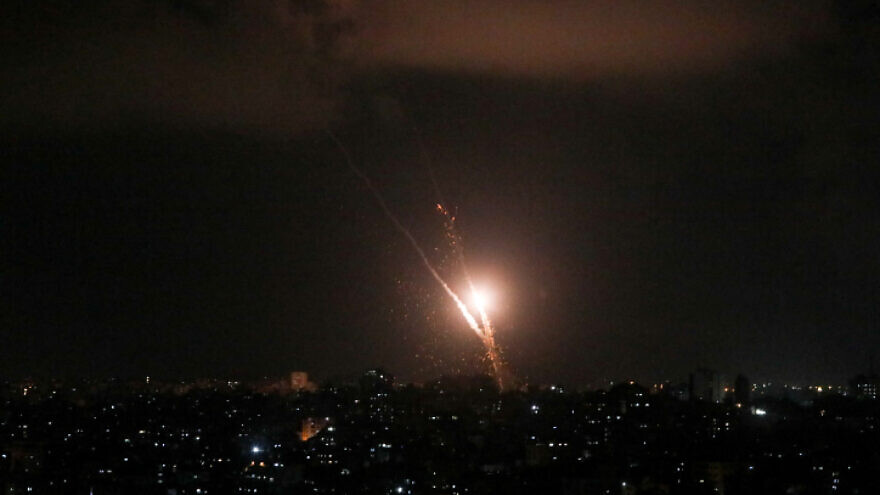 (January 4, 2023 / JNS) Palestinian terrorists in the Gaza Strip launched a rocket at Israel on Tuesday night, but the projectile fell in Gazan territory, according to the Israel Defense Forces.

The launch was detected, but in accordance with standard operating procedures no alert was sounded as no area of Israel was under threat, the IDF said in a statement.

Earlier on Tuesday, the Hamas terror group had threatened to “cleanse” the Al Aqsa Mosque of “the filth of the occupation,” following a visit to the Temple Mount a few hours earlier by Israeli National Security Minister Itamar Ben-Gvir.

The day before, Hamas said that it would “not stand idly by” if Ben-Gvir ascended the Mount, adding that his visit would “ignite the region.”

The Palestinian Authority called the visit an “unprecedented provocation.”

Following his early-morning visit to the site, Ben-Gvir said that Israel’s new government would not surrender to terrorist threats.

The Temple Mount was the most important place for the people of Israel, he said, adding, “We maintain the freedom of movement for Muslims and Christians, but Jews also go up to the site, and those who make threats must be dealt with with an iron fist.”