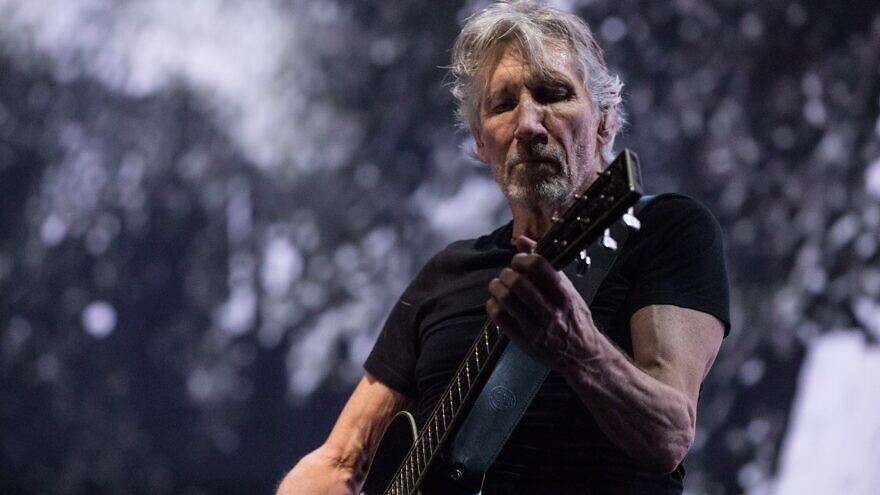 “At the turn of the millennium, I had no idea really what was going on,” said Waters. “I thought, Israel isn’t that people in sandals going around and you know farming, and aren’t they Socialists. … I was completely wrong. It’s not about that at all.

“It’s about a bunch of, you know, Europeans back in the middle of the 19th century deciding that they were going to take over this piece of land, and kick out anybody that lived there and take it over for themselves and for their own little cabal,” he alleged.

That policy would, among other things promote a “Nakba Day” on campus (nakba is Arabic for “catastrophe” and alludes to the establishment of modern-day Israel in 1948).

Five or six years ago, said Waters, one couldn’t use the word “apartheid” in reference to the “Zionist agenda.” You couldn’t do it, it was absolutely verboten … ,” he added, using the German word for “forbidden.”

“Now,” he continued, “It’s impossible to have any conversation about the Zionist project in Palestine without using the word apartheid because it has become generally accepted by anyone with an IQ above room temperature or anyone who has any knowledge at all the situation in the occupied territories.”

Talking about the advocacy group B’nai Brith, he said, I remember those  “a**holes from the last time I was in Canada,” and they would be trying to get people to not come to my shows and to join them in the belief that I am an anti-Semite. … I pity them now because they are clinging to the last shreds of any attachment to their fascist belief in Jewish supremacy in the Holy Land, and it is fascist …

“The platform upon which B’nai Brith and the settler-colonialist Zionist movement and obviously the government stand … has diminished until it’s almost disappeared … and it’s going to disappear, and it will no longer be there in spite despite rich donors to McGill University putting pressure” on the administration to overturn the “democratic vote” of students, he continued.

“There is nothing you can say about the Zionist project that is defensible,” stated Waters. “It is all based on absolute lies.”

He went on to call the former prime minister of Israel, Golda Meir, a “lying piece of s**t,” claiming that she said Israel was a land without people when the Palestinians were already there.

The online forum was co-sponsored by some 30 groups, including Samidoun: Palestinian Prisoner Solidarity Network, which the Israeli Ministry of Defense calls a terrorist organization.

‘A message of division’

Jewish groups criticized Waters for his participation, noting that his time would have been better spent supporting groups that build bridges between communities instead of demonizing Israel and its supporters.

“From the decision to associate with Samidoun to mocking legitimate concerns of Jewish students, we knew we had to say something,” said CIJA Quebec vice president Eta Yudin. “The organizers need to take a hard look at the message they’re sending. Instead of sending a message of division, they should aim to bring together Jews and Arabs living in Israel.”

Yudin pointed out that “it’s the students on campus who are stuck facing the consequences when groups like these choose the path of hate and division. They tell us about the real toll this polarization takes on their mental health and well-being. Anti-Semitism and intolerance have no place on campus.”

As for B’nai Brith Canada, CEO Michael Mostyn responded to Waters’s criticisms, saying “this isn’t the first time he has chosen to speak about our organization in public, and we’re appreciative that he feels the need to talk and think about B’nai Brith Canada and our concerns as much as he does.”