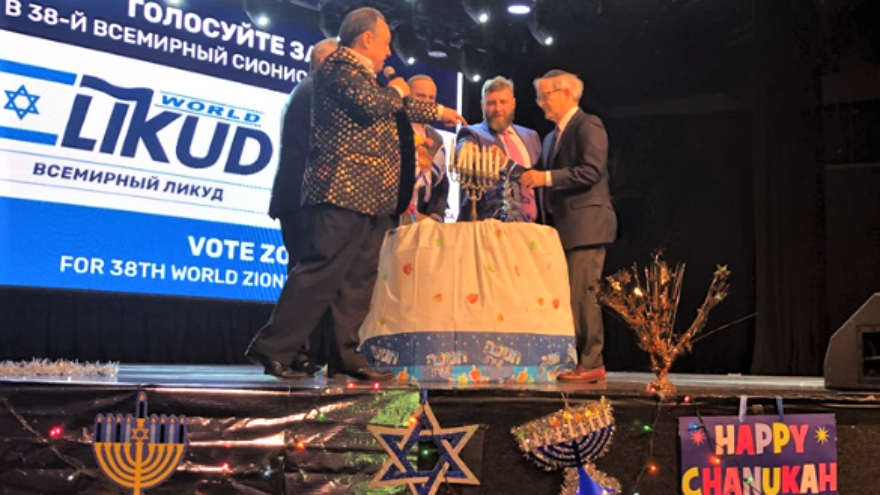 (January 2, 2020 / JNS) More than 1,300 people attended a concert at the Master Theater in Brighton Beach, N.Y., on Dec. 26 hosted by the Russian-speaking division of the new Zionist Organization of America coalition slate running in the 2020 World Zionist Congress (WZC) elections, which will take place from Jan. 21 to March 11.

The concert helped raise awareness that leaders of the Russian-Jewish community have joined the ZOA coalition slate in the upcoming WZC election, and that the coalition is fighting to strengthen and defend Israel and the Jewish people.

The WZC is the “Parliament of the Jewish People,” founded by Theodor Herzl in 1897.

Currently, the full WZC meets in Jerusalem once every five years to make key funding and policy decisions for Israel’s national organizations, affecting the future of Israel and Jews throughout the world. The 38th WZC will meet in October.

The WZC has 525 delegates worldwide, including 152 delegates from the United States, elected from various competing slates.

The ZOA and the Russian Jewish Federation were at the first WZC in 1897. And all three entities presented the case for the Jewish state at the 1919 Paris Peace Conference, which led to the establishment of the mandate system confirming the Jewish people’s rights to closely settle and re-establish the Jewish state.

“Having more than 20 prominent leaders of the Russian Jewish community join the ZOA coalition feels like a homecoming,” said ZOA national president Mort Klein in a statement. “Russian Jews are smart and hardworking, great Zionists and proud and courageous Jews. Together, we can make a real difference for our people and homeland.”