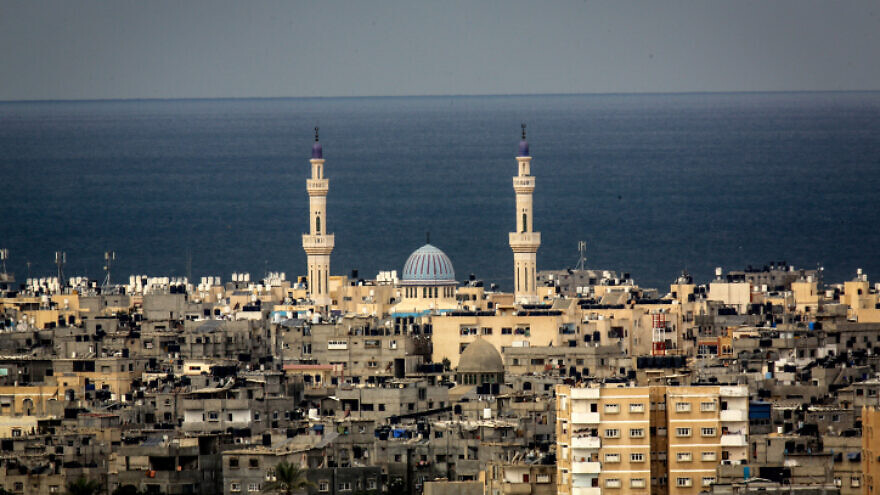 (February 17, 2022 / JNS) The Israel Security Agency (Shin Bet), together with the Israel Police, announced on Thursday that they had arrested a Palestinian from the Gaza Strip at the end of January who entered Israel with a medical-treatment permit and who “later exploited this in order to illegally remain in Israel.”

The suspect, 27, was recruited to Hamas’s military wing in 2009, according to the statement, and took part in training and military activity against the State of Israel, including activity for Hamas’s secret apparatus (the General Security Unit).

“His activity in Hamas and the extensive knowledge to which he was exposed led to a unique investigation that uncovered much intelligence on Hamas, including, among other things, tunnel locations, weapons storage locations and other military locations from which the organization operates,” said the Shin Bet.

The investigation further revealed that the suspect exploited his time in Israel to transfer intelligence to his commanders in Hamas, as well as made unsuccessful attempts to recruit additional members for Hamas.

The material has been transferred to Southern District Prosecutors, who in the coming days are expected to charge the suspect at the Beersheva District Court.

The Shin Bet said the investigation unveils the latest cynical attempt by Hamas to exploit humanitarian approvals given by Israel to Gazan residents in order to promote terrorist activities.