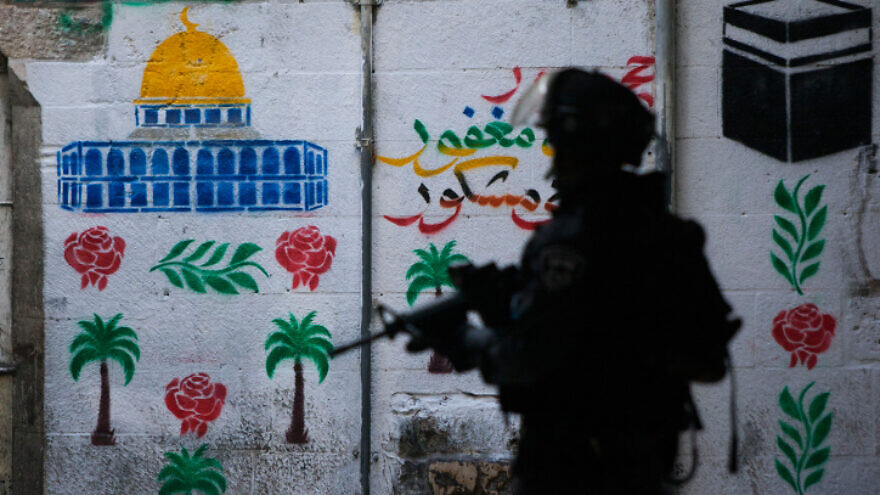 (September 17, 2020 / JNS) The Shin Bet revealed on Thursday the existence of a joint effort by the Iranian Quds Force and the Lebanese terror group Hezbollah to recruit Israeli and Palestinian civilians and residents to carry out terrorist activities in Israel.

In August, Yasmin Jaber, a resident of Jerusalem’s Old City who works at the National Library, was arrested for questioning, due to suspicions that she had been recruited by Hezbollah, according to the Shin Bet. Several of Jaber’s acquaintances were also taken into custody, including one Tasnim al-Qadi, a Ramallah resident who has lived in Turkey in recent years.

The investigation revealed that Hezbollah organizes conferences in Lebanon for young Palestinians for the express purpose of identifying potential recruits from Israel and Judea and Samaria. Jaber was identified as a potential recruit at one such conference in Lebanon in 2015. According to the Shin Bet, she was given the code name “Racheel,” the Arabic form of “Rachel.”

During a subsequent visit to Lebanon in 2016, Attaya Abu Samhadna and Muhammad al-Hajj Musa, known operatives in the Quds Force and Hezbollah’s joint terror unit, linked her to a senior figure in this unit, known as “Fares Awda.”

According to the Shin Bet, “Fares Awda” is the nickname of Jaafar Kabisi, who is known to have been involved in additional attempts to recruit assets in Israel and Judea and Samaria.

As part of her activities for Hezbollah, Jaber traveled to Turkey for meetings, during which she received instructions from Rand Wahba, code name “Wafaa,” a Hezbollah operative in the joint terror unit.

At these meetings, it was made clear to Jaber that her role was to recruit additional Israeli operatives to serve as a terror cell under her command. She was instructed to focus her efforts on recruiting Israeli Arabs, and particularly women, due to their greater freedom of movement in Israel.

During her interrogation, Jaber’s friend Tasnim al-Qadi revealed that she, too, had met members of the joint terror unit at a conference in Lebanon in 2015, and that she had maintained contact with them since.

Al-Qadi served as the unit’s liaison with Jaber, as part of the clandestine communication channels used by the terror unit to prevent the disclosure of its activities to elements in Israel, and even received money from them.

Jaber and al-Qadi will be indicted for security offenses in the coming days.

A senior Shin Bet source called the investigation “another step in the counter-terrorism efforts carried out in the past year against Quds Force and Hezbollah attempts to recruit Israeli Arabs.”

“The Shin Bet, together with its partners in the defense establishment, will continue to work resolutely to thwart all terrorist and espionage activities of Iran and Hezbollah, including those originating in the Turkish arena, and to expose all elements in Israel and Judea and Samaria.”