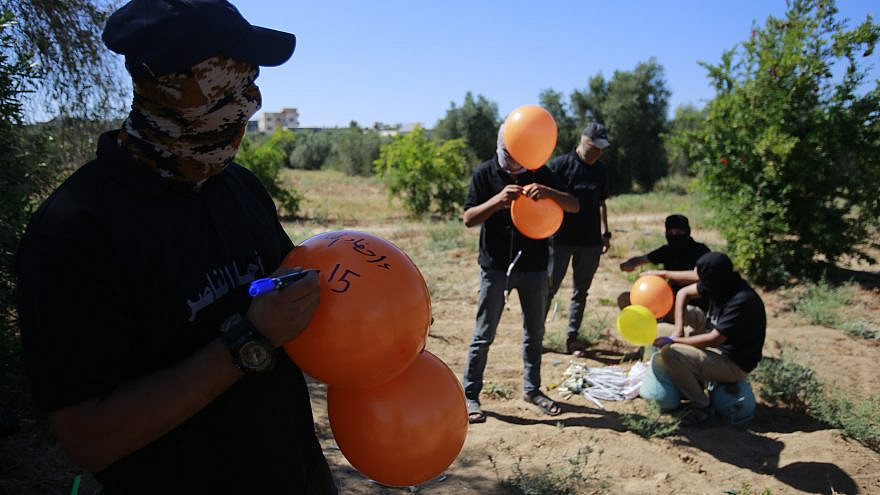 (June 15, 2021 / JNS) Some 5,000 Israelis took part in a flag march in Jerusalem on Tuesday evening after it was postponed on May 10, Jerusalem Day, due to a security escalation.

The marchers walked down a new route agreed upon with police, beginning with the Street of the Prophets, passing through Sultan Suleiman Street and Damascus Gate, where the flag dance was held, and continuing on to Jaffa Gate and the Western Wall, according to Kan News. At Jaffa Gate, the marchers split into small groups of 50 and were placed under heavy security to avoid clashes with Arab residents, reported Ynet.

Police announced the arrest of 17 Arabs in eastern Jerusalem for throwing rocks and assaulting police. Two officers sustained injuries and had to be evacuated for medical treatment. The Red Crescent said 33 Arab protesters were injured in clashes with police in eastern Jerusalem, none seriously.

Calls for “Death to the Arabs” were heard by some in the Jewish crowd.

The march was held against the backdrop of threats by Hamas and Palestinian Islamic Jihad in the Gaza Strip. The U.S. embassy in Jerusalem sounded an alert on Monday evening, prohibiting its employees and their family members to join a planned flag march in the Old City on Tuesday.

Kan also reported a number of fires in southern Israel caused by incendiary devices attached to balloons and flown across the Gaza border.

Meanwhile, Israel sent messages to Egypt stating that the march had changed its route so as not to provoke Muslim sentiments, according to Ynet. The diplomatic messaging said Israel expected Egypt to reign in Hamas to avoid a security deterioration. Israel Police also sent messages of calm to local Israeli Arab leaders.