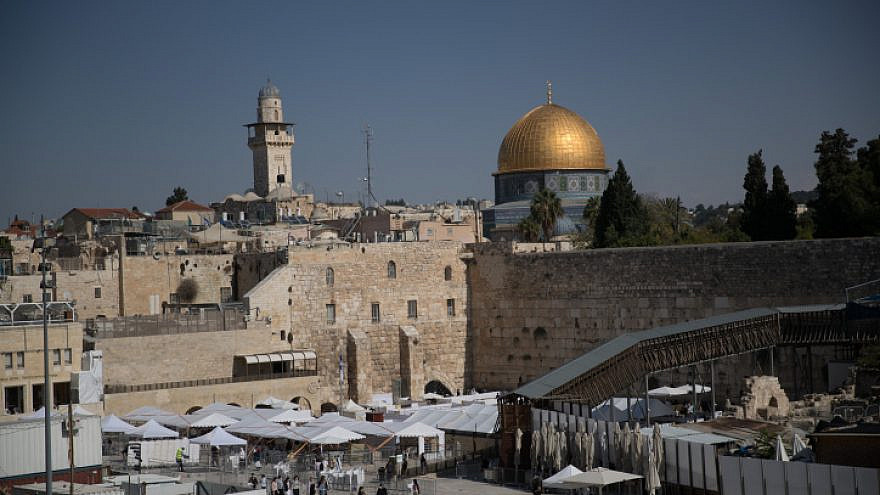 (June 14, 2021 / JNS) The U.S. embassy in Jerusalem announced a “Demonstration Alert” on Monday evening, prohibiting employees and their family members to join a planned flag march in the Old City on Tuesday, as possible counterdemonstrations were to be expected.

“U.S. citizens can take this into account when making their own travel plans,” read the embassy alert. “As security incidents often take place without warning, U.S. citizens are strongly encouraged to remain vigilant and take appropriate steps to increase their security awareness,” it said.

It came as the Israel Defense Forces beefed up the deployment of Iron Dome air-defense batteries throughout the country as tensions again rise with the Hamas terror organization in the Gaza Strip, a report by Kan News said on Monday evening.

Hamas and Fatah have called for a “Day of Rage” on Tuesday in Jerusalem and areas of the West Bank in response to the planned march.