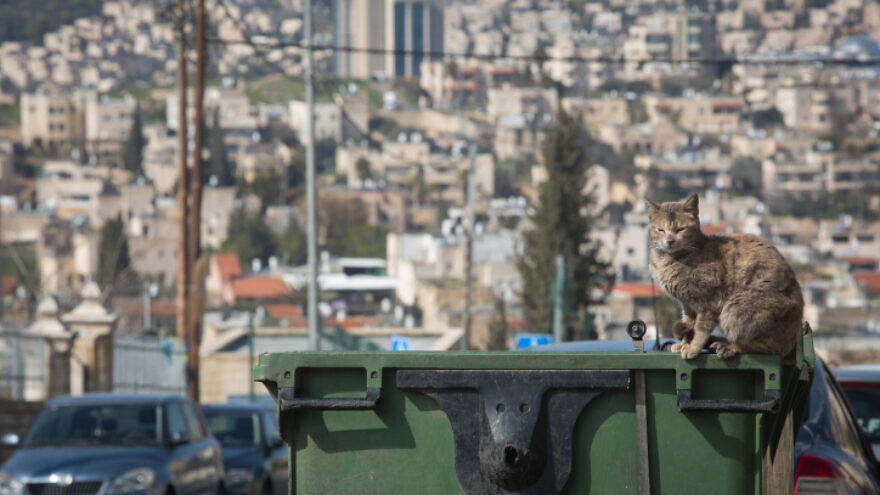 The project is located just southeast of the Pais Arena Jerusalem sports facility, on the northwest edge of the Arab neighborhood of Beit Safafa. Final approval is pending, but it is a near certainty.

The plan to build in this area was formulated under the government of Prime Minister Yitzhak Rabin in the 1990s, but it was shelved due to foreign and local political pressure as it is adjacent to the 1949 armistice line (the so-called Green Line).

The Givat Hashaked project, along with a 1,500-unit building plan for Jerusalem’s “Lower Water Aqueduct” neighborhood, was pulled from the planning committee’s agenda by Prime Minister Yair Lapid in July, to avoid a flare-up with the U.S., as both plans were set to be advanced just hours before the arrival of President Joe Biden in Israel.

Several left-wing groups including Ir Amim and Peace Now have spoken out against the project due to its proximity to an Arab neighborhood. They also claim that the new construction will be exclusively for Jewish residents.

A municipal spokesperson told JNS that the project will enhance the quality of life for all residents of Jerusalem, and stressed that development projects have recently been approved for all populations.

“The Givat Hashaked project is being advanced on land that has been designated for development for many years and completes the urban continuum from Beit Safafa to the Begin Highway and Emek Refa’im Park.  The plan creates new high-quality, pedestrian-friendly public spaces that will serve as a passageway to the city for all its residents,” he said.

“Regarding the possibilities for development in the area, both in Beit Safafa and in the city as a whole, in recent years plans have been advanced to further construction and empower [all populations], according to the municipal and district planning policies. Just recently next to Givat Hashaked, in areas considered part of Beit Safafa, similar plans were approved for additional construction and multipurpose [public] spaces,” the spokesperson said.

However, Amy Cohen, director of international relations and advocacy for Ir Amim, told JNS her organization opposes the Givat Hashaked project, saying, “It would only be natural for the area to be utilized by Beit Safafa residents, whose land areas and resources have already been depleted by highways and the construction of other Jewish ‘settlements’ in the area.”

Cohen continued, “Beyond the issue of deep discrimination and disparities in the urban planning system in Jerusalem, which leads to Palestinian displacement, it should be underscored that building another ‘settlement’ in east Jerusalem further foils any remaining prospects for an agreed political resolution based on two capitals in Jerusalem.”

“We are planning for people who want to buy and rent apartments in the city of Jerusalem. We don’t check what religion they are before they buy or rent. Ir Amim’s accusation is completely unfounded,” she told JNS. “I don’t understand why Givat Hashaked is being described as a Jewish neighborhood. Everyone is invited to live in this neighborhood, just like in Pisgat Ze’ev” in the city’s northeast, which has both a Jewish and an Arab population.

“The only sectorial group excluding others from neighborhoods is the Arabs who don’t want Jews moving into neighborhoods such as Silwan and Sheikh Jarrah,” Hassan-Nahoum said. “We lack apartments in this city for communities and young families, and we are doing our job in providing more housing opportunities for everyone.”

Cohen acknowledged that the city of Jerusalem doesn’t designate any neighborhood as being built or designed specifically for Jews or Arabs. She added, however, “If you read the fine print, one can ascertain from the details such as the mention of the neighborhood’s proximity to recreational sites in the western side of the city, that this is a Jewish neighborhood.”

Former Ambassador to the U.N. and government minister Danny Danon, who is running on the Likud Knesset candidates list in the upcoming election, responded to a JNS question about those trying to create rifts between Israel and foreign governments over building issues in Jerusalem.

“Jerusalem is Israel’s united and eternal capital. We do not seek anyone’s approval to build in our capital city. Moreover, the Jerusalem City Council advances building projects for both Muslim and Jewish residents alike. It is absurd and unthinkable that Jewish neighborhoods are condemned while the construction of Muslim neighborhoods is welcomed. Israel will continue to build and develop Jerusalem for the benefit of all its residents,” Danon said.