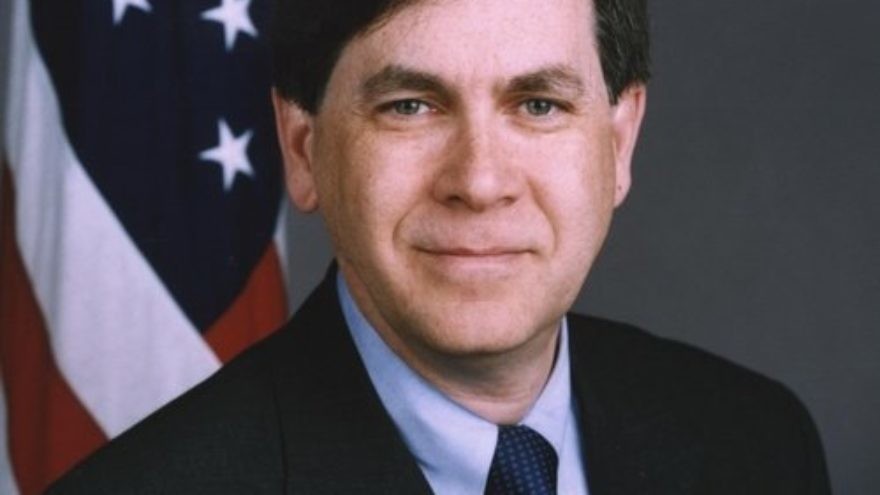 The newly appointed Middle East director at the State Department has a long record of criticizing and pressuring Israel. Isn’t anybody at the White House paying attention to who’s being hired over at Foggy Bottom?

David Satterfield, who is slated to become assistant secretary of state for Near East affairs next month, played a significant role in U.S. policy and diplomacy concerning Israel and the Palestinians in the late 1990s and early 2000s. A look at some of his comments from that period reveals he repeatedly suggested a moral equivalency between Palestinian terrorism and Israeli counterterrorism.

Consider Satterfield’s remarks at the Center for Policy Analysis on Palestine (CPAP) Nov. 2, 2001. The date is important. It was the height of the second intifada. There was Palestinian terrorism on a daily basis. In the weeks prior, suicide bombers had struck at the Sbarro Pizzeria in Jerusalem (15 dead, 130 wounded) and the Nahariya train station (three dead, 94 wounded). In the midst of this bloodshed, Satterfield criticized Palestinian terrorism—and then proceeded to criticize Israel.

Making the aggressor and the victim appear to be equivalent, Satterfield declared (according to The Associated Press): “The intifada, whatever its origin, has become an ongoing process of calculated terror and escalation, reciprocated by actions which all too often by Israel proved inflammatory and provocative. Steps must be taken to bring this to a halt.”

And a brief word about Satterfield’s troubling choice of venue. CPAP is an extreme anti-Israel group that should never be honored with the presence of a U.S. government official. In 2003—just to cite a random example to illustrate the center’s mindset—the CPAP winter conference was titled “Israel’s Policy of Apartheid and Ethnic Cleansing.” Why would Satterfield to choose to keep that kind of company?

There was more moral equivalency from Satterfield the following year, at the Weinberg Founders Conference of the Washington Institute for Near East Policy in October 2002. Satterfield criticized Yasser Arafat, then blasted Israel for encircling Arafat’s terror headquarters, the “Muqata” compound in Ramallah. The Israeli action “was wholly unhelpful and froze the positive currents of reform and direct pressure placed upon [Arafat] by Palestinian elites,” Satterfield declared.

You would think that would be the cause of “hope being in very short supply.” But no—according to Satterfield, there were two reasons that hope was in short supply, not just one. Hope was “evaporating in the understandable rage of Israelis suffering through horrible acts of terror”—but hope also “is being swallowed up in the deep frustrations, daily humiliations and wounded dignity of Palestinians living under occupation.”

Someone who perceives Israel’s legitimate self-defense actions as “inflammatory,” “provocative” and “unhelpful,” and who thinks that Israel and Palestinian terrorists are equally to blame for the erosion of hope, has a dangerously shallow understanding of Middle East reality. David Satterfield’s record demonstrates that he does not fully appreciate the difference between Palestinian aggressors and Israeli victims. He does not accept Israel’s right to take all necessary defensive actions against the stabbers, snipers and suicide bombers who threaten its citizens daily. Satterfield’s appointment should be rescinded immediately.