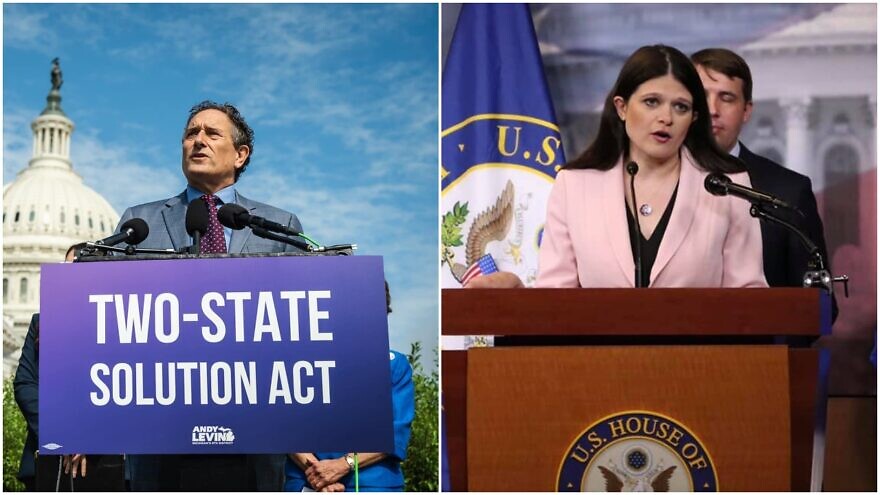 The 39-year-old beat fellow incumbent Rep. Andy Levin (D-Mich.) in a rare contest between incumbents by winning with 59.9% of the vote to Levin’s 40.1%. Stevens’s win means she will likely go on to take the seat in the November general elections as well, given the overwhelming Democratic electorate in the region.

Levin’s defeat marks the first time since 1979 that Michigan’s Democratic congressional delegation does not include a member of the Levin family, as its political dynasty includes his father, former Rep. Sander Levin, and his late uncle, Sen. Carl Levin.

The district, which was redrawn after the 2020 U.S. Census, covers most of Oakland County, which contains Michigan’s largest Jewish population centers in the cities of West Bloomfield, Bloomfield Hills, Birmingham, Farmington Hills and Oak Park.

While they both represent the same party, Stevens, who is not Jewish, ran as a moderate Democrat, while Levin, who is Jewish, sided with the progressive wing of the party. He even campaigned with Sen. Bernie Sanders (I-Vt.) and “Squad” member Rep. Rashida Tlaib (D-Mich.) in the closing stages of the race.

Their ideological differences were reflected in their policies towards Israel. Pro-Israel and Jewish organizations, both traditional and progressive, took note.

While both candidates considered themselves to be pro-Israel, traditional pro-Israel organizations such as AIPAC, Democratic Majority for Israel (DMFI) and Pro-Israel America (PIA) endorsed Stevens for her strong pro-Israel record while blasting Levin for introducing a bill that threatens to condition aid to Israel. 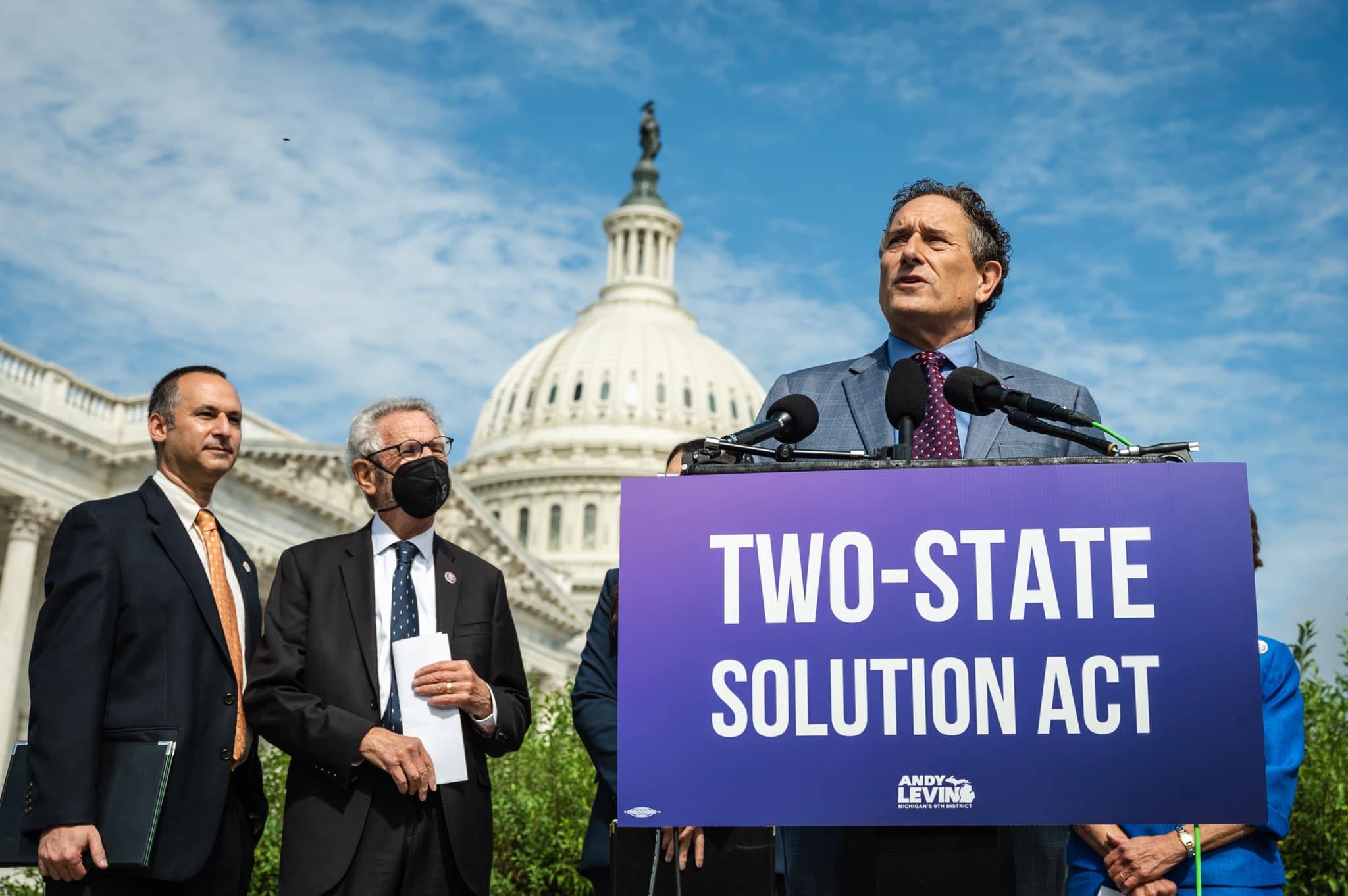 ‘Bigger than just candidates on the ballot’

Within an hour of polls closing on Tuesday night—before most organizations had yet to officially call the race victory for Stevens—Jewish organizations began sending out news releases touting their successful endorsement.

AIPAC congratulated Stevens, saying that Democratic voters had sent an unambiguous message that being pro-Israel is sound policy and politics.

“This political battle was bigger than just the candidates on the ballot,” AIPAC president Betsy Berns Korn added in a separate email to the group’s supporters. “It was an opportunity to defeat a detractor of the U.S.-Israel relationship and to strengthen support for Israel—both within the Democratic Party and in Congress overall.”

DMFI PAC chairman Mark Mellman said in a news release that his organization supported Stevens through an independent expenditure campaign including digital ads highlighting her endorsement by the Detroit Free Press, adding that Stevens is a millennial “pro-Israel champion.”

PIA executive director Jeff Mendelsohn called Stevens a proven advocate for the U.S.-Israel relationship. “[She] defeated an opponent who has been called one of the most corrosive members of Congress on Israel, making this an important victory for her constituents and for the pro-Israel community,” he said. 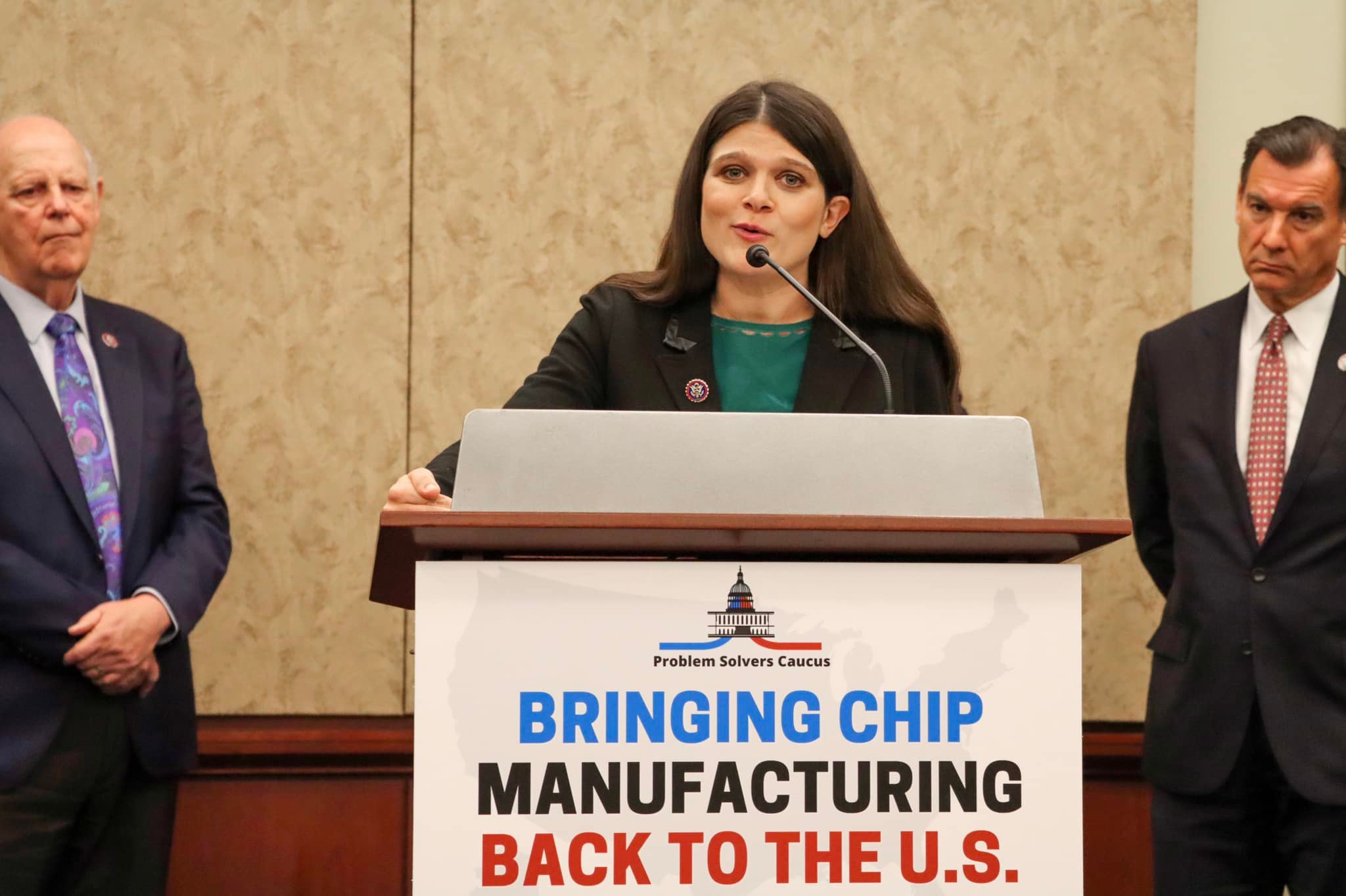 The race between the two Democrats became extremely heated with many progressives lamenting the fact that outside spending, primarily from Jewish organizations, was affecting the race.

J Street pointed out that AIPAC and UDP count prominent Republican supporters among their donors. The organization congratulated Levin for a hard-fought race and said it was disappointing that Levin will not be representing the state in Congress anymore.

“Faced with an onslaught of right-wing outside spending and baseless smears, he never wavered in his support for what’s right. J Street is proud of all we did to support his re-election and defend him from unfair attacks,” J Street wrote in a news release.

J Street said that Levin’s views on Israel represent the mainstream of the Democratic Party and called on party leaders to “make absolutely clear just how harmful and unwelcome AIPAC’s interventions in its primary contests are.”

“This aggressive intervention in Democratic primaries—by a group funded in part by Republican mega-donors— to promote an unpopular agenda is harmful to American foreign policy, to the Democratic Party, and ultimately, to the State of Israel,” stated its release. “Perhaps most distressing is the disregard for democracy being shown by a group that endorses and funds 109 Republicans who voted to overturn the 2020 election on Jan. 6, promoters of the Big Lie like [Reps.] Jim Jordan [R-Ohio], Scott Perry [R-Pa.] and more—while attacking candidates like Andy Levin and [former Maryland Rep.] Donna Edwards.”

“Powerful forces in our community targeted you because they can’t bear having a Jew in Congress who defends Palestinian freedom,” he tweeted. “One day, there will be many. They will remember your courage, and they will honor your name.”

In a statement conceding the race, Levin also blamed the pro-Israel funding for his loss.

“Unfortunately, I was also the target of a largely Republican-funded campaign set on defeating the movement I represented no matter where I ran,” he wrote, adding, “I will continue to speak out against the corrosive influence of dark money on our democracy.”

While pro-Israel organizations contributed to the astronomical levels of funding in the race, especially for Stevens, it’s unlikely Israel issues made the difference in the race, according to Rabbi Asher Lopatin, executive director of Detroit’s Jewish Community Relations Council and American Jewish Committee.

“The demonizing of AIPAC had no traction. I think Stevens won because people liked her regardless of her Israel stance, but her vocal support for Israel was only a positive. That’s significant,” he said.

Matt Nosanchuk, former White House liaison to the Jewish community in the Obama administration, who grew up in suburban Detroit and is Levin’s brother-in-law, agrees that it wasn’t the issue of Israel that determined the race. Rather, he pointed out, the focus on which politician has the correct opinion on Israel may have unintended consequences.

“The lack of openness for progressive expressions of support for Israel, Palestinian human rights and a two-state solution only serves to deepen the divisions among Jews and further alienate younger, pro-Israel Jews,” said Nosanchuk. “I hope people will step back and ask what the long-term impacts are of driving a progressive Jew like Andy Levin—whose voting record on Israel was virtually indistinguishable from that of his opponent—from Congress.”