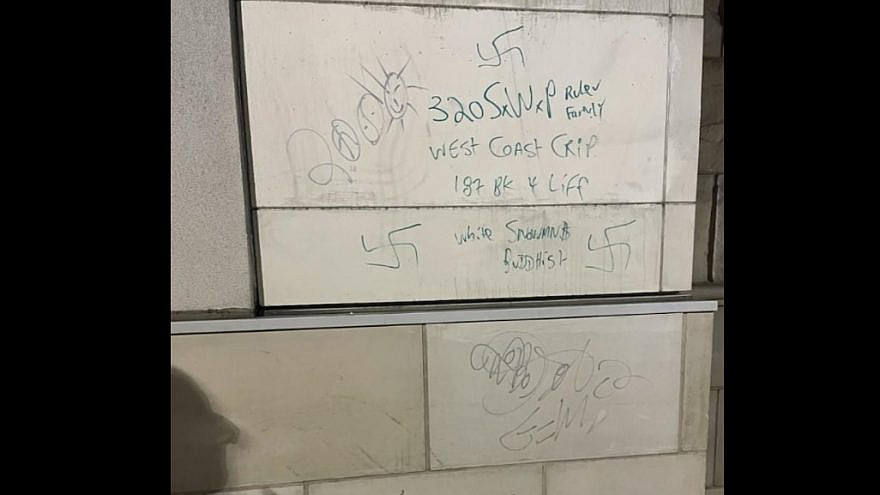 Officials at the San Diego State University are expressing their solidarity with the school’s Jewish community after reports that swastikas were painted on a student housing building.

“Speech and use of symbols that are anti-Semitic or encourages hatred of a particular group are reprehensible and counter to the environment we support at SDSU,” said school officials in a statement on Thursday. “Such base acts are full of cowardice. Anti-Semitism and other hate-motivated actions have no place at or near or home at SDSU, or anywhere.”

The Daily Aztec, a university newspaper, reported that the swastikas were found on South Campus Plaza North Tower and that university police were investigating. According to information on the school’s website, the building has retail outlets on the bottom floors with student housing above.

“Acts of hate like this are disgraceful and cowardly; that swastikas vandalized a home of Jewish students is especially reprehensible. This demonstration of hate, bigotry and intolerance will not be tolerated,” SDSU’s Jewish leaders wrote in a joint statement. “We stand in solidarity with our Jewish students and the entire Jewish community, and will continue to strive for a more inclusive and positive climate for all SDSU students.”

According to Hillel International’s College Guide, SDSU has approximately 30,000 undergraduate students with the Jewish student population ranging from 850 to 1,000.