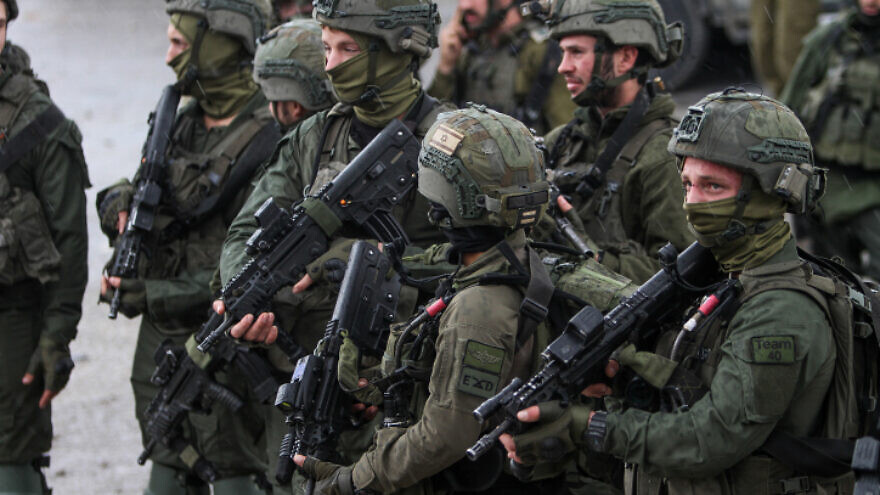 Israeli soldiers near the village of Burqah in Judea and Samaria, on Dec. 17, 2021. Photo by Nasser Ishtayeh/Flash90.
Spread the word.
Help JNS grow!
Share now:

(December 23, 2021 / JNS) A Palestinian terrorist opened fire on Israeli forces in Al-Bireh on Wednesday night, according to the Israel Defense Forces. The troops returned fire, killing the assailant. No Israeli casualties were reported.

The troops had entered the outskirts of the town, which is located just northeast of Ramallah, after suspicious individuals were identified approaching the adjacent town of Psagot, the military said in a statement.

According to the IDF, a gunman opened fire at the troops from a passing vehicle.

Disturbances broke out in the town following the incident, and Israeli forces had to employ riot-dispersal tools, the IDF said.