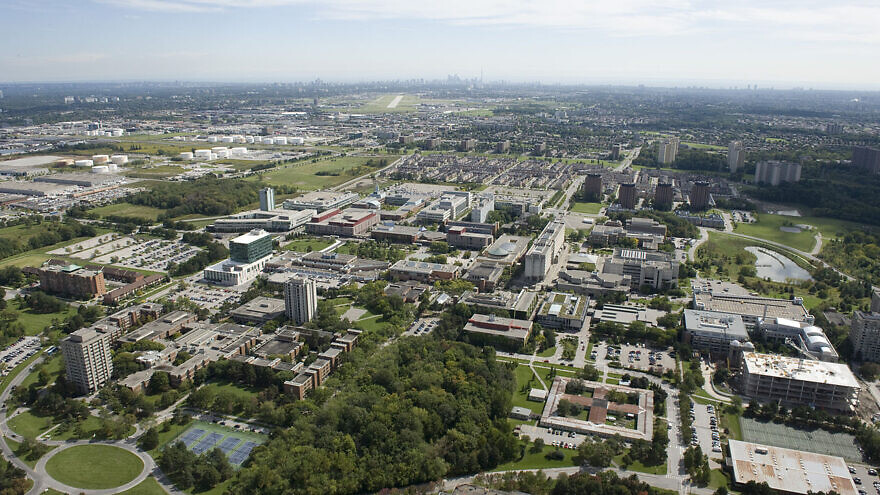 (June 9, 2022 / JNS) The Toronto Police Department is investigating after a threatening anti-Semitic message was drawn on the wall of a parking garage near York University.

The message, which said “shoot a Jew in the head,” was accompanied by an image of a person with sidelocks in the crosshairs with a Star of David.

“UJA Community Security has been made aware of anti-Semitic graffiti discovered near York University’s campus. This incident is particularly concerning given the vicious nature of the graffiti, which glorifies violence against Jews,” the UJA Federation of Greater Toronto said in a statement.

It continued: “UJA Community Security is in communication with Toronto Police Service about this alarming matter. As we work with police to evaluate any security implications for our community, we want to encourage community members to be vigilant in reporting vandalism or acts of hate.”

The Friends of Simon Wiesenthal Center in Canada tweeted being “sickened” by the graffiti.

“Such vile hatred breeds violence and must never be tolerated,” it said.

B’nai Brith Canada tweeted that it is “appalled and deeply concerned by the horrifying anti-Semitic graffiti found near York University. Jews in Canada continue to disproportionately be the victims of hate crimes.”

According to the Toronto Police Service Annual Hate Crime Statistical Report 2021, Jews were the victims of 22% of all hate crimes in the city—more than any other group.