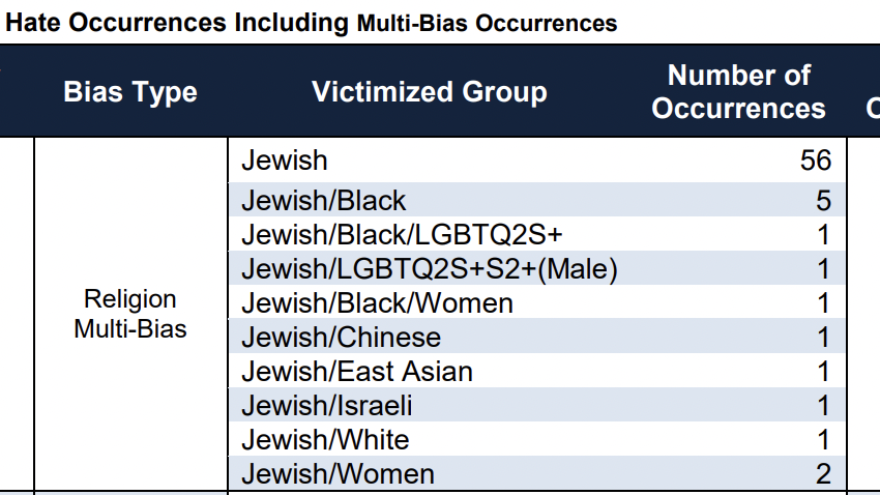 (April 28, 2022 / JNS) The Jewish community was the “most targeted” for hate crimes in Toronto, according to the Toronto Police Service’s 2021 Annual Hate Crime Statistical Report, which was released earlier this week.

“The Jewish community represents 3.8% of the population in the City of Toronto but was victimized in approximately 22% of the total hate crimes,” the report stated.

Of a total of 257 hate crimes recorded last year throughout the Canadian city, 56 of them directly targeted the Jewish community. An additional 14 cases involving Jewish individuals were classified under a “multi-bias” criteria, as the victim also identified with another minority group, such as black, LGBTQ2S or Israeli.

“The new TPS report is deeply disturbing, even if not surprising, given the overall upsurge in anti-Semitism we’re seeing across Canada,” said Michael Levitt, president and CEO of Friends of Simon Wiesenthal Center (FSWC). “Yet again, Toronto’s Jewish community has the unwanted distinction of being the most-targeted group of the city’s racists and bigots.”

Levitt added that “we know the situation is even worse than the official statistics as many victims of hate crime never report them to the police, especially when it comes to the widespread anti-Semitism and other hate-filled content online. The report underlines the urgency of training and providing tools to police, as well as additional efforts by government officials and schools, to combat this scourge which undermines the very fabric of our diverse society.”

Among the incidents last year were assaults on Jews in a local park and at a bakery, along with instances of vandalism, including one blaming Jews for the Sept. 11 terror attacks in 2001. 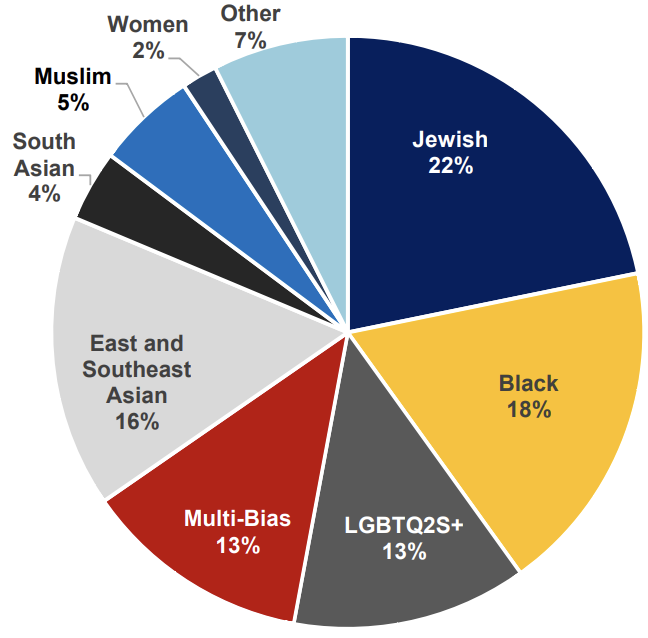 Credit: Courtesy.
Republish this article in your newspaper or website