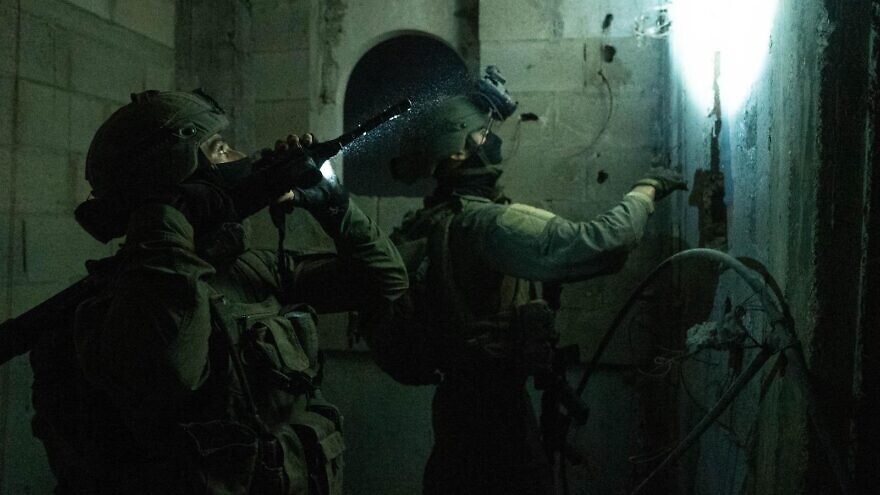 (December 8, 2022 / JNS) Three Palestinian gunmen were killed in a battle with Israeli security forces in Jenin on Thursday, according to Palestinian and Israeli media reports.

Israeli forces came under fire after entering the city to arrest suspected terrorist Khaled a-Hija, according to the Israel Defense Forces.

In Ramallah, individuals were questioned over Wednesday’s attempted drive-by shooting on an IDF position near the Jewish community of Ofra.

On Sunday, one Palestinian was reported killed and six wounded during clashes with Israeli forces, and a senior Palestinian Islamic Jihad operative was arrested. Israeli troops had entered Dheisha Camp in Bethlehem to arrest suspects affiliated with the Popular Front for the Liberation of Palestine terrorist group.

The raids are part of the IDF’s ongoing “Operation Break the Wave” counter-terror operation, launched in March following a string of deadly terrorist attacks in Israeli cities.