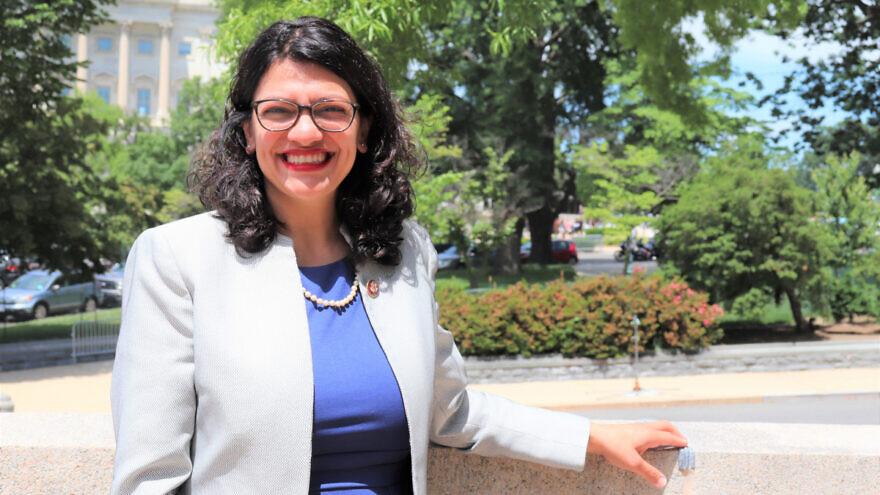 (February 9, 2022 / JNS) The campaign of Rep. Rashida Tlaib (D-Mich.) has given $170,000 to a political consulting and advocacy firm run by an anti-Israel activist who called Israel an “apartheid state,” reported Fox News.

Unbought Power LLC is led by Rasha Mubarak, who describes herself as a “Palestinian Muslim American community activist.”

The firm has received $147,000 from Tlaib’s campaign since March 2020 and another $23,000 from her leadership PAC since October 2020, according to Federal Elections Commission (FEC) filings. Mubarak is also listed as the “treasurer” of the leadership PAC called “Rooted in Community Leadership.”

In May 2021, amid 11 days of violence between Israel and Hamas in the Gaza Strip, Mubarak tweeted: “These aren’t clashes— it’s an ongoing occupation. These aren’t evictions— they are forced expulsions. This isn’t a conflict— it’s settler colonialism, it’s ethnic cleansing, it’s oppression, it’s apartheid.”

She also attacked Rep. Ted Deutch (D-Fla.), who is Jewish, on Twitter in September after he criticized Tlaib for calling Israel an “apartheid state.”

“Oh look it’s [Deutch] throwing another tantrum,” tweeted Mubarak. “He used his time to attack [Tlaib] for underscoring facts also made by Human Rights Watch [and B’Tselem]—Israel is indeed an apartheid state. He’s flustered [because] how else does one rebuttal the truth? Bullying [and] disparagement.”

Mubarak has also publicly called for defunding the police multiple times, according to Fox News.