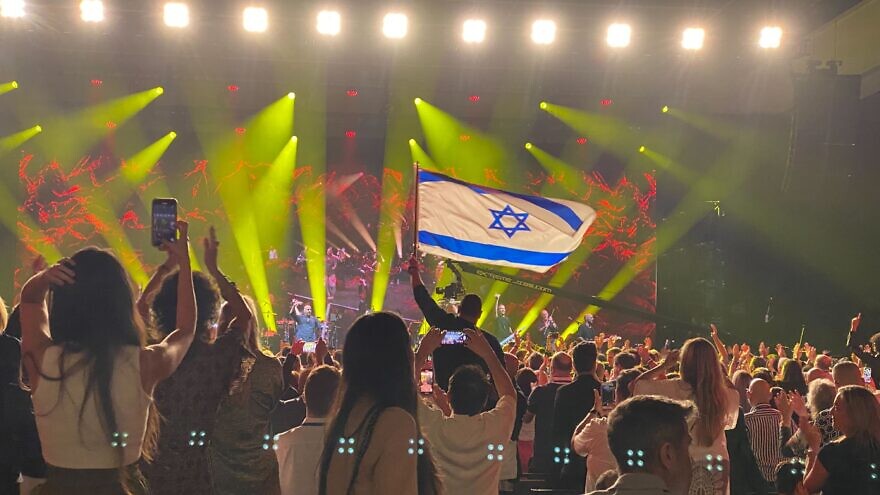 For many of the 3,000 attendees, the conference is an annual destination where they reconnect with other Israelis living in the United States. Walking through the halls of the Diplomat Hotel in Hollywood, Fla., Hebrew took over as the majority language in a part of the state known for its significant Jewish population.

Those gathered came for a weekend of music, culture and political discussions on issues from foreign policy and Diaspora relations to the growing concern of global anti-Semitism.

IAC’s summit, like most such conventions in 2020, had to be canceled last year because of the coronavirus pandemic.

This year, the decision was made to go ahead with the conference with precautions in place, including mandatory rapid COVID-19 tests for all those entering the conference center attached to the hotel for the first time. Staff handed out surgical masks to anyone without one.

“The IAC is very important because we have a lot of Israelis right now in America, and it’s a bridge; it tries to make a bridge between the Israelis and the Jewish community, and also America in general,” said Nathalie Miller of Austin.

This was her second conference (the first being before COVID), and she noticed the differences.

The communal Shabbat dinner, for example, previously was completely indoors. This year, it was moved to the sprawling poolside terrace facing the beach.

There were interviews with high-ranking Israeli military officials about Israeli defense; scholars and activists grappling over anti-Semitism; and journalists speaking about current affairs.

Miller said she would have liked to see more about the Hebrew language. During her previous experience, for instance, there were more Israeli writers.

This year, the Israeli culture was represented by musicians during most plenary sessions, including Israeli rock-pop star Rami Kleinstein on Friday, a surprise performance by Gad Elbaz during Saturday’s plenary session and topped off by the highlight performance of the Idan Raichel Project on Saturday night.

The plenary sessions—massive productions filled with colored lights in a large conference hall—fit the theme of the conference: “Israel. Together.”

“I enjoy the revitalization that comes from being with a bunch of people who support Israel,” said Galit Lev-Harir, an IAC activist who moved to Israel in 1987 from St. Louis, only to be returned to the city through her company, Amdocs, in 1998. “A lot of times when we’re in our communities and not able to reach out to others, we think, ‘Why do we do this work? Why do we keep putting on all of these pro-Israel events and nobody appreciates it, and it’s a lot of work and we’re all volunteers and not getting paid for doing all of this?’ And then we come to a conference like this, and we realize how important it is to support Israel and to be a bridge between the American Jewish community and Israel, and to show people why we love Israel and why this work is important.” 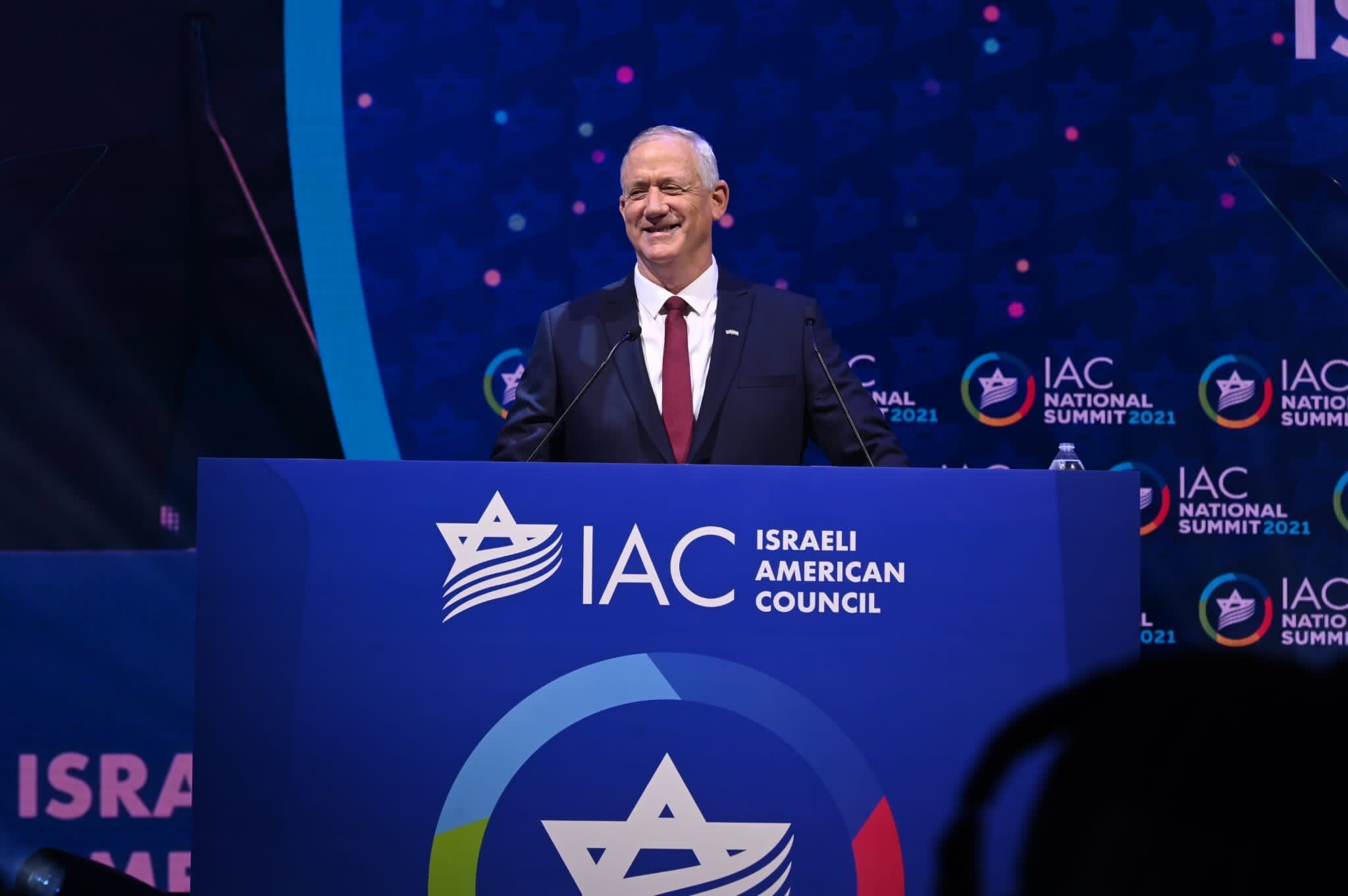 Many noticed the active effort to keep partisanship out of the conference, inviting Israeli and American politicians to speak from both sides of the aisle.

Politicians such as Labor Party Knesset member Nachman Shai, Israel’s Minister of Diaspora Affairs, and the Likud Party MK Mir Barkat, were both interviewed on stage during Thursday’s plenary, telling the audience of their importance to Israel and Defense Minister Benny Gantz keynoted Friday’s plenary. All expressed their belief in the importance of strengthening relationships with the Jewish Diaspora in the United States and elsewhere.

‘A message of who we are’

But as much as coronavirus could be pushed out of view for a few days, its effects were still felt. Many noted that some of the production was toned down and the speakers, especially American politicians, were not as prominent as in previous years.

This year, pro-Israel progressive Rep. Ritchie Torres (D-N.Y.) was the highest-ranking American politician. He was interviewed during the Saturday plenary session by IAC board chairman Naty Saidoff. The audience enthusiastically received Torres, with Saidoff noting his popularity among the attendees. He was given a standing ovation at the end of the interview. 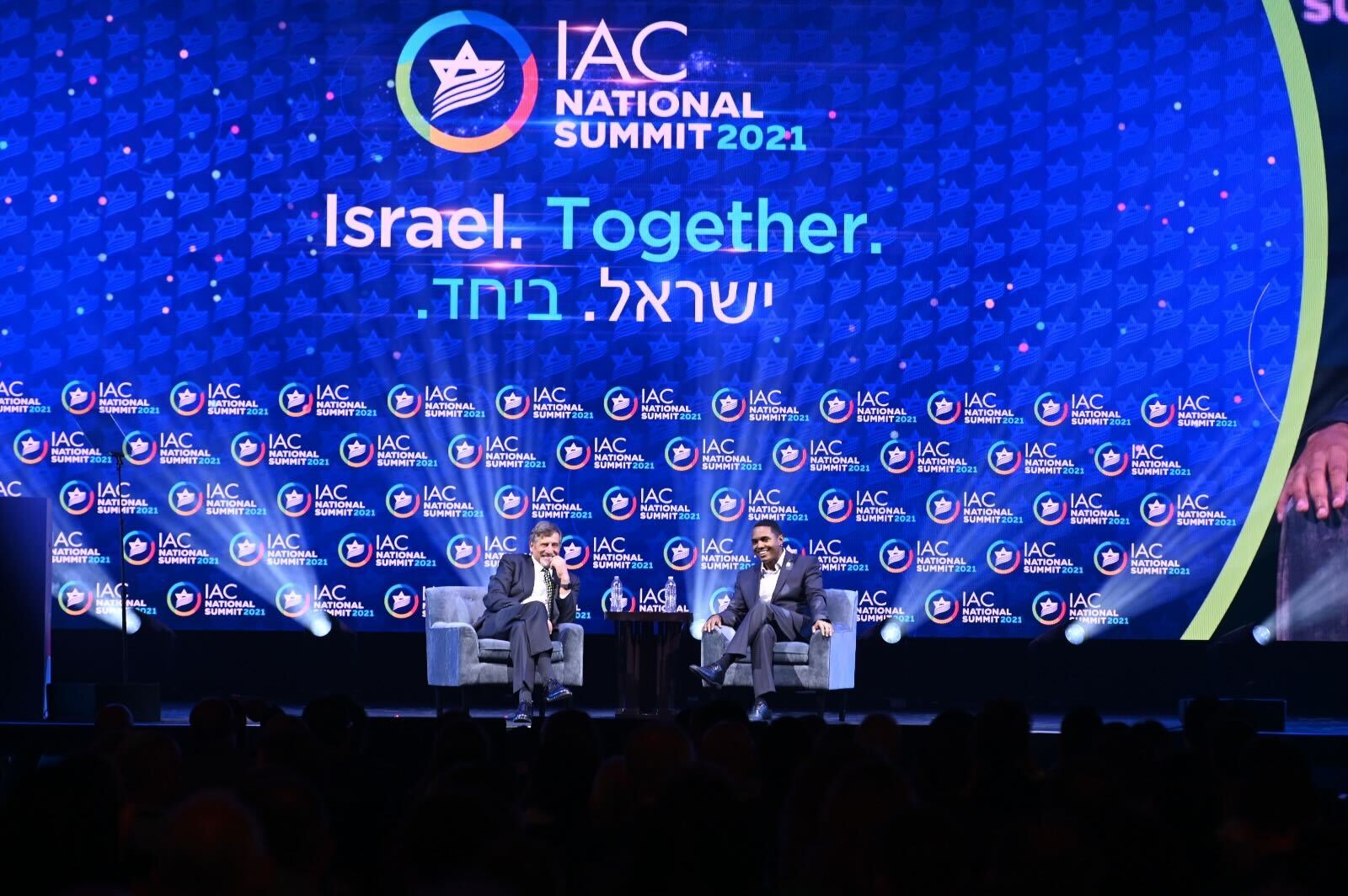 Attendance was also down from previous years, which usually drew as many as 4,000 people.

Still, few complained. Nearly all were happy to be there after a difficult nearly two years of isolation due to the ongoing pandemic, coupled with a recent conflict with Hamas in Gaza and the bout of anti-Israel sentiment that followed in the United States and abroad.

Surrounded by high-rise resorts and a beckoning beach, many noted that the location could have been Tel Aviv, rather than South Florida.

IAC co-founder and CEO Shoham Nicolet pointed to the multigenerational nature of the conference with entire families in attendance.

Teens, college students and young professionals had their own events during the summit, which focused more on entrepreneurship, networking and how to represent Israel in the hostile anti-Israel environments they find themselves in their schools or among peers.

Amit Kleinberger, who is on IAC’s Los Angeles Council, said that for him, the theme of the summit was unity.

“[It’s] a wonderful connection to our origins, to our roots,” he said, bonding “communities around the country and bringing a great message of who we are. This conference is really just about bringing home and further enhancing this bond that all of us Israelis living in America have together. Israelis are Israelis, whether they live in Israel or outside.”