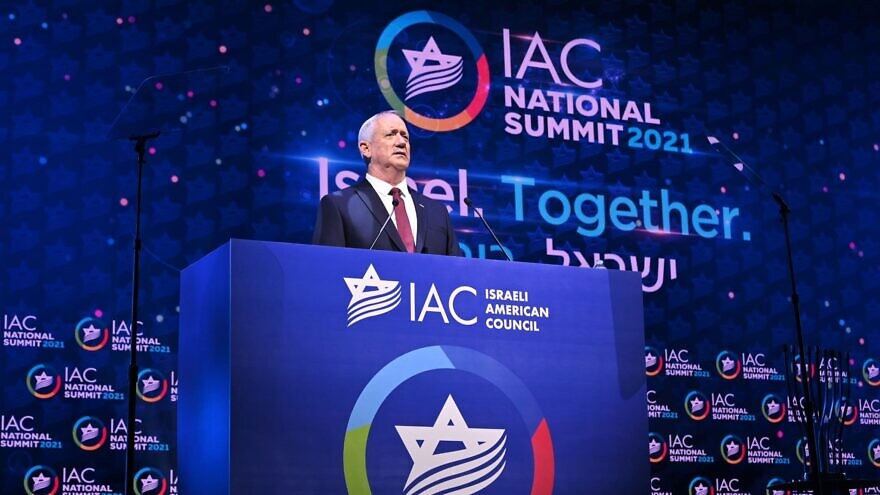 “Israel is the only country in the world that has a country, Iran, seeking its destruction and building the means to do it. As Israel’s minister of defense, I will never let it happen,” he told some 3,000 participants at the summit.

Gantz spoke at the summit one day after a series of meetings in Washington with U.S. officials, including Secretary of State Anthony Blinken and Secretary of Defense Lloyd Austin. Gantz said he underscored in his meetings that while Tehran is clear about its intentions towards Israel, it threatens more than the Jewish state.

“Iran not only poses a physical threat but also a concrete threat to our way of life and to our shared values,” he said. “Iran seeks to destroy all traces of freedom, human dignity and peace in the Middle East and beyond. This is why the international community, with U.S. leadership, must stand together and act forcefully against Iran’s hegemonic aspirations and nuclear program and restore stability for the sake of global peace.”

Gantz also discussed the need for Israel and Diaspora Jewry to unite as one Jewish people, as they have before in times of crises, noting “a new trend—anti-Semitism presented as anti-Zionism.”

At the same time, he said, Israel realizes that it can no longer take support from Diaspora Jews for granted, and so the government is committed to strengthening ties with Jews everywhere. Referring to the Western Wall—one of the holiest sites in Judaism—he said that “Israel is the home of all Jews, and the Kotel is long enough for all of us.”

IAC co-founder and CEO Shoham Nicolet welcomed Gantz’s address, saying he “outlined the critical challenges that Israel and Jews in the United States and around the world are confronting. By addressing our Israeli-American and American Jewish communities right after meeting with U.S. leaders, Defense Minister Gantz  also underscored how, by uniting together, we can strengthen the strategic bond between the people of Israel and the people of America.”

The IAC National Summit is being held at the Diplomat Hotel in Hollywood, Fla, from Dec. 9-11. Some 3,000 global activists, entrepreneurs, influencers and thought leaders from business, education, philanthropy, technology, innovation and politics are among those attending. 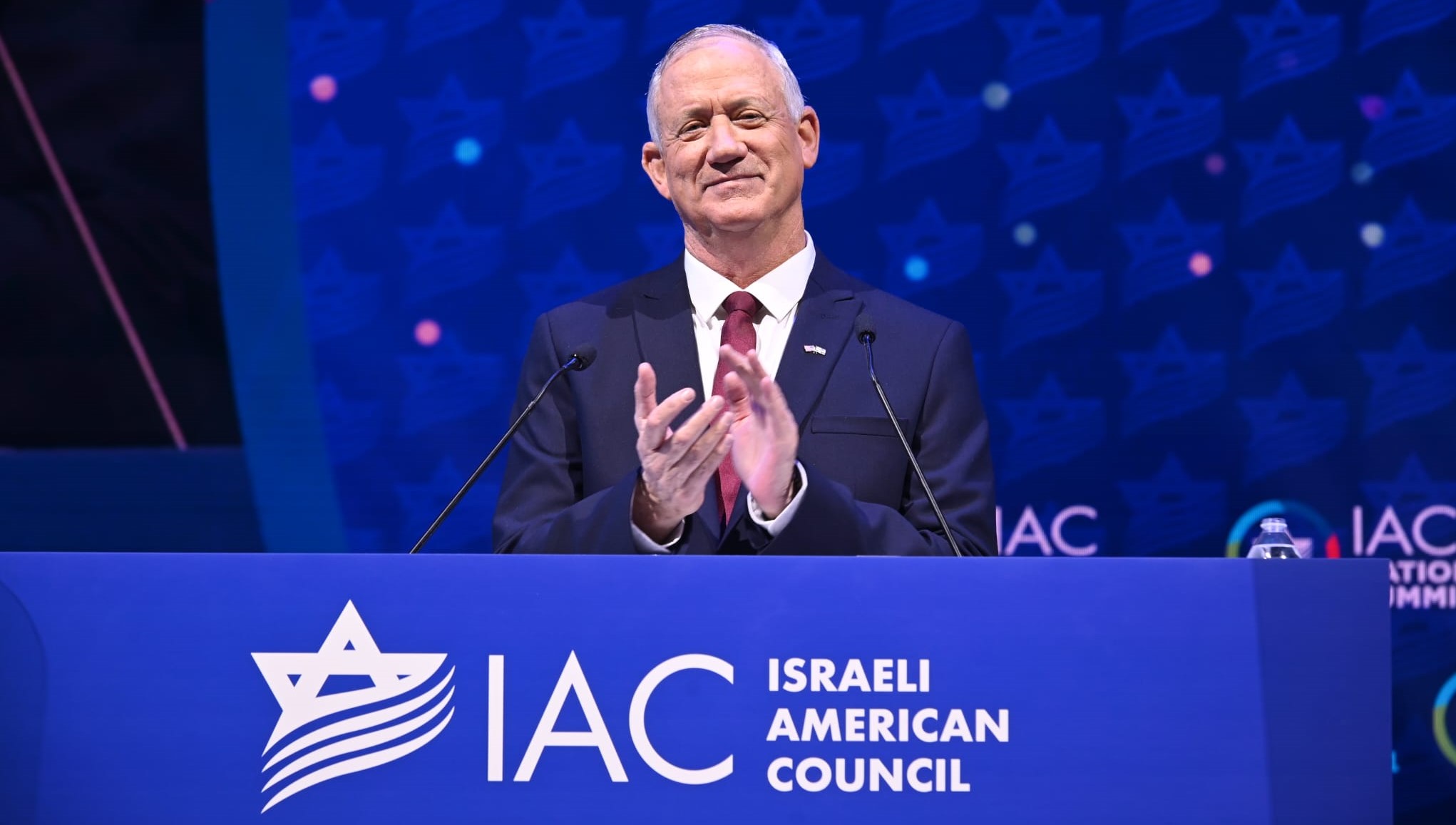 Israeli Defense Minister Benny Gantz addresses the Israeli-American Council National Summit in Hollywood, Fla., discussing the threat of Iran and Israel’s efforts to reach out to Diaspora Jewry, Dec. 10, 2021. Photo by Noam Galai.
Republish this article in your newspaper or website