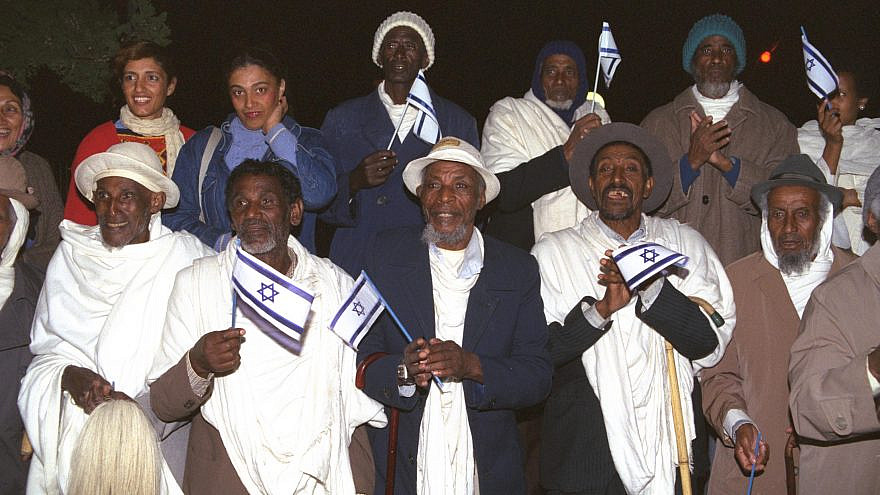 (May 24, 2021 / JNS) Ethiopia was in the midst of a brutal civil war in 1991 when Israel decided to launch an intrepid mission that would bring 14,325 Ethiopian Jews to Israel over the course of 36 hours. The covert operation used 35 aircraft to do so, with the Israeli Air Force and its national carrier El Al having stripped its planes of seats to cram in as many souls on board as possible. It was accomplished while Yitzhak Shamir was prime minister.

While “Operation Solomon” was the third major mission (after “Operations Moses” in 1984 and “Operation Joshua” in 1985) bringing Ethiopian immigrants to Israel, it was also the largest and most complex aliyah mission to date, according to those involved.

The Jewish Agency for Israel, the American Jewish Joint Distribution Committee (JDC), the Israeli Ministry of Foreign Affairs, the Mossad and the Israel Defense Forces all worked alongside the Jewish Federation of North America and the American Association for Ethiopian Jews to bring this group of men, women and children home and save them from a fate where, at best, they were certain to be subjected to political upheaval. 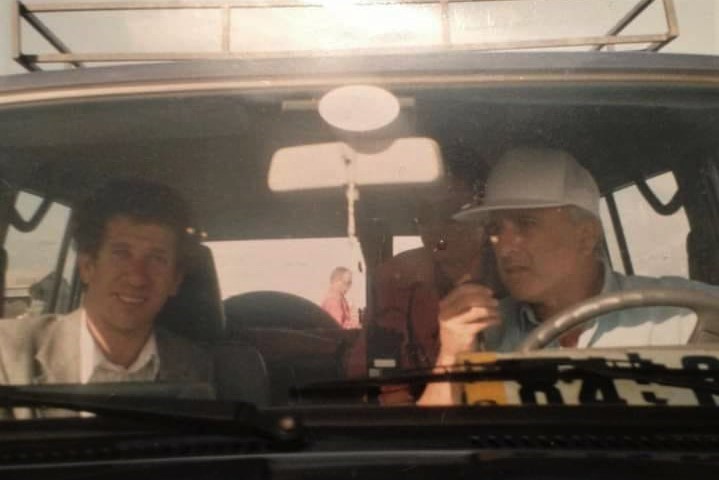 But behind the logistics are very real emotions regarding what people felt 30 years ago during that time and what they’ve held in their heart since. Below are just two of so many different stories.

Avi Mizrachi: The man on the ground

As the Jewish Agency official in charge of operations at Addis Ababa airport where those 35 planes were set to whisk Ethiopian Jews to Israel, Avi Mizrachi had his work cut out for him. A year earlier, in September of 1990, the 38-year-old was sent to Ethiopia to help set the stage for the mission that would take place six months later.

“I couldn’t sleep all night when the authorities approved the operation because I knew at 6 a.m. sharp, I would need to help usher thousands of people onto the plane in an efficient and quiet manner,” he remembers. “I was up with my staff all night. I think we slept maybe an hour.”

At dawn, the Ethiopians began to trickle in, and his heart sank when he saw many of them with suitcases. Because of weight limits, they were instructed to leave their belongings at home, save for a few Judaica items. 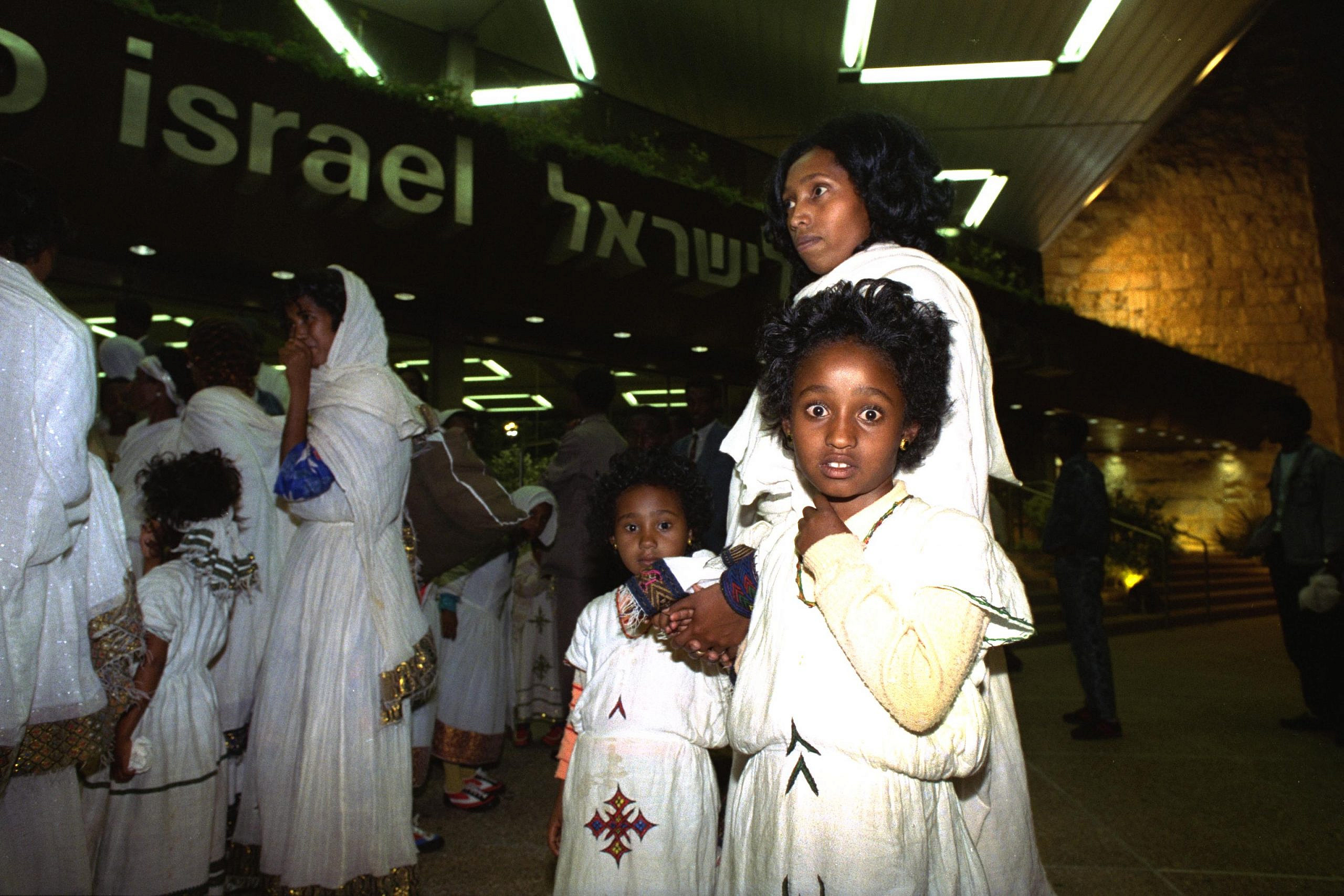 New immigrants from Ethiopia after their arrival in Israel as part of “Operation Solomon” in 1991. Credit: Alpert Nathan/GPO.

“We had to confiscate the suitcases and put them aside; that was not an easy choice. These families had nothing, so taking anything from them felt cruel, but it’s what we had to do if we wanted to get everyone safely on the plane,” he lamented.

Thirty years later, he marvels at the Ethiopians’ patience and compliance, many of whom had never left their city, much less ever seen a plane before.

“ ‘Operation Solomon’ couldn’t have happened with any other ethnic group other than Ethiopians,” said Mizrachi. “Nobody pushed or shoved to be first in line; I never heard a single child cry, even though there were many of them. They were orderly, quiet and paid attention to instructions.

“And when they landed in Israel, they immediately kissed the ground,” he added. “I’ll never forget that moment.”

Although Mizrachi no longer works for the Jewish Agency, he makes a point of greeting every single flight of Ethiopian new olim, who as a people carved a huge place in his heart.

“It doesn’t matter if it’s the first flight or the 20th, the heightened emotions are still the same,” he said. “I’ll never be immune. It’s like having another child; every time you come home with the baby in your arms from the hospital, it’s a life-changing experience.”

Today, Racheli Tadesa Malkai runs a successful nonprofit organization that encourages and empowers Ethiopian women to become independent and self-sufficient in their personal and professional lives. But at 8 years old, the little girl who tentatively boarded a plane for the first time certainly didn’t know what the future would hold in the land of “milk and honey.”

“I had seven brothers and was the only daughter. It was expected of me to help a lot around the house, so I grew up very fast,” she explained. “This made me very independent and why I care so much for women. I want them to know that they don’t need to wait for someone to give them permission to change their lives. They can do it themselves.”

Malkai, though, believed that had she stayed in Ethiopia, this realization of female empowerment would never have dawned on her. 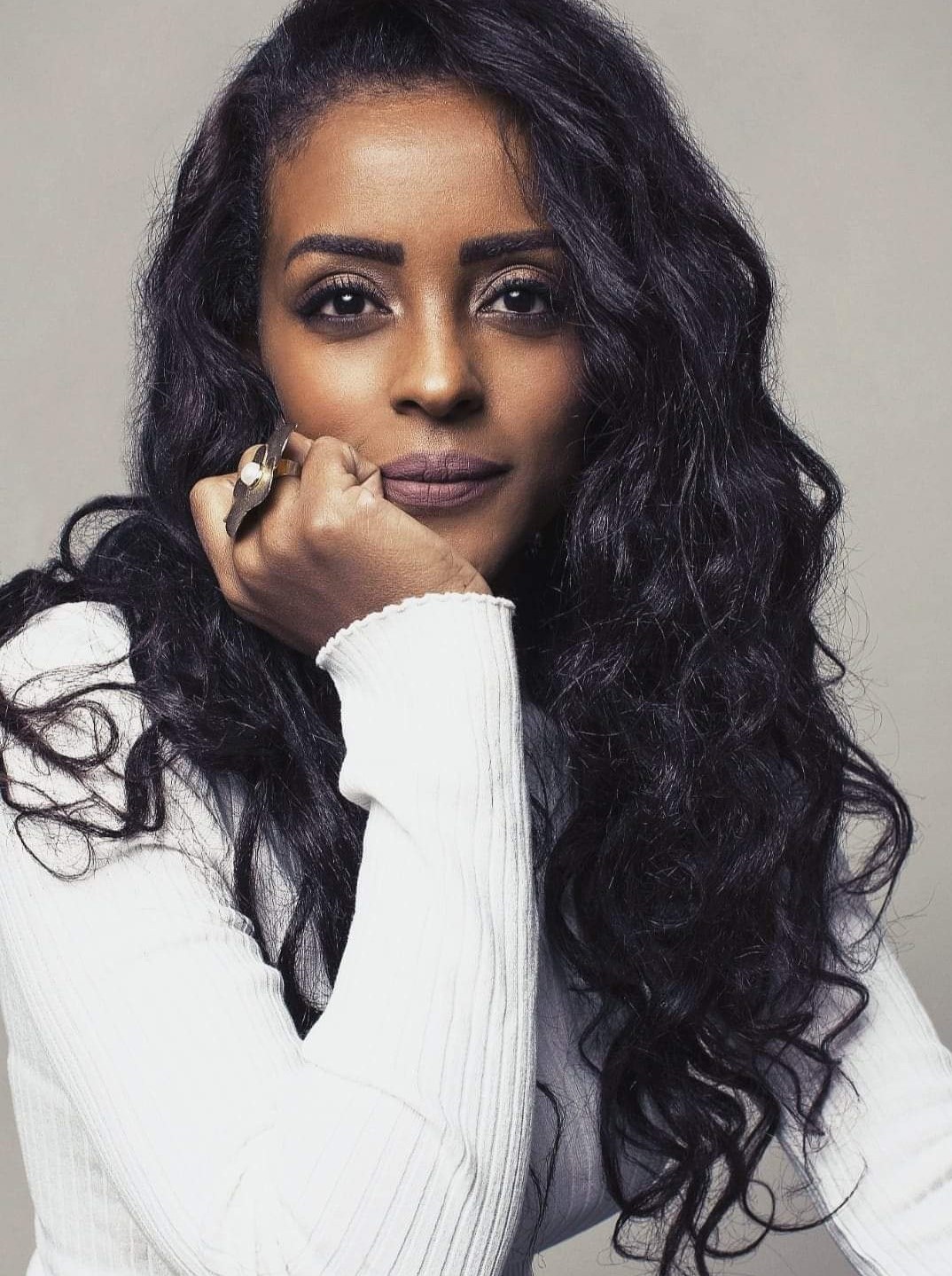 Not only because in Ethiopia she wouldn’t have had the freedom to become a self-starting entrepreneur, but also because diving into the deep end of the aliyah pool at a young age made her acquire instant adult life skills.

“I was the one responsible for helping my parents with the language [Hebrew] and adjusting to life here. The older generation had more of a difficult time acclimating to life in Israel. They often left their entire career back home and never really started up again when they arrived here,” she said. “So the younger generation had to look out for them.”

Although the mission was a successful one, adjusting to Israel’s modern lifestyle, customs and traditions proved challenging for Malaki and her peers.

Adding to the adjustment process, upon arriving in Israel, she was asked to change the Ethiopian name her parents gave her, Amevet, to the one she goes by today. That, of course, was common in the early days of Eastern European immigration and the original Zionist pioneers, and even for Americans who moved to Israel after the establishment of the modern-day state in 1948, but harder for children.

She noted that “subsequent olim from Ethiopia are not expected to change their names, and many bring over their traditions from back home with pride.”

In many ways, she said “Operation Solomon” sparked an evolution of Ethiopian aliyah where transitioning to Israeli life became markedly easier, both because Ethiopians knew what to expect from Israel and vice versa.

“Luckily, olim today don’t have to go through the same drastic changes we did. We were so naive, and we didn’t know we could push back. Now we know to fight for what’s ours. So with every operation, each oleh is a little bit more empowered.”

And despite the hardships, Malkai stressed that she is grateful for the ground she walks on.

“I’m so happy to be here. I never even think back to what my life would have been if I stayed in Ethiopia. Even with Israel’s faults, this is my country,” she said. “I’m a Zionist, and I’m always thinking about how I can make life better here for my community, who dreamed for generations to be part of Am Israel—“the People of Israel.”